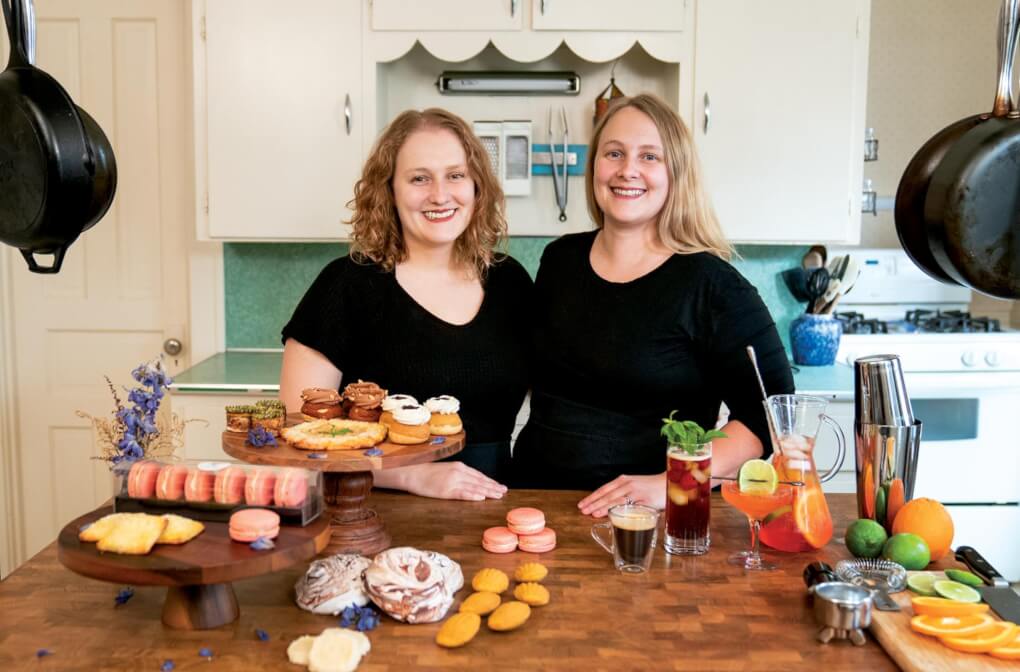 The volume of baking done during the pandemic turned a lot of home kitchens into makeshift professional operations.

In a way, sisters and Grand Valley alumnae Alyson ’12 and Mallory ’17 Caillaud-Jones did the same, as they used that time to scale their business and move from baking in a home kitchen to (soon) opening a storefront.

In 2019, the sisters opened Chartreuse Sisters and began formally selling the unique French-American pastries they baked in their own home kitchen and, later, their parents’ larger kitchen. (Anne Caillaud, associate professor of French at Grand Valley, is their mother.) The sisters amassed a steady following and began offering subscription boxes filled with pastries, selling their goods at pop-up shops and catering weddings. Soon, they will open a patisserie/cafe in Grand Rapids.

Their products are inspired by their French-American heritage. Mallory, who earned a bachelor’s degree in theater and women and gender studies, said, for example, her pie crust is made with egg yolks — common in France but not the U.S.

“People love our Minonettes (2.5 inch square pies) because of the addition of egg yolk in our French-style pie crust, which makes it flaky and rich,” she said. “An example of our French-American fusion style is when we take the French chou pastry technique and incorporate American flavor profiles, such as our S’mores Chou!”

Mallory recalled baking in her living center kitchen at the Frederik Meijer Honors College. “Even in college, I enjoyed baking and published a baking blog,” she said. “Food is such a nostalgic part of our lives and through our experiences of traveling and studying abroad, we’ve been able to explore unique flavor profiles that we incorporate into our products.”

Alyson earned a bachelor’s degree in film and video and, in addition to helping bake, manages their website, chartreusesisters.com, including videos and food photography. She talked with Mallory about opening a cafe when the sisters were in Detroit at a coffee bar/pastry shop. 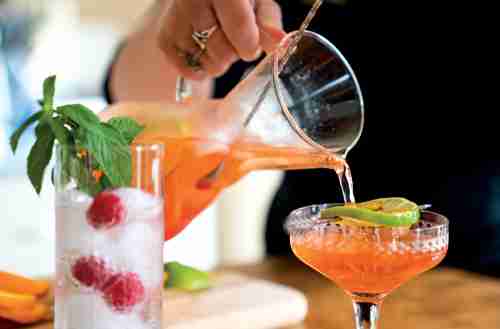 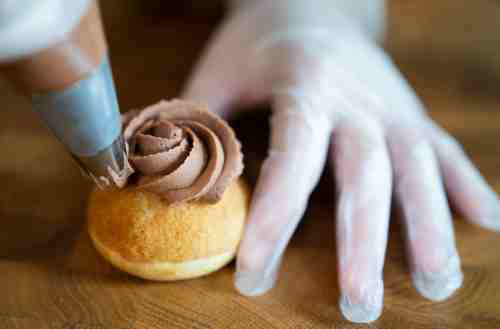 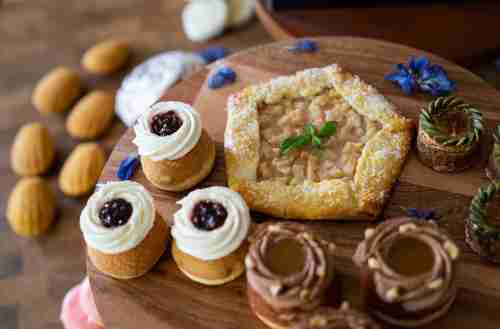 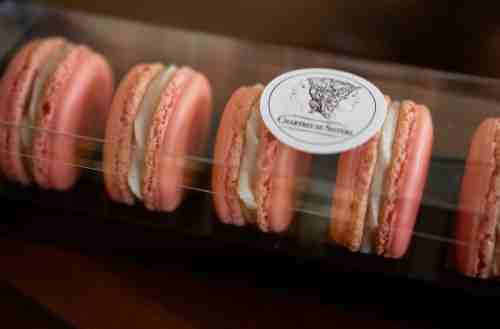 “We were hitting capacity at 60 subscription boxes per month,” Alyson said. “We operate now under the cottage food law but there is a cap on how much money you can earn under that law and we are hitting that cap. It’s always been our dream to open a patisserie and get our own space.”

That space will be on the corner of Eastern and Wealthy streets in Grand Rapids, an area known as Uptown and one that the sisters know well. “It was always important to us to open our storefront in the neighborhood we grew up in. We have driven and walked by this shuttered location since we were young and are excited to be a part of the rehabilitation of this gem,” Alyson said.

Now vacant, their space will undergo a renovation. The second version of Chartreuse Sisters (complete with two commercial ovens) is expected to open in late winter or early spring.

When the patisserie/cafe opens, Alyson’s role will be barista and mixologist, creating coffee, espresso and non-alcoholic drinks. She joked that the pandemic made her a self-trained mixologist but with alcohol in her own concoctions.

Alyson said the coffee and non-alcoholic drinks adds to their niche and has helped their business plan. “We are excited to be one of the first cafes in Grand Rapids to offer a luxurious, non-alcoholic experience,” she said.

Learning to scale their business has taken patience and time. Along the way, the sisters have entered competitions for entrepreneurs like Start100, sponsored by Start Garden, and the 53 Voices Pitch Challenge, sponsored by Michigan Women Forward. They’ve received advice from the Michigan Small Business Development Center and SCORE mentors.

And there’s the advice they did not follow: Never go into business with a family member.

“With our backgrounds in theater and film, we have both dealt with lots of rejections and learned to get back on our feet, which has made us and our business stronger.” Mallory said. “Because of our strong sister bond, we are able to show vulnerability while staying professional, which many people cannot do with their business partners.”