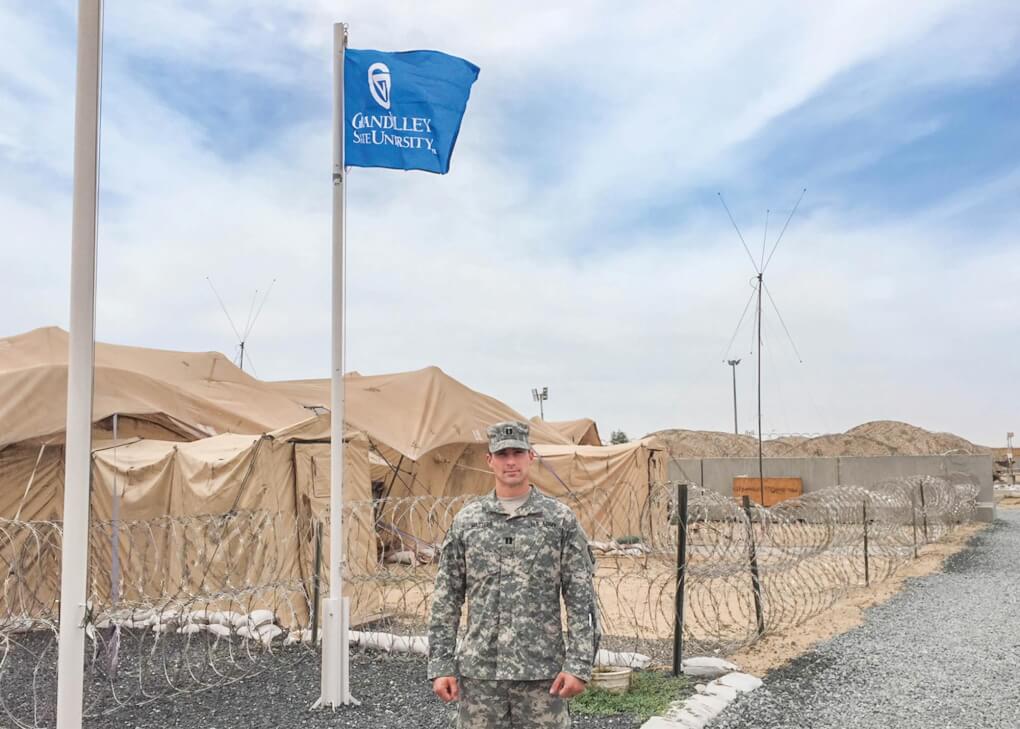 As an athletic trainer and physician assistant, Brittan Masters has been responsible for the health of high school student athletes, orthopedic patients, and more than 300 soldiers who were stationed with him in the United Arab Emirates.

Through these diverse stops in his career, Masters credits his Grand Valley education for helping him succeed.

"The faculty members who provided insight on the profession and guidance on a personal level helped me achieve my goals," he said. "Their influence on me has made me the person and professional I am today." 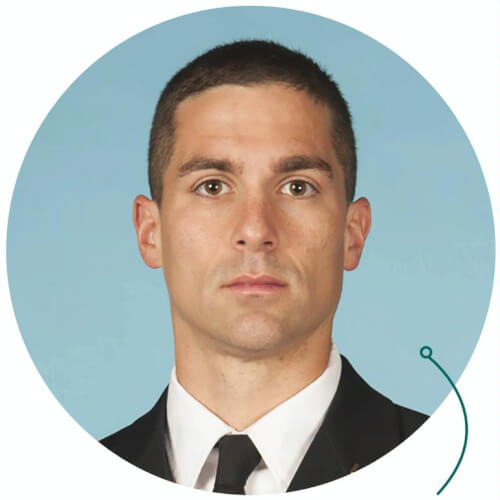 Brittan Masters '08, '09, '11, served in the United Arab Emirates and Jordan in 2015. Above, Masters stands on base where the Grand Valley flag was flown.

"I knew I wanted to pursue graduate education, but was unsure of a field. One of my professors encouraged me to research the PA profession," said Masters, a native of Morenci in southeast Michigan.

"I had never heard of it until that time but did the research and figured it would be perfect for me."

Throughout most of his time in graduate school, Masters worked as an athletic trainer at Union High School in Grand Rapids until his PAS clinical rotations started. Before graduating in 2011, Masters was commissioned into the Michigan Army National Guard as a second lieutenant. He said he felt a calling to join because no one in his family had served since World War II and it was time to give back.

What he found was a career destination. Masters was trained in Army medicine in Detroit during monthly drills and annual training sessions. After earning a master's degree and passing the certification exam, he transferred to the 182nd Field Artillery Regiment in Detroit as its battalion PA. When not performing Guard duty, Masters was working as a PA for a busy orthopedic office in Auburn Hills.

In 2015, he was deployed to the United Arab Emirates and Jordan, where he was responsible for the health of 300 soldiers. He said his orthopedic training complemented military medicine as about two-thirds of the patients he evaluated had musculoskeletal complaints.

"As a PA working for a private practice, I had to be able to work in multiple hospitals, ambulatory surgery centers, as well as our main office," he said. "As a military PA for an entire battalion, I had to learn the medical standards soldiers must meet to stay in the military.

"Army medicine is constantly changing, which makes it very exciting."

His deployment ended in 2016 and Masters accepted a permanent job with the Michigan National Guard as a brigade PA.

He is certified as an aeromedical PA after completing an Army flight surgeon course.

"It is truly rewarding to ensure the wellness of those troops who have signed on the line to commit a piece of their life to defending our country," he said. "There is no better feeling than that." 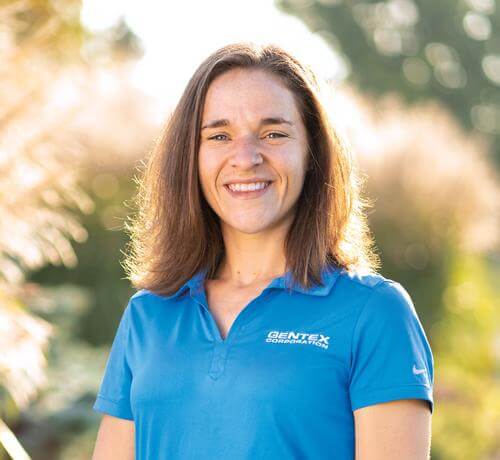