When Joseph Lentine talks about the precision needed to be successful when shooting an air rifle, he’s not kidding.

Lentine, a junior from Saline who is majoring in engineering, was 1/10th of a point away from a score of 580, which is getting close to a perfect air rifle score (600) during a match in Kentucky. The reason for missing by a 1/10th of a point? His shoulder twitched ever-so slightly.

Lentine is among 20 students who belong to the co-ed Rifle Club, one of 50 club sports available at Grand Valley. Club members practice at the Grand Rapids Rifle and Pistol Club in Wyoming.

Head coach Cameron Zwart, a 2007 Grand Valley graduate, said all students are welcomed regardless of experience. 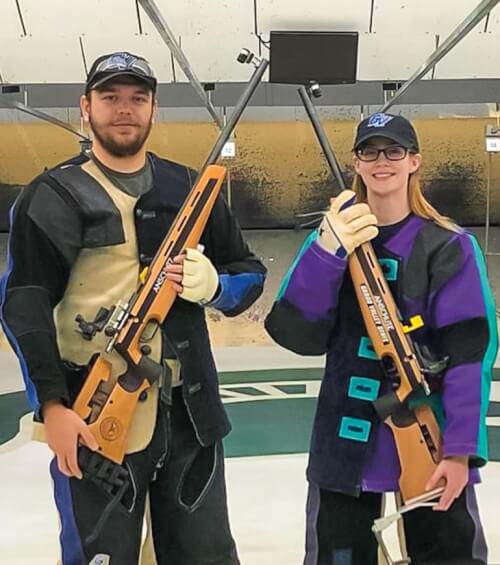 “We have novice and more seasoned competitors, most students have minimal experience and joined because they wanted to do something different,” he said.

Lentine did not have any experience with guns before arriving on campus as a first-year student. He noticed the club’s banner during Campus Life Night, an event held at the start of the fall and winter semesters for student organizations to recruit new members.

“I thought it would be interesting, so I showed up for a few practices and really liked it,” he said.

Grand Valley competes in the Western Intercollegiate Rifle Conference against teams from universities and colleges in Michigan, Wisconsin, Ohio, Indiana, North Dakota, South Carolina and Georgia. Lentine said they travel to matches but also compete in what’s known as postal matches, in which competitors shoot on their home ranges and exchange scores.

“This is a sport where it’s all on you, no one is going to pass you the ball.”

Like collegiate golf tournaments, Zwart and assistant coaches Gerry Cooke and Tim Schmeltzer will declare five members eligible for a match and take the scores of the top four shooters. Cooke established the club at Grand Valley in 1995 when he was a student, bringing the idea of a rifle club to Student Life with several other students who were interested in joining.

Lentine said he enjoys the pacing of shooting the air rifle. Competitors can take up to 75 minutes to complete their shots, each of the 60 shots are worth 10 points and shooters are aiming for a target with holes arranged in a rectangular pattern.

“We were at Morehead (Kentucky) State, and I needed to get a nine on my last shot. I took my time to get my breathing and heart rate down, but my shoulder twitched slightly when I shot, so I got a 8.9, 1/10th of a point away from 580,” he said.

Even at 579 points, Zwart said it was an air rifle school record.

“It takes practice. We can take a novice and get that person to the level of a highly competitive shooter,” Zwart said. “This is a sport where it’s all on you, no one is going to pass you the ball.” 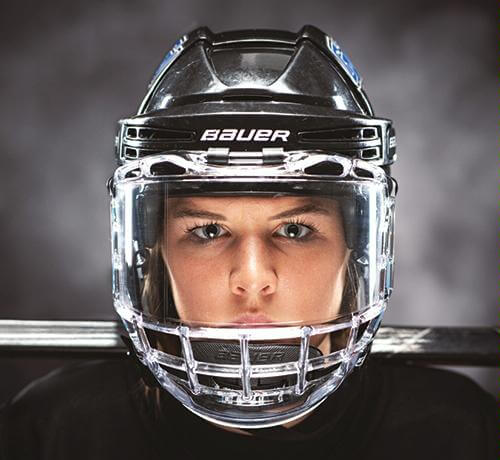 For team captain, hockey is more than a sport

From the days her father flooded the family backyard to create an ice rink, hockey has remained a constant in Allison Stapleton's life. 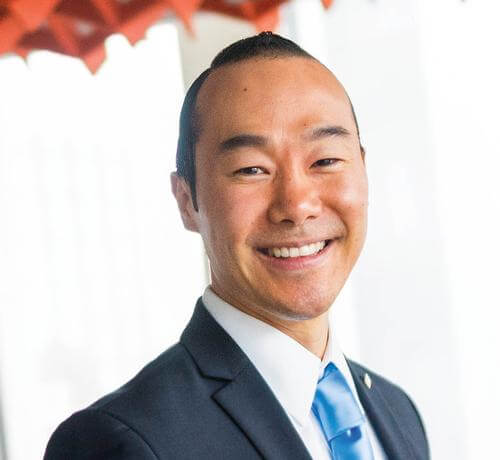 Kevin Patterson, '04 and '05, is a partner at BDO USA. He talks about his success and the important role Grand Valley graduates have at the accounting firm. 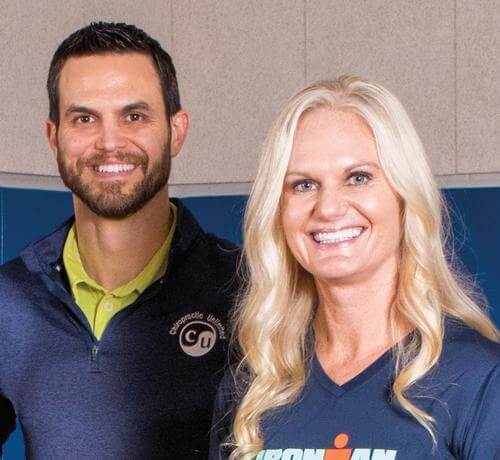 With a little help

In addition to her coach, it took a team of area health and medical experts to make sure Amy (Bross) Andersen got to the Ironman finish line in Kona, Hawaii.