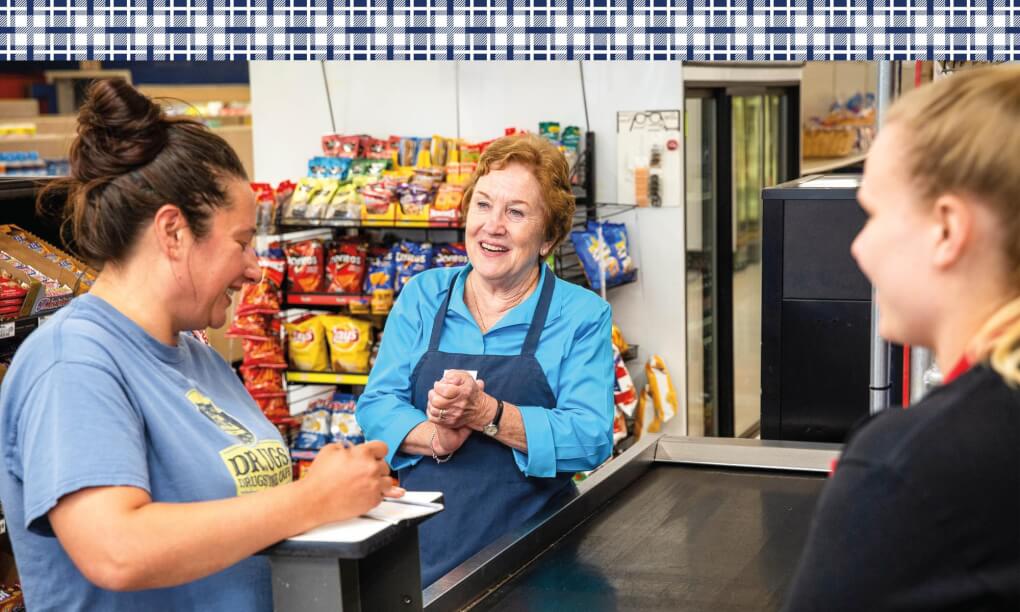 Listening to Laurie Finney Beard share memories of days gone by and describing what it was like to grow up in the small town of Virginia, Illinois, in the 1950s and ’60s was something right out of “The Andy Griffith Show.”

That television series, which aired in black-and-white from 1960-68, was set in Mayberry, a fictional town where life was simple and the cast of characters was close-knit and looked after each other.

Beard said Virginia, a farming community about 30 miles west of Springfield with nearly 1,600 residents, was, and still is, very much like Mayberry.

“My dad was the town pharmacist and owned Finney Drug Store on the town square. It had a soda fountain, so it was the popular spot where everyone gathered,” Beard recalled. “It was active and lively and everybody knew each other.”

Decades later, Beard’s idyllic memories would lead her to take a bold step to save her hometown grocery store.

After graduating from Virginia High School in 1969, Beard earned a bachelor’s degree in economics and finance from Millikin University in Decatur. She got married and moved to Chicago for a few years and worked as a bank examiner. Her family moved to Grand Rapids in 1976 and in 1981 she earned an MBA from Grand Valley.

Beard had a long, successful career in banking and remains tied to Grand Valley by serving on several boards. She was an investment broker for Paine Webber and A.G. Edwards & Sons before helping to start a new bank in Grand Rapids in 1991 — Founders Bank & Trust. She became president and CEO of Founders in 2001.

She retired from banking in 2016 as region president for Old National Bank in Grand Rapids, which had acquired Founders. She continues to serve on the Grand Valley University Foundation Board and the Seidman College of Business Dean’s Advisory Board.

Beard was named Alumnus of the Year in 2002 by the Seidman College of Business, and Distinguished Alumni of the Year by Grand Valley’s Alumni Association in 2013.

While Beard is grounded in Grand Rapids, much of her heart lies in her hometown. When her dad died in 2006 and her stepmother planned to move to Florida in 2012, she bought her childhood home.

“That home was built in 1885 and has been in my family since 1949. All my childhood memories were wrapped up in that house. It was like a part of me.

Beard would travel back to Virginia every few months to visit friends and check on the house. She still subscribes to the local newspaper, which is how she learned the only grocery store left in town was in jeopardy of closing.

“I was waiting for someone to step up and save it,” she said. “I was beyond words thinking about what would happen to my hometown if it lost the grocery store. I love my home town and I love the people.”

Beard also said she was intrigued by the opportunity. “I felt drawn to the challenge of it at this point in my life,” she explained. “Like there’s something I’m not quite done with.” 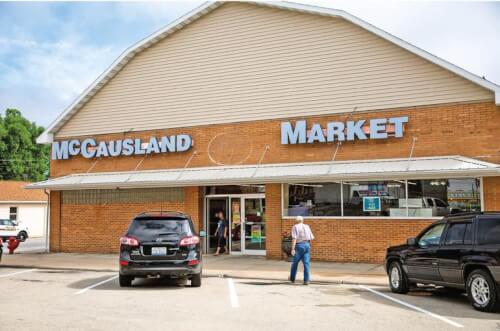 Laurie Finney Beard, ’81, purchased McCausland Food Market in an effort to save her hometown grocery store located in Virginia, Illinois.

The grocery store, McCausland Food Market, opened in 1961. It was a fixture on the town square, along with the county courthouse, the bank, the gas station and the drugstore.

The owner of McCausland died in December 2017 and Stephanie Hobrock, the store’s longtime manager and Beard’s high school friend, was doing all she could to keep the doors open.

“I pinched pennies, reduced the amount ordered, reduced employee force and spent some of my own money to keep the store afloat,” said Hobrock, a retired teacher of 42 years. “Laurie’s offer was like manna from heaven.”

Beard purchased the 6,000-square-foot store in March 2018 based on “huge amounts of nostalgia” but was well aware of the challenges ahead.

“I knew it didn’t make economic sense, but that wasn’t the leading factor for me at that moment,” Beard explained. “I knew what I was getting into, I grew up in retail. I had the store inspected and I did my homework.”

She also thought back to her very first job at her family’s drugstore — scrubbing the front door.

Currently serves on Seidman College of Business Dean’s Advisory Board

Previously served on GVSU Vice Provost for Health Advisory Board

Awarded an honorary Doctorate of Business in 2014

2002 Seidman College of Business Alumnus of the Year

Beard has done a lot more than scrub the front door. McCausland Food Market has a new roof, all new lighting, an upgraded electrical system and several new coolers.

She even switched wholesalers to find ways to lure new customers from the local Walmart 13 miles away.

“The wholesaler is helping us with ideas on what’s working and what’s not working for small hometown grocery stores,” she said. “We have lowered prices on many items and they are helping us reset the store with some new products.”

The tradition of delivering groceries upon request and carrying bags to customers’ cars will continue. Beard plans to put a few tables near the front of the store to encourage people to stay and eat and socialize. The tables will likely be near the single chair that has been by the front door for years.

“We have a longtime customer who runs the antique shop on the square,” Beard explained. “He comes in for the paper every day. We keep a chair by the front door for him. He will shop for a while and then will need to take a break. He loves to ‘people watch’ for a bit and then will finish his shopping.”

McCausland currently has 12 part-time employees and is open seven days a week.

Beard said while she understands the draw to “one-stop big box stores,” a grocery store can be the lifeblood for a small town.

“I’m bucking the trend. If we can get new people in to see the changes, upgrades and competitive prices, they will likely become loyal customers.” she said. “I know I’ve benefited from my work experience and what I learned in my master’s classes at Grand Valley. I’m determined to give this little grocery store my best effort.”

Beard learned about challenges and unending hope from her many years watching baseball at Wrigley Field. 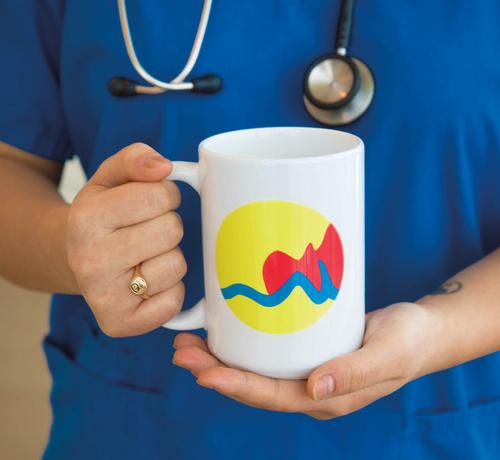 Since 2014, nursing faculty members and students have partnered with GRHC to provide health screenings, health interventions and education events for residents of Adams Park and other GRHC properties. 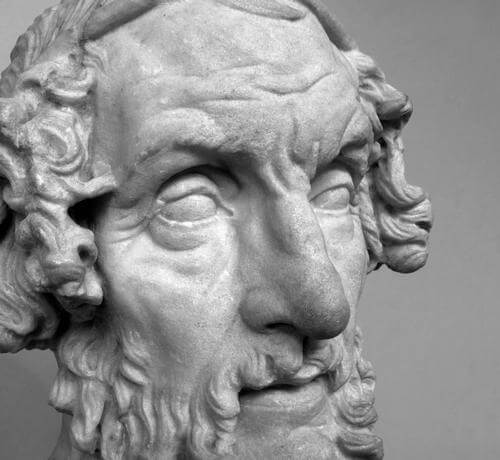 Classics alumni find themselves prepared to face the challenges in the world today because those challenges are the same as those faced by ancient societies.