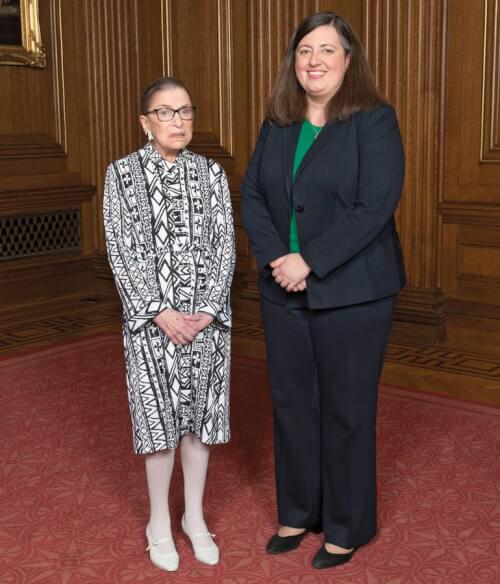 At right is Kim McKenzie, ’03, with Supreme Court Justice Ruth Bader Ginsburg. McKenzie has worked with Ginsburg for 12 years. (Collection of the Supreme Court of the United States) 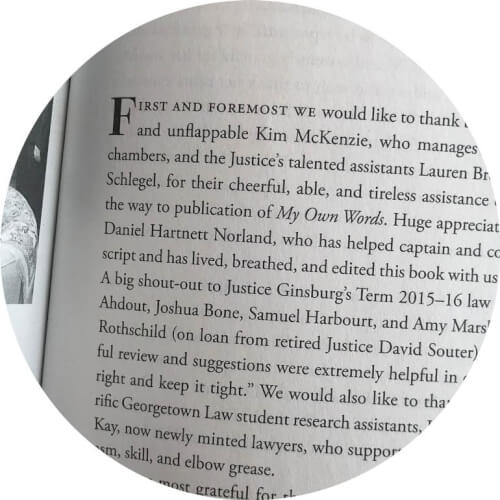 McKenzie, who grew up in Okemos, a Lansing suburb, is the senior judicial assistant to the longtime U.S. Supreme Court associate justice; she has worked on Ginsburg’s staff for 12 years. McKenzie’s first job at the Supreme Court was as a marshal’s aide.

“After graduating from Grand Valley, I moved to D.C. for an internship,” McKenzie said. “After completing the internship, a friend told me about an entry-level position in the Supreme Court where you run errands for the justices while court is in session. I went for it.”

McKenzie graduated with a bachelor’s degree in international relations and German in 2003. She was attracted to Grand Valley’s small class sizes and said she cherishes her experiences, especially participating in the university’s first delegation to the Model Arab League, a National Council on U.S.-Arab Relations leadership development program.

Five months after becoming a marshal’s aide, McKenzie was asked if she wanted to join Ginsburg’s staff as aide to chambers, one of three administrative staff members for the Justice. She was told her personality would be a good fit for the team, and she accepted the position. Pleased with her performance, Ginsburg eventually asked McKenzie to be her judicial assistant and then her senior judicial assistant.

“At the Supreme Court, I work with a variety of people, many of whom attended Big Ten and Ivy League schools,” she said. “I’m proud to have attended Grand Valley and know I received a quality education. Plus, it’s just a great community of people.”

“I’ve learned by her example to not waste time on self pity during the stresses of life, but to continue to focus on the work people are counting on me to do.”

No two days are the same for McKenzie. Her job has her managing Ginsburg’s staff and the office workflow, prioritizing the Justice’s time, planning events and speaking engagements, helping with news releases, and serving as gatekeeper to the flood of calls and letters Ginsburg, who is considered a women’s rights icon, receives.

“My work in this role has been uniquely challenging as the Justice’s popularity has increased, but rewarding at the same time,” said McKenzie. “People are beginning to see how influential Justice Ginsburg’s career has been in advancing gender equality.”

While it would be impossible for Ginsburg to meet with everyone who requests time, McKenzie finds it fulfilling to facilitate connections that time allows.

“I know it means a lot to people to share their story with her, and they express themselves in lots of ways, from sending cards to photos of Halloween costumes to crocheted dolls,” she said. “And it means a lot to Justice Ginsburg, too. She thought the crocheted doll of herself was so neat that she gave it to her great-granddaughter and wrote a note of thanks to the young woman who made it.”

McKenzie said her time working at the Supreme Court, and with Justice Ginsburg in particular, has been an incredible opportunity. She said she greatly admires her boss’ dedication and drive.

“Since I’ve worked for Justice Ginsburg, she has recovered from fractured ribs and survived pancreatic cancer,” said McKenzie. “Yet, she never lets these serious setbacks affect her important work.

“I’ve learned by her example to not waste time on self pity during the stresses of life, but to continue to focus on the work people are counting on me to do.” 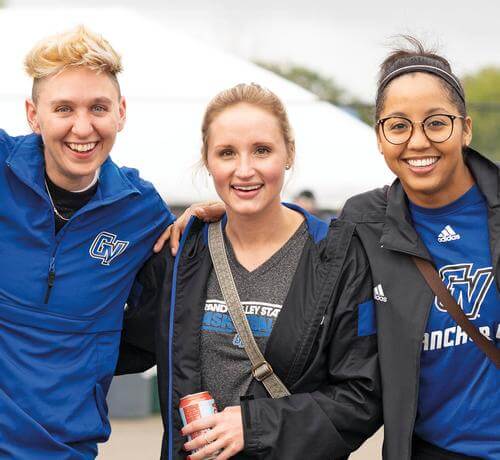 Homecoming events are featured, including the golden reunion for the class of 1968. 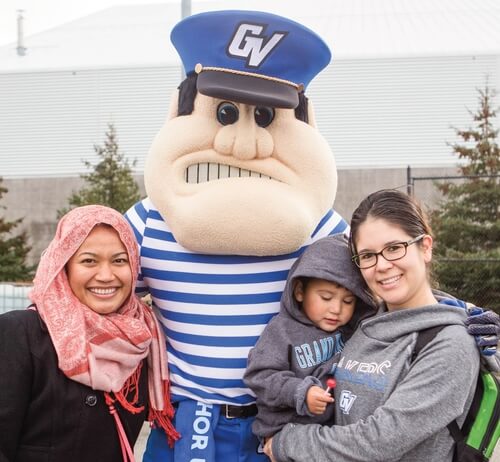 Homecoming 2017 is shared in pictures. 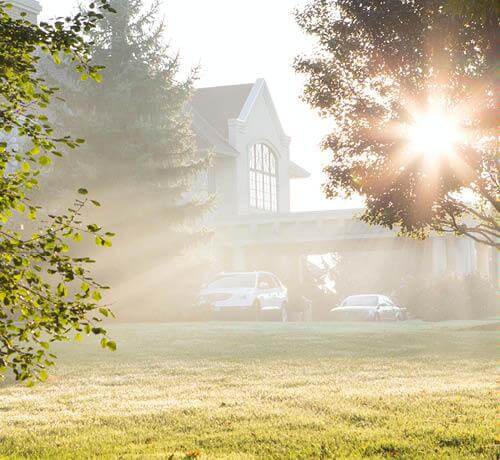