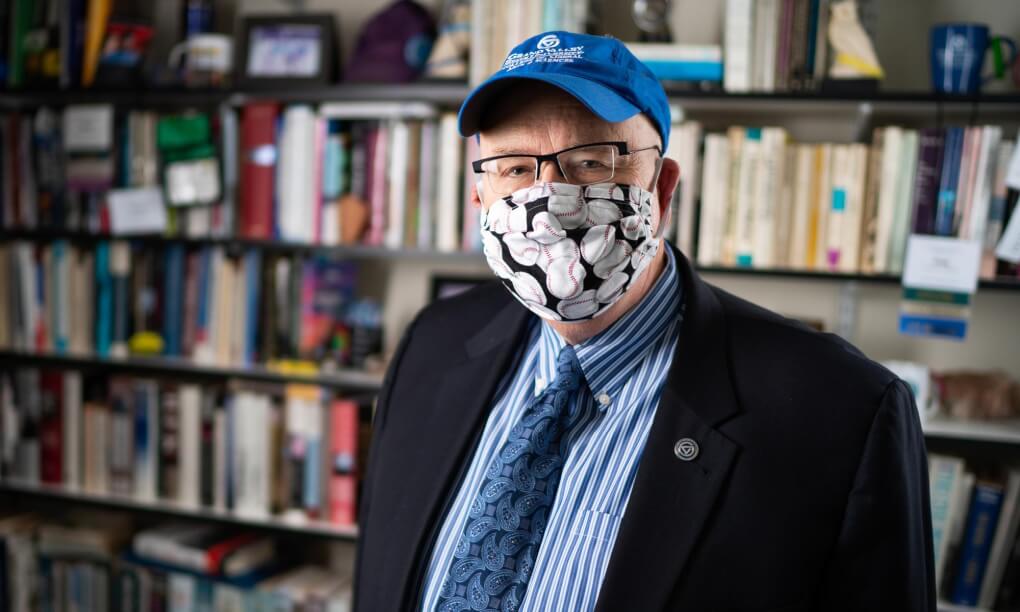 Reflections of a founding dean

Fred Antczak returns to faculty after serving as architect of CLAS

In 2004, Fred Antczak set about forging a first-of-its-kind college for Grand Valley out of seemingly disparate pieces.

He was charged with creating the College of Liberal Arts and Sciences, which would provide an umbrella over programs ranging from biology to philosophy to art to math to political science to geography to writing.

The operational enormity of the task was immediately apparent, Antczak said.

The formidable challenge of the task also was not lost on Gayle Davis, former Grand Valley provost.

“When I hired Fred Antczak as dean for the new College of Liberal Arts and Sciences, he took on an enormous job,” Davis said. “In the 2003-2004 reorganization of the university’s academic units, he became the leader of the largest and most varied college at Grand Valley, one for which the university has had high expectations.

“Since then, he has continuously met those standards of excellence as the goals and the college itself evolved and grew in scope and complexity.”

Indeed, as Antczak transitions to the English faculty, he leaves the helm of a college with more than 50 majors and more than two dozen academic units, as well as advising and research units, and the Regional Math and Science Center. He oversaw extensive growth as the university’s enrollment exploded.

“CLAS is a platform for many programs at Grand Valley,” Antczak said. “We have more than 80 percent of general education requirements, plus 11,000 undergraduates and 1,000 graduates of our own in programs.”

The opportunity to build something of this magnitude is one of the main reasons the Grand Rapids West Catholic High School graduate returned to West Michigan to lead CLAS.

As he reflected on his time with CLAS, some central themes emerged.

“I think if you’re not laughing at least part of the time you’re doing it wrong, and the bigger the responsibility, the more you have to laugh.”

In praise of the ‘Oh, wow’ moment

If the opportunity to build a college from scratch was a key attraction to returning home for Antczak, the other was the value Grand Valley placed on undergraduates.

Antczak said he always enjoyed working with students when their education and personal development are starting to meld.

“Plus, there’s the ‘Oh, wow’ moment,” Antczak said. “Every single discipline has that moment of, ‘Oh, I get this.’”

Distinguished scholars who love to teach

Antczak marveled at the Grand Valley artists who have effectively taken him out of his comfort zone to dig deeper into an idea. He said he is grateful to the CLAS statisticians and mathematicians who helped his rhetoric-trained mind think differently, and to his benefit, every day.

One of the perks of leading such an academically diverse college is access to a wide variety of scholars and their gifts, Antczak said.

“The bonus I got every year was to learn a lot in a variety of disciplines,” Antczak said. “There were years when I got to see different people dance their dance in their particular intellectual arena and you can’t help but learn from that. I’ve become much more interested in certain disciplines than I used to be.”

Also, crucially for him: These scholars are also passionate about teaching.

And they hold the key to making CLAS what it is, he said.

“They will take the college where you want the college to go,” Antczak said. “Your job is to simply hold the reins so they don’t get tangled up as their horsepower drives the college forward.”

The strength of CLAS faculty members is also evident in the numbers who have advanced to university leadership roles. A point of pride for Antczak is the work he did to help faculty members become better unit heads or associate deans, who then could ascend farther if they wished.

He attributed that culture, strength of the college and shared governance to allowing new leaders to emerge.

“I think we have a structure that allows the faculty to have accomplishments, and for our rising stars to be understood and promoted,” he said.

That meant sometimes tricky navigation as a large group of smart, passionate people wanted their differing voices to be heard. Antczak said that is precisely the kind of problem he wanted to have because it meant people cared. And the insight ultimately helped him with both curriculum and administrative issues.

“I learned that respect is the lubricator that makes the wheels turn,” he said.

Also making the wheels turn for CLAS is a dedicated staff that Antczak is effusive about, from those in his office to lab supervisors to specialists in art studios.

“Without them, there are no students who would be able to reach their full dreams” he said. 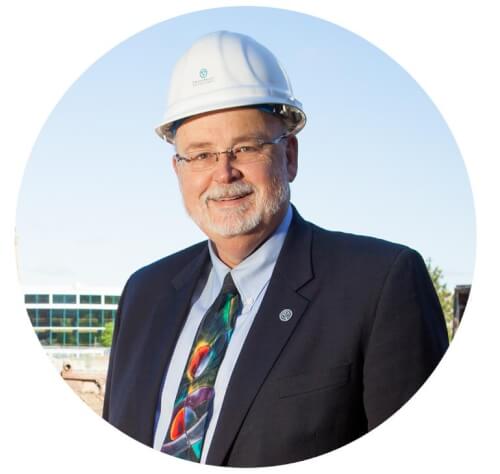 Antczak is proud of the imprint CLAS has made on Grand Valley.

As he leaves the ranks of Grand Valley deans, Antczak said he remains grateful for the collegial relationships and collective vision he enjoyed with his fellow deans to make the university better.

“I look to them as inspirations and people who made me up my game,” he said.

His tenure as dean wound down amid the COVID-19 pandemic, which meant his last weeks were spent working on plans to ensure a safe learning and working environment on campus, certainly an unexpected task. Public health mandates about gatherings also scuttled planned celebrations for him.

Antczak was philosophical: “No celebration could have been long enough to say how grateful I am to everybody else.”

The mask he chose to wear during the spring pandemic is a baseball design, appropriate for someone who appeared briefly in the movie “Field of Dreams.”

That love for the sport will play a part in his return to the English faculty, where he plans to teach a course in baseball literature. He grew up a Detroit Tigers fan but carries an affinity for the Dodgers, the team of Jackie Robinson. He loves the lore of baseball, the history and the storytelling. And he enjoys exploring the sport’s effect on society as a whole.

He also plans to teach a course on humor, an attribute he thinks is important, especially for a leader. “I think if you’re not laughing at least part of the time you’re doing it wrong,” he said. “And the bigger the responsibility, the more you have to laugh.”

As he leaves behind the responsibilities of being CLAS dean, he takes pride in what he has built. He defines himself as a founding dean, a title that stays with him forever.

But his return to the faculty is also appropriate because even through a rich and varied career, there is one role heholds in the highest esteem and how he ultimately defines himself: teacher.