In Other PAS News 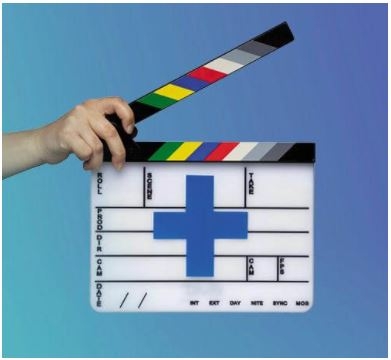 Students in Grand Valley’s health professions and nursing programs learn techniques for these sensitive conversations, but Christensen said he wanted to build on that after researching a unique communication method called VitalTalk.

“I think there is a big advantage when you use trained actors,” he said. “The emotional content is more real. It’s not necessarily about delivering the information, it’s about responding to emotion.”

Christensen reached out to colleagues in the Kirkhof College of Nursing; the Department of Music, Theatre, and Dance; and the GVSU Simulation Center to learn the VitalTalk model and plan an exercise with PAS and theater students to practice serious conversations.

The grant money was also used to fund an October training workshop for GVSU faculty facilitators, standardized patients and theater students, based on the VitalTalk model.

Five theater students who attended the workshop were part of an eight-week theater course Metz created specifically for the simulation project, called Acting for Clinical Simulations. These students were paid to train for and participate in the simulation.

“This was a professional job for my students,” said Metz. “They realized how theater can be a direct service for other fields and how they can translate school experience into tangible work.”

Metz said students were trained in the fundamentals of improvisation with the understanding that there were educational objectives to their performances that they had to bring out through improvisation and their character.

With months of planning and the training workshop complete, it was time for PAS and theater students to practice what they had learned. The simulation was held at the end of Fall semester and was conducted virtually because of the pandemic.

Tristan Tobias, a student in the PAS program, was a little nervous to participate. She said it was uncomfortable but extremely valuable.

“The stakes are high in a real situation like this, so I’m grateful for the opportunity to practice when the stakes are zero,” she said.

In her simulation, Tobias had to inform a daughter that her dad, who is in remission from cancer, has pneumonia and might not recover.

“The theater student I worked with was very believable,” said Tobias.

“She was visibly upset and asked realistic questions.”

Tobias said her goal was to make sure “the daughter” clearly understood the status of her father and the most realistic outcome. “I tried to be sympathetic and respectful and kept saying we would do our best to help him,” she said.

Tobias was paired with Alexandria Fetelea, a senior who has a double major in theater and studio art. Fetelea said she studied the scenario to make the simulation true to life.

“If I learned my dad, who has beaten cancer twice, might die from pneumonia, I would be angry or frustrated,” said Fetelea. “I would want reassurance that he would make it.”

Fetelea said she continuously asked Tobias if everything would be OK.

“When somebody is hurting, especially right in front of you, it’s easy to want to promise that everything will be all right,” said Fetelea. “Instead, Tristan kept saying everything would be done to help him but the situation was very serious. She was great.”

Fannon said the simulation was duplicated as a pilot exercise for nursing graduate students in March using standardized patients. Plans are underway to continue the project in the fall with PAS, nursing and theater students.

“Learning how to respond when seeing different emotions from family or patients is paramount,” said Fannon. “Teaching this to students before they are in the health care arena will help them know how to formulate these tough conversations.”

Reinhold said it was exciting to watch students push through times when they weren’t sure what to say.

“I could see the wheels start turning as they worked through situations,” she said. “The group would help students figure out ways to get unstuck and that’s where everybody benefited.”

A special theater class for professional training will be offered again in the fall, Metz said. “What I found heartwarming and professionally satisfying was that my students realized, pretty early on in this process, that the result of this work is making the world a better place,” she said.

Faculty from all disciplines involved worked hard to make the simulation happen during the pandemic, said Christensen.

“I received an email shortly after the event from one of the PAS students who participated,” he said. “She described a situation during a clinical rotation when she had to deliver serious news to a patient. She wrote: ‘I can say after today that the lesson you gave us on delivering bad news was one of the most important things I have learned. I am very thankful to be part of our wonderful program.’”

View More In Other PAS News


Page last modified May 1, 2021
Report a problem with this page