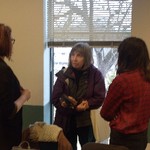 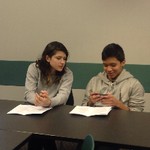 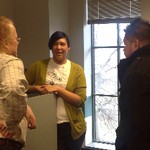 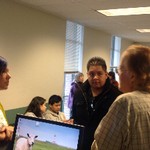 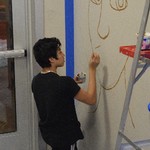 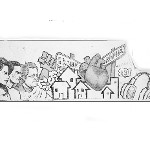 The first Campus Dialogue to introduce the "Gi-gikinomaage-min: Defend Our History, Unlock Your Spirit" project was held on Wednesday, December 3, 2014 from 6-8 p.m. in the Multipurpose Room of the Mary Idema Pew Library on GVSU's Allendale Campus. Organized by the GVSU Kutsche Office of Local History, Office of Multicultural Affairs, Native American Advisory Board, GVSU Special Collections and Archives, and the Native American Student Association, this event was part of the university's Native American Heritage Month Celebration. Roughly 50 students, faculty, and staff attended the session, sharing their own experiences, asking questions, and making suggestions about the future direction of the project. The project is supported in part by funding from the Michigan Humanities Council, an affiliate of the National Endowment for the Humanities. 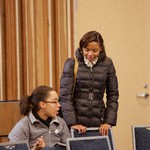 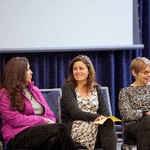 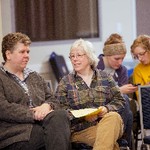 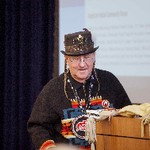 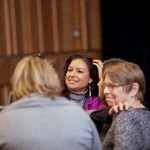 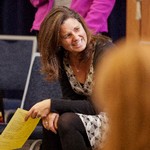 Held at the Nottawaseppi Northern Health Center, 311 State Street SE, Grand Rapids, Michigan on Thursday, November 13, 2014, the "American Indian Community Forum" was the first public event held as part of the planning stage of the "Gi-gikinomaage-min: Defend Our History, Unlock Your Spirit" project. That project is a collaboration among several units at GVSU including the Kutsche Office of Local History, Native American Advisory Board, Office of Multicultural Affairs, and GVSU Special Collections and Archives. The program is funded in part by a grant from the Michigan Humanities Council, an affiliate of the National Endowment for the Humanities. The goal of this project is to document the experience of American Indian elders who lived in Grand Rapids during the relocation period. 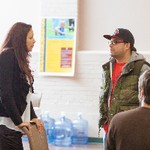 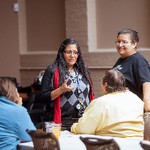 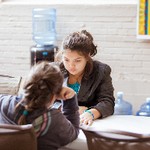 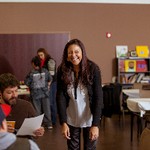 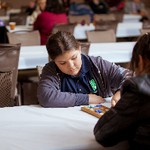 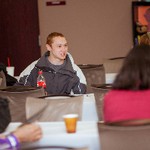 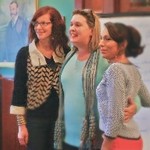 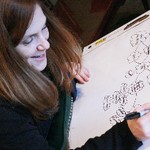 Portrait of My Community (48 Photos)

On September 18, 2014, the Kutsche Office of Local History and the Cook Library Center celebrated the first anniversary of the Cook Library Scholars Program. The event showcased their year-long effort to document the history of leadership and community on Grandville Avenue. 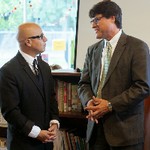 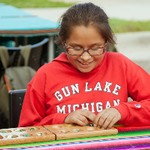 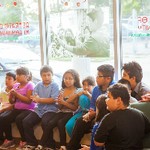 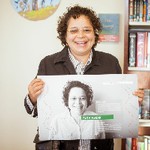 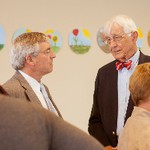 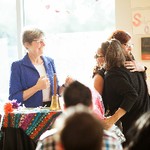