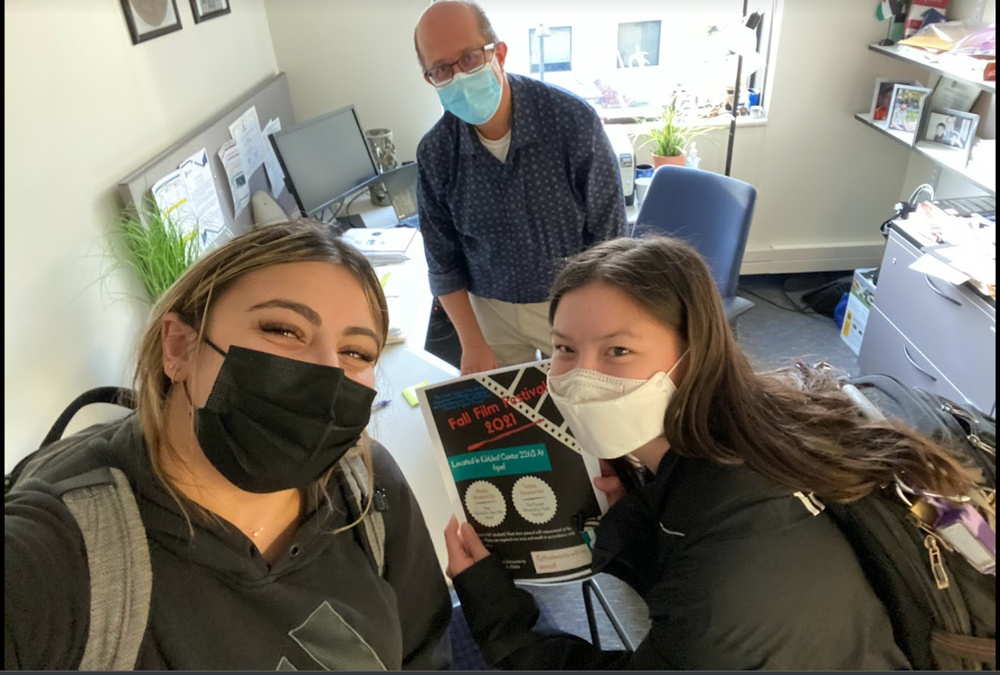 Elora Ferrie: I chose to fulfill the HNR 200 requirement by building practical knowledge and skills in community engagement, leadership, and cultural understanding through joining the Arab Culture Club and being a board member. The professor of my first-year honors sequence, Professor Al-Mallah, approached my classmate, Sierra, and me at the end of our sequence last year and asked if we would be interested in helping him restart the Arab Culture Club at Grand Valley. Sierra and I were ecstatic that he asked us, as our sequence, Middle East Beyond the Headlines, not only helped us to develop an appreciation and understanding of the Arab World but also to develop a strong friendship between the two of us. Along with a few of Professor Al-Mallah’s students from his Arabic courses, we restarted the club at the end of last year and have plans to grow the club this year, and spread Arabic culture to the campus and the local community. So far this year we have been able to hold a variety of events, like a fall film festival catered by a local Mediterranean Restaurant, a get-to-know-you event, along with general meetings. Through these events, we have been able to grow our club by almost 75% and engage with students and community members of all ages and backgrounds. It has been the most rewarding experience to meet so many new people and form relationships with students across a variety of cultures and majors. Being the secretary of the club has given me a lot of new responsibilities and has allowed me to gain a lot of information about clubs within the greater Grand Valley community, and the importance of having clubs like the Arab Culture Club.

Overall, being a part of the Arab Culture Club has helped me to further develop my skill set as a Global Citizen, and I’ve encouraged others to join me in the lifelong journey of becoming a global citizen. I have been able to engage my classmates and teammates by having them join me at Arab Culture Club events, and develop new connections with other club members. The main goal of the Arab culture club is to spread Arab Culture to the campus community and to reduce the spread of Orientalism here on campus. In my honors sequence, this concept established by Edward Said was explored in-depth, as it relates to the copious amount of misconceptions that Western culture has towards cultures within the Orient (Eastern Culture). My sequence really opened my eyes to how Western media inaccurately depicts Arabic culture and the power of knowledge in reversing the misconceptions forwarded by society. Edward Said discussed the issue of Orientalism as something that is systemic and as a result something that is hard to change. However, the reduction of the effect of Orientalism is something that future generations can have an impact on. The goal of the Arab Culture club is to start that trend of re-education and re-evaluation of the news and media to support the unbiased understanding of Arab Culture.

I am excited to be a part of this club on campus and proud of the outreach that I have contributed to creating within the campus community. Even though this club is vastly different from my major as an electrical engineer, I have been able to form lifelong friendships and find a passion that I never knew I had until I took my honors sequence.

Return to the listing of hnr 300 spotlights.


Page last modified February 2, 2022
Report a problem with this page