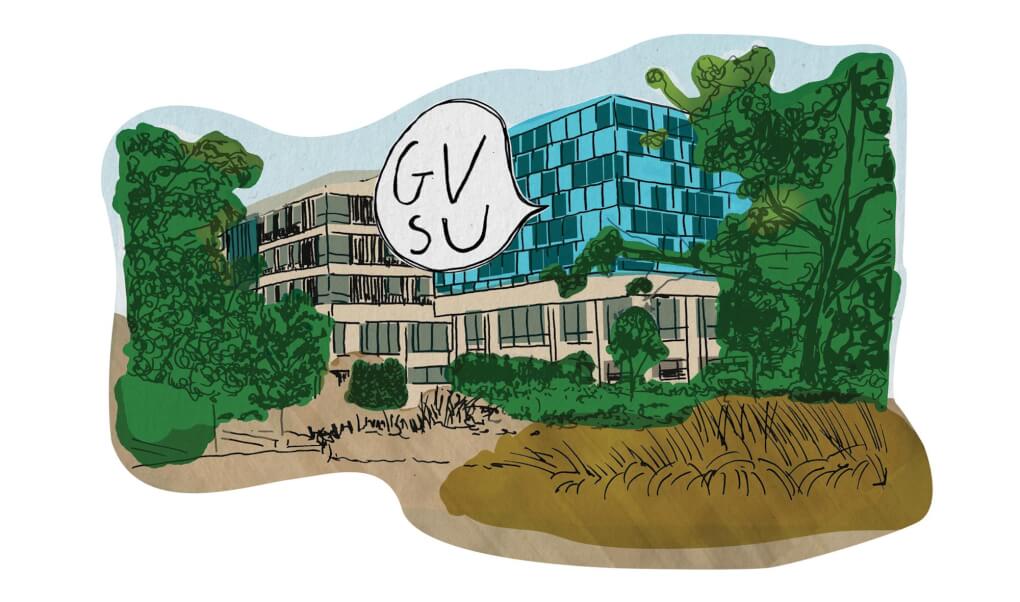 GVSU at 60: The untold stories

The story of Grand Valley is best told by the people who have lived, worked and learned at the university. To shine a spotlight on the 60th anniversary, students, faculty and staff members have shared their Grand Valley stories in 60-second videos. Below are excerpts from several “60 For 60” stories. Watch these videos and more in the series online at gvsu.edu/60years.

When I came to Grand Valley more than 12 years ago, one of my first goals was to find ways for our community to engage and access the university’s very large and significant art collection. To do that, we turned to mobile technology.

I connected with Jonathan Engelsma from the School of Computing and Information Systems, and together over the past 12 years, we’ve unleashed over 25 different students to help build and create and innovate in this space. Today that’s called Art at GVSU’s mobile app.

What really stands out to me was the creativity and innovation the students brought to the project and continue to bring to it. Students like Josiah Campbell, from Chicago, who continues to work on it after graduation, or Muhammad Azuz, from Libya, who stayed on past any curriculum requirement. It’s this sense of wonder that they bring to the solution, not through the lens of constraint, that we can find new ways to solve complex problems. 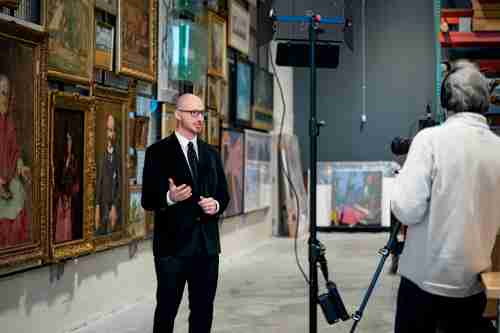 Nathan Kemler, director of Galleries and Collections, records his GVSU memory for the '60 For 60' video series. (Amanda Pitts)

The second year after I arrived here, 43 years ago, I was treated to the spectacle of a very radical Art and Design department, where one professor just released from teaching decided to express his protest at the top of what used to be the Zumberge Library.

And this professor stripped down to his boxer shorts, gained entrance to the roof of the library, and then ran like heck to the edge, leaping over the Zumberge building down into the park and landed unhurt in about 4 or 5 feet of water.

That was my great introduction to the teaching life at Grand Valley. 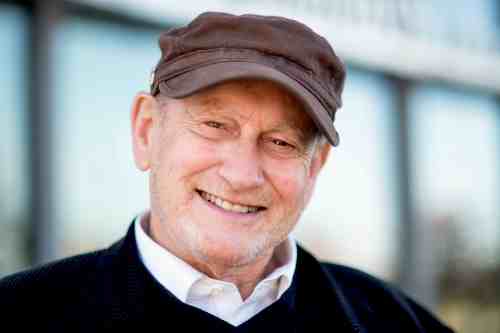 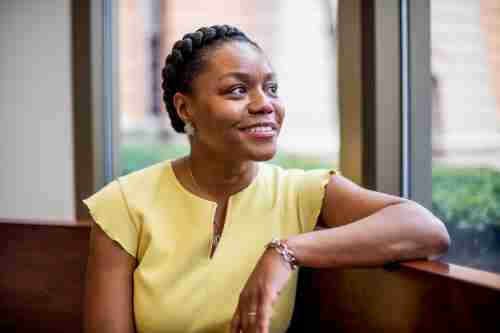 In 2013, I interviewed for my position here at the university. I was offered the job and two people on the interview committee, Jay Cooper and Roger Wilson, opened up their homes to me. They knew that I was coming to Grand Rapids from Detroit and they offered to let me stay at their homes while I was looking for housing in the area.

What struck me was just the hospitality. How these folks had only sat with me for a few minutes, but were willing to open their homes to me. And, that sense of hospitality has carried through my eight years here. 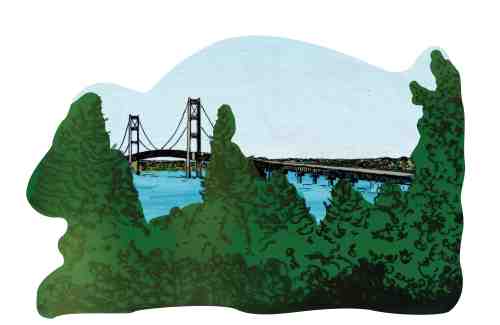 When I first got to Grand Valley I didn’t know a whole lot of people but I soon developed a great love for my mailroom family. I remember the time when we took a trip over the Mackinac Bridge. I explained to them earlier that I had never been over the bridge before. So we ended up taking a road trip, went over the bridge and had a great time.

It created very fond memories that I still share with my mailroom family. We’re a tight-knit group. I was kind of skeptical at first. I wondered, “Man, how is this gonna turn out?” But hey, guys, we had a good time. 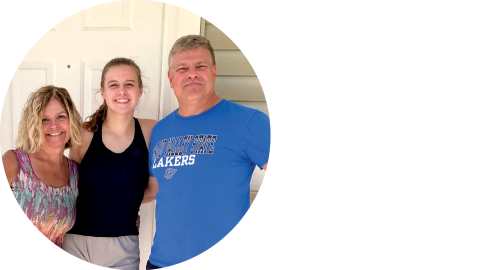 (pictured with her parents, right)

My story starts in 1963 when my grandfather attended Grand Valley State College and graduated in 1967. He met my grandmother around the same time and they had my father. My father came to Grand Valley in 1985 and my mother, the year before him. She graduated in 1988 and she was in the first class when it was called Grand Valley State University. My father graduated the following year. Later on, he decided to get his master’s degree from GVSU’s Traverse City center and was in the first graduating class there.

I decided last year to come to Grand Valley as well. So I am a third-generation Laker. I currently compete on the track and field team here and my family and I will be Lakers for more than just one lifetime. 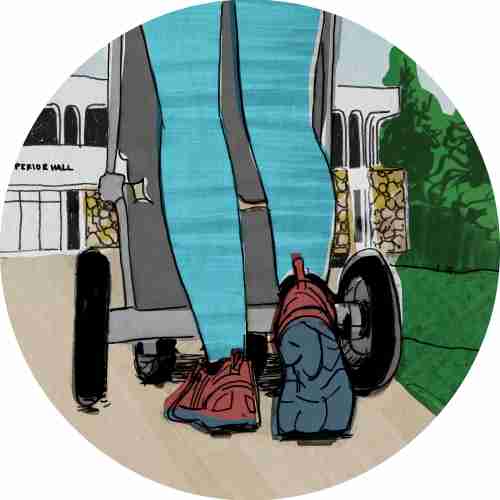 I graduated from Grand Valley in 2001. My memory is when I was a student, coming back from my military service in the Army to Grand Valley and I had my daughter with me. I had been assigned an advisor but I couldn’t get hold of my advisor.

The Registrar’s Office told me to walk over to the School of Communications and see if I could find that person. So I pushed my daughter over to Lake Superior Hall. She was about 9-months-old in her stroller, I dragged her up the stairs because I didn’t know if there was an elevator.

This was at a time I was feeling really overwhelmed and thought that maybe I couldn’t stay in school, maybe it wasn’t the place for me, but this woman popped her head out, saw me there and said, “Hey yeah, I can help you, come on in.” We sat down. We decided that I would make a great public relations major and that’s what I stuck with. And my daughter took her first steps here at Grand Valley in the art building.

I was the project manager on the Zumberge Hall addition in 2012. We worked with Via Design and came up with a contemporary modern structure that would complement the old concrete structure of the library that was built in the late 1960s. To do that, we carried over some of the concrete elements and created a glass structure to have some character and showcase the Grand Valley colors.

While seemingly random, the glass does actually have a pattern to them. I discovered it when we had a request to change out some of the glass from white to blue. It was then I found out the architects had set up a Morse code that gives us a message as it wraps around each of the floors.

It’s the same message on each of the three floors and it spells out G-V-S-U as it wraps around (see top illustration).