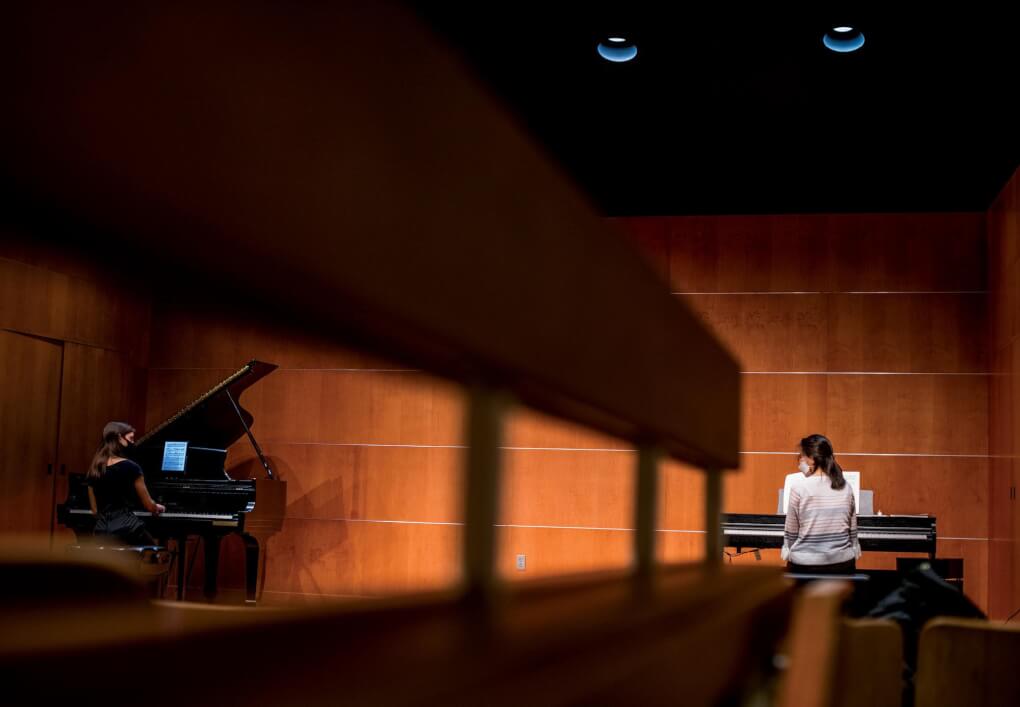 New appreciation for the sound of music

As a pianist, Sookkyung Cho embodies the soaring expression and emotions that are part of her work as a Juilliard-trained musician who has played at noted venues worldwide.

Cho said she considers it a privilege to invite her audience to explore deep emotions, from extreme sadness to blissfulness. Noting we live in an age when Artificial Intelligence tends to encourage efficiency and suppress emotions, Cho said she wants her music to remind people how it feels to be human.

And yet, her love of piano also is elemental: The repertoire. The beautiful sound produced by the instrument. And Cho said this, “As I play, I do love the tactile feeling of playing the keys and feeling the vibration.”

Detailed instruction on the tactile part of playing a piano has always been a central technique of Cho’s when working with students. She would sit next to them at the piano in her office, showing them the proper physical technique, such as the way to hold their hands or arms to play a piece of music.

But during the COVID-19 pandemic, Cho needed to teach piano at a safe distance. The new normal is her sitting at an electric keyboard in a large hall at the Haas Center for Performing Arts while her student copies the demonstration on a grand piano across the room.

In the resonant large hall, rather than the dry acoustics of her office, students have immediately heard the outcome of the adjustments Cho teaches them, much to their delight.

“The students really love playing there,” Cho said. “I find that teaching in the hall made me emphasize listening a lot more.”

For a musician who describes herself as detail-oriented whether teaching or playing, this discovery on the benefit of the big picture for some students resonated with her; she intends to incorporate the technique more even when she doesn’t have to stay distanced from students.

Student Becca Hanson said she understands the inclination to focus on the physical aspects of playing the piano. She noted that physical gestures using a player’s entire body, from fingers to the back, has an effect on sound.

Hanson, a music major with a piano emphasis, said listening and watching Cho demonstrate how to play part of a piece has helped her more deeply understand her own work because she needs to make the physical adjustments on her own to produce an adjusted sound. And she can clearly hear the results.

For Hanson, the lessons are just one part of the joy she gets from learning with Cho. She said Cho is a warm, supportive instructor whose dedication to students and to her craft is evident.

“I admire how much she loves music and how passionate she is, and how much she cares,” Hanson said. “It’s exciting to see how she knows so much about music and how she continues to try to understand it more and more. She is a lifelong learner.”

Cho said she loves to delve into a piece of music, taking in not only what is there but discovering what is not. She said she thrives on finding something new, and especially on being surprised.

“If it’s a masterpiece, you really feel there’s a whole world in it,” said Cho, who admires many composers but says she has a particular affinity for Schubert; her first CD features her playing a selection of his sonatas.

She said she wants her students to come away with a dedication to musical creativity and with a desire to leave something for the audience to ponder.

“My goal is I want them to become a thinking musician, someone who wants to say something with their music,” Cho said. 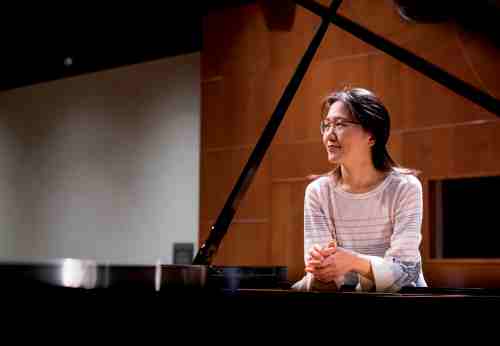