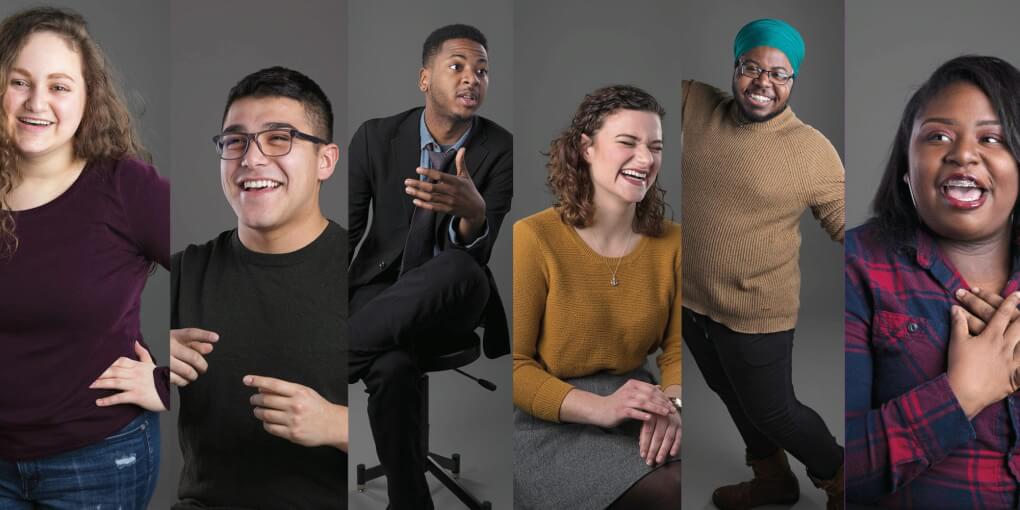 Division of Inclusion and Equity offices

The division celebrates its 10th anniversary throughout 2018. When it was created, Grand Valley was the first institution of its size to dedicate a division led by a vice president to inclusive efforts. At the time, President Thomas J. Haas said creating a diverse campus environment fit with the university's mission of offering a liberal education, as diversity is essential to shaping intellect, creativity and cultural competence.

The division's umbrella is wide and encompasses programs, offices and initiatives that lead compliance efforts and serve the needs of students, faculty and staff members from underrepresented communities.

Meet students who are affiliated with the division and its offices on these pages. They describe how they found their place on a campus of 25,000 students, and how joining student groups or learning solid study habits has helped them to feel grounded, comfortable and ready for success. 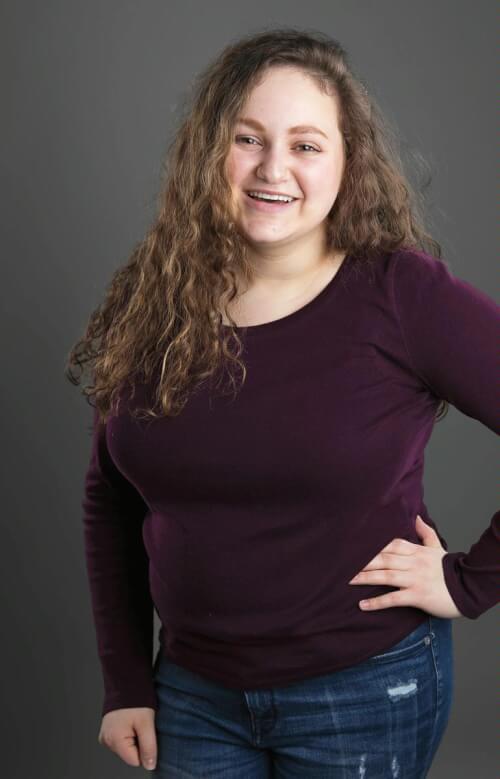 When Zoë Kaufman left the Chicago area to attend Grand Valley, she also left her Jewish community. She was initially OK with that decision.

"Jewish individuals in West Michigan stand out because there's not a big community here," she said. "By the time I was a sophomore, I was like, 'Where are the Jews?' I was feeling isolated and missing my community."

president of Hillel at GVSU

traveled to Israel twice while at Grand Valley

Kaufman quickly found her community by joining the university's Hillel chapter, the largest Jewish campus organization in the world. In fact, she learned she was elected chapter president while on a study abroad trip in Herzilya, Israel.

Kaufman said she never expected to be so involved in the Jewish community. "Being away from my culture taught me that I missed my community," she said. "I'm grateful for the resources at Grand Valley and the other student groups we connect with." 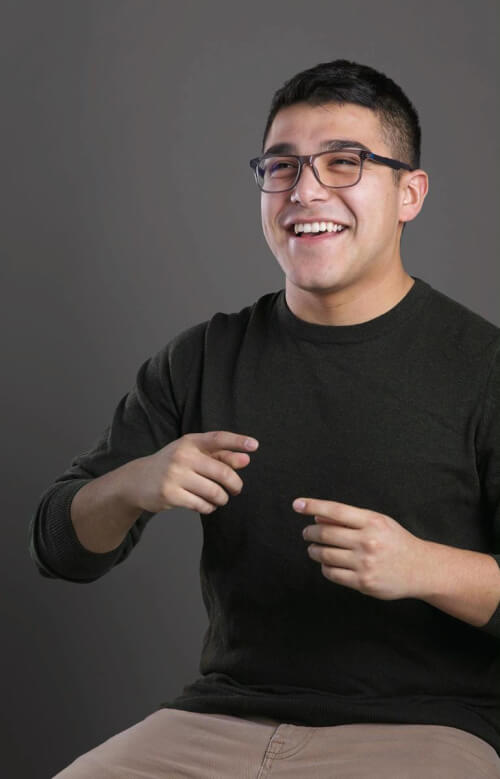 Gerardo Vasquez once prepped a hamburger for celebrity chef Mario Batali, who was dining at the Lake Leelanau restaurant where Vasquez worked. Batali enjoyed it, but that's hardly Vasquezs only claim to fame.

While at Leland High School, Vasquez and his peers convinced the school's administration to cancel classes for a day and instead host "Stress Less, Live More" activities. "So, we brought in dogs to help students cope through pet therapy, we had an art room, a yoga room, a room where kids could play video games," he said.

Vasquez was one of two students of color at his high school; he sought out a college that offered diversity. A first-generation student, Vasquez attended a pre-academic institute before his first semester at Grand Valley. During that week-long institute, he said he not only learned to write a 20-page paper ("Now a five-page paper seems like a breeze," he said.), he learned the importance of getting to know faculty members and using university resources.

He's also pleased he can cook. "Most students live on ramen, but I can make an omelet or a burger," he said. 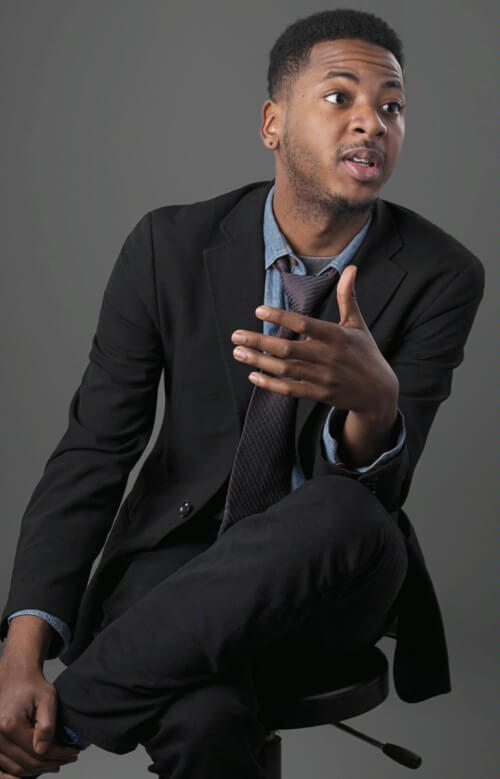 James Williams has laser focus when he talks about a career. He wants to be a talent scout for a music label.

"As an A&R (artist and repertoire) rep, I would research the trends and find artists who could follow those trends or make their own trends," he said.

student worker for Division of Inclusion and Equity

Williams has broad musical tastes and enjoys indie, country, rap and big-band sounds. He consistently has a song in his head and will occasionally share it; during this portrait session, it was a number from Disney's "Hercules."

He was a member of the gospel choir Voices of GVSU and said it grounded his early campus experience. "It was great seeing people of color together," he said.

Williams said joining Phi Beta Sigma, a historically black fraternity, has helped him learn humility, leadership skills and how to see the path to success.

"No one will hand you anything if you don't intentionally seek out what you want," he said. 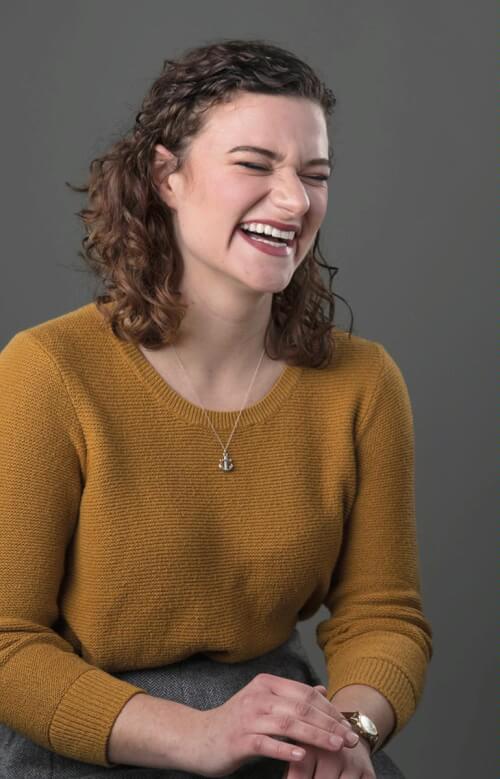 Madison Rhoades applied for a housing assignment rather late before her first semester at Grand Valley. This meant she was placed in Laker Village and, she said, "cut off from the freshman experience."

So, Rhoades did what she knew best, she joined groups. Belonging to Student Senate and Eyes Wide Open, a peer education organization dedicated to sexual assault awareness, gave Rhoades her community.

"I have a strong sense of what's right and wrong, so, for me, I want to be out there working. If there's change happening, I want to be a part of that," she said.

With only so many hours in a week for homework, senate meetings and other obligations, Rhoades said she learned about self-care and time management from staff members at the women's center.

"Sure, I can put in more hours to hone a paper to perfection, but without sleep, I wouldn't be able to function. You can't run on an empty tank," she said. 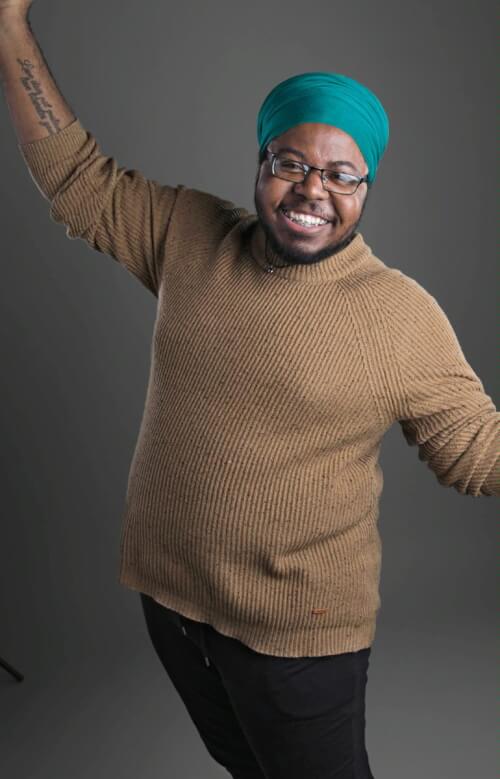 Several people in Jarred Daniels' family, including his mother, have multiple sclerosis. He plans to undergo a series of tests, including a spinal tap, this summer to see if he is at increased risk for contracting the disease.

"If I have it, I have it. I will stay positive," he said. "As a family, it has changed our habits; we all eat healthier, work out and drink lots of water."

Daniels, an out member of the LGBT community, grew up in the Chicago area and wanted a college experience that would take him out of his comfort zone yet offer support.

"I was glad to know there was a LGBT center here, I needed to make sure the environment I was coming to was not going to be toxic for me," he said.

Daniels spent his spring break in Allendale, helping the LGBT center's staff host a conference for students who are members of their high school's gay-straight alliance.

"Its been a pleasure to work at a place where all of me was welcomed," he said. 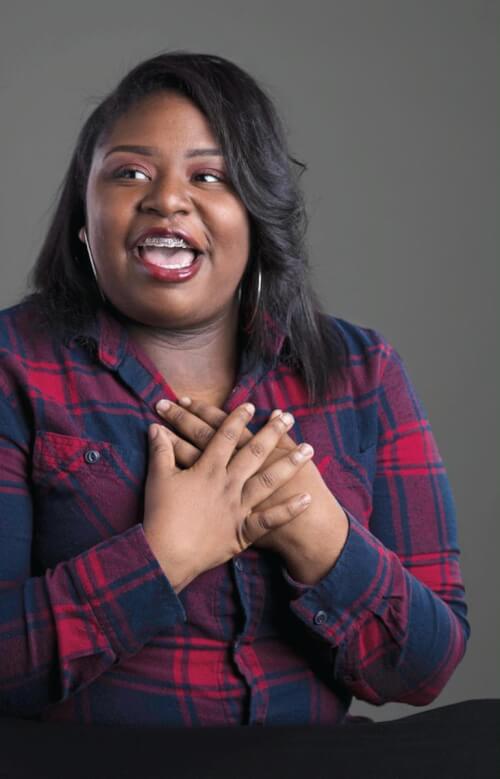 There was the time when LaShawna McQuiller's friends tried to surprise her on her birthday. She could tell by their faces and actions that something was up. "I'm like the mom of the group, I knew they were trying something," she said.

student worker for Division of Inclusion and Equity

Second to the youngest of 10 siblings, McQuiller was an honors student, majorette and choir member at Detroit's Martin Luther King High School. Hearing stories about college from her many older siblings convinced McQuiller that there was little to sweat over.

"They were the ones who motivated me to go to college; the good times seemed to outshadow the hard times," she said. She quickly found her campus community by joining an R&B dance troupe and a Bible study group.

McQuiller sees herself going into child psychology, blending her passions of empathetic listening and caring for children. "I want to be that person who helps a kid who is struggling, homeless, or whatever the case may be," she said. 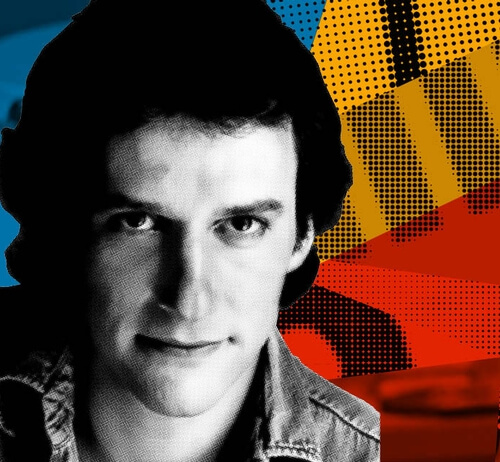 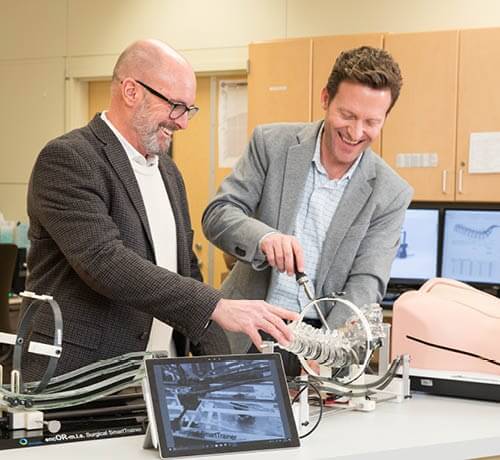 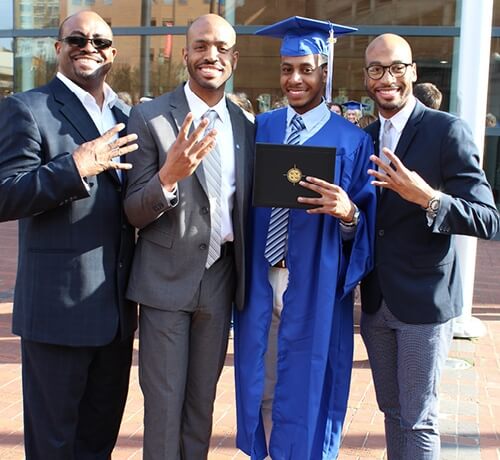 Lakers represent all 50 states and 84 different countries; and for many, being a Laker is all in the family.