"Memories light the corners of my mind. Misty water-colored memories of the way we were." Barbra Streisand may have had one thing right when she sang these iconic lyrics memories may indeed be misty.

"We found that, overall, people don't have a very good memory for their previous belief," said Wolfe." Our research shows once a person's belief changed, that person doesn't tend to remember believing otherwise."

For their research, Wolfe and Williams surveyed 300 Grand Valley students who were psychology majors. The students responded, from one to nine, to what extent they believe spanking is an effective means of discipline for children.

"It was important to pick a topic students feel strongly about a topic they likely were exposed to in a psychology class," said Williams. "Issues like the effectiveness of spanking, gun control or television violence will result in answers at each end of the scale."

Two months later, students whose answers were on the low- and high-end of the scale participated in an experiment, not knowing it was related to the survey.

Students read articles that were either consistent or inconsistent with their previous belief, and then again reported their belief on a nine-point scale.

"We found those who were given information counter to their original belief moved closer to the middle on the issue," said Wolfe. "But, when people tried to remember their belief from two months earlier, what they reported was much closer to their current belief. We concluded that people do not seem to be aware that their old views and their current views are different."

It's not clear why people don't recall changing their beliefs, but Williams said the human mind tends to like to make sense of things, and one potential reason is that memories are not stored like files on a computer.

"We create our memory of our past on the spot, based on things that are available," Williams explained. "It is not valuable to remember every single thing that has happened to us. There's a lot of value in extracting a general sense of how things go."

The impact of the findings on memory bias can have major implications in health care, education, political and journalistic settings, because in all of these fields there is an assumption of accuracy when asking people to recall things, Wolfe said.

"If your doctor asks if your pain is better than it was six months ago, or you're in psychotherapy for a number of months and the therapist asks if you think you're doing better, those questions assume we have an accurate memory for our past self. And, research shows we don't," said Wolfe.

If health care providers want more accurate information on whether patients are getting better, Wolfe said patients should fill out a questionnaire about how they are feeling each time they come in for a visit.

He also said if people show little awareness of changes in their own beliefs, they may erroneously conclude that their beliefs are more fixed than they actually are.

Wolfe and Williams found while people don't have very good memory for their previous belief overall, some are more accurate than others.

They are conducting follow-up research on this finding.

"If you think your beliefs will never change, that may be one reason why people stick to information silos, where they only seek out information they think is consistent with what they already believe," Williams said. 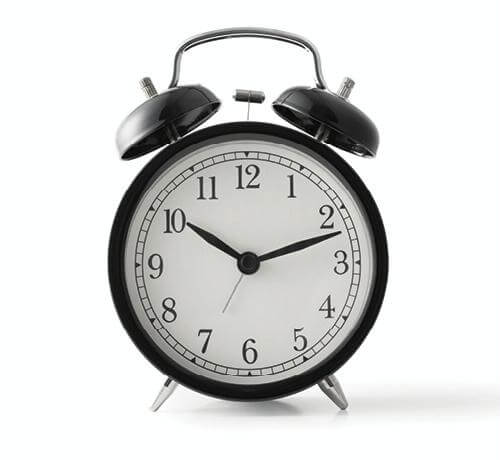 Step into any hospital unit and you'll likely hear a symphony of alarms that are coming from loud speakers, patient bedsides and from devices around the necks of nurses.