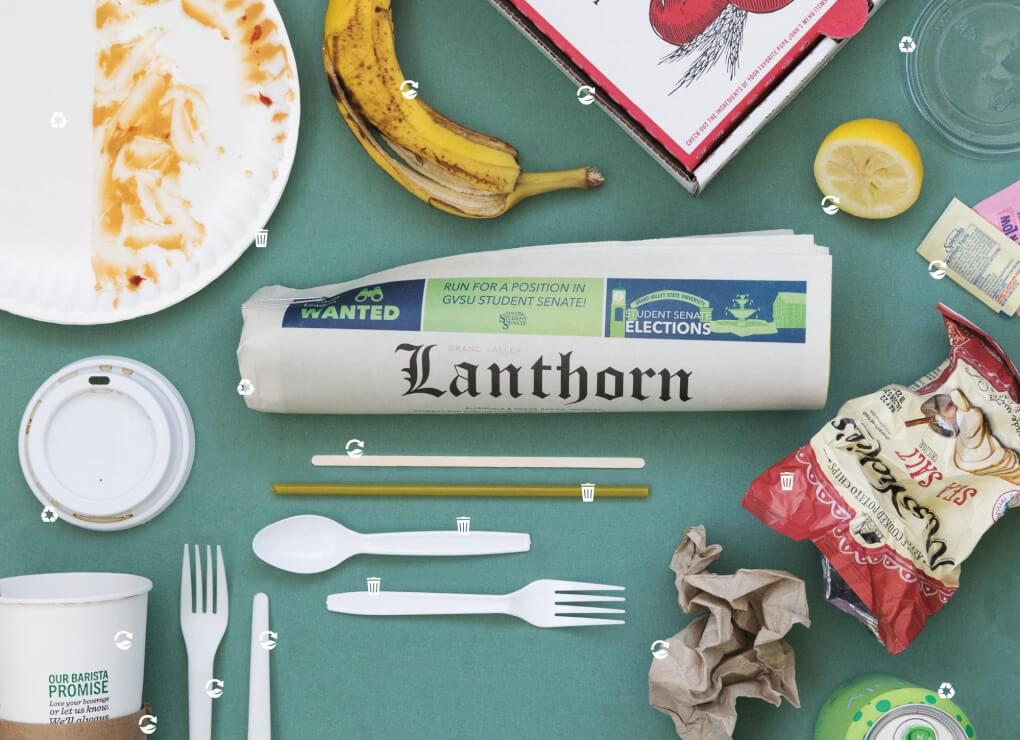 During the lunch rush on the Allendale Campus — typically between 11:30 a.m.–1 p.m. on a given weekday — students outfitted in green T-shirts stand next to trash bins, guiding people on how to sort their trash into the correct bin.

All food and liquid waste

Must be 75% clean (very little food or liquid)

Anything that has a chasing arrows sign with a number inside

Landfill When in doubt, throw it out

Anything you are not sure of

Plastics that are more than 75% food contaminated

Those helpful students are members of Grand Valley’s Green Team, a student-led sustainability initiative that focuses on educating the community about proper waste disposal and diversion.

The team is composed of about 25 members, including team leader Mara Spears, who graduated in April with a bachelor’s degree in communications studies. She said it's not uncommon for people to be confused about what can be composted and what can be recycled.

"It's because products change and students might not be aware of what Grand Valley composts, so Green Team members are stationed at the bins to answer questions and clear up misconceptions," said Spears, from Newbury, Massachusetts.

When it comes to education, Spears said face-to-face communication is really important.

“That's when we get the most people learning and asking questions about how to throw things away,” she said. “For example, some people don't know that all food and all liquids can be composted, or that most of the plates, cups, napkins and silverware served at dining locations on campus are compostable.”

“We want to compost or waste minimize whenever we can on the food production side,” he said. “Last spring, we adopted the Lean Path system, which is a waste management tool that drives accountability.”

Recyclable items should be dry. "If it's 75 percent clean, you can recycle it," said Spears.

Use the two-or-three rinse rule. "Before you recycle something with food on it, rinse it a few times," said Spears.

When in doubt, throw it out. "It would be better to contaminate a landfill bag than affect a whole recycling bag and not be able to recycle the bag," said Spears.

The Green Team performs monthly audits at dining locations on the Allendale Campus. During the audits, team members measure and weigh how much of each landfill and compost bag is actually compost and landfill.

Team members also gather data during Grand Valley’s annual participation in Recyclemania, an eight-week, national competition among colleges and universities to collect the largest amount of recyclables and the least amount of trash. This year, the university ranked eighth in the nation in the recycling category with 1,091,619 pounds of recycled material.

Spears said, overall, students want to do the right thing.

“When I first joined the Green Team two years ago, I found that there was some hesitation from people about learning about compost and recycling,” she said. “That has completely changed. People are asking us how they can join and volunteer to help.” 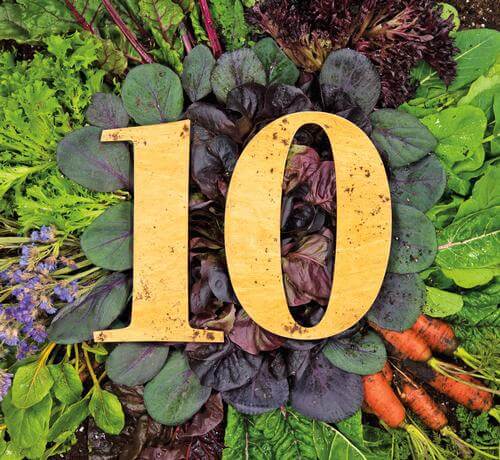