We often hear of the great and courageous African American pioneers of history. However, this week, we want to share the story of a young contemporary “history maker.” In keeping with the IDEALS of the MI-ACE Women’s Network, we want to instill in our young women that they too can be history makers. This week, our story is about Vernice Armour.

Known simply as “Fly Girl,” Vernice Armour went from beat cop to combat pilot in three years.  Within months of earning her wings, she found herself flying over the deserts of Iraq, supporting the men and women on the ground. In March of 2003, she became the first African American female combat pilot. Vernice completed two combat tours in the Gulf. Afterwards, she was assigned to the Manpower and Reserve Affairs Equal Opportunity Branch as program liaison officer.

This is how it all started: In 1993, while still a student at Middle Tennessee State University, Vernice enlisted in the U.S. Army Reserve and later entered into the U.S. Army’s ROTC.  In 1966, she took time off from college to become a Nashville police officer – her childhood dream.  She became the first female African-American officer on the motorcycle squad.

After graduating from Middle Tennessee State University in 1997, Vernice moved to Arizona and served as a police officer on the force in Tempe. Shortly thereafter, she joined the U.S. Marines as an Officer Candidate and was commissioned a Second Lieutenant on December 12, 1998. She went on to flight school at the Naval Air Station in Corpus Christi, Texas. After graduating from flight school number one in her class of twelve, Vernice went on to become the Marine Corps’ first African American pilot.

Following her combat tours, Vernice left the Marine Corps in 2007 and began a new career as a professional speaker and expert on creating “breakthroughs” in life. This bold and fierce woman is now an inspiration to thousands of individuals and corporate leaders. Learn more about her extraordinary story and the principles that she outlines in her book “Zero to Breakthrough:  The 7-Step Battle-Tested Method of Accomplishing Goals that Matter” –  an incredible success plan.

Through her keynotes, executive and group coaching, seminars and executive retreats, Vernice conveys her message of Zero to Breakthrough utilizing her unique insight and life strategy:  “You have permission to engage!” What an amazing story of service and leadership. 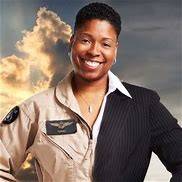 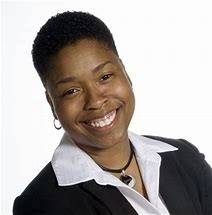 Page last modified February 15, 2021
Report a problem with this page