The Distinguished Woman in Higher Education Leadership Award is presented annually by the Michigan ACE Network. It is the highest honor the MI-ACE Network presents.

In an organization that attracts the involvement of academic and administrative leaders in higher education and those who aspire to follow in their footsteps, it is a challenging task to single out just a few of the many who have pioneered change and championed the voices of women in their profession.

Despite the challenge, in 2001 the Michigan ACE Network chose to encourage an increased public awareness of women’s particular contributions at the college and university level by creating the “Distinguished Woman in Higher Education Leadership Award.” This award honors Michigan women who have distinguished themselves by providing outstanding leadership to women in their institutions, in their profession and in society at large. The award recognizes groundbreaking work on behalf of women that is outside the scope of the nominee’s formal faculty or staff responsibilities. Honorees have distinguished themselves as advocates for women and catalysts for change.

Honorees are chosen from nominations made by the presidents or chief operating officers of Michigan ACE Network member colleges and universities early each calendar year. The Michigan ACE Network includes public and private institutions, both 2- and 4-year and awards are offered in separate 2- and 4-year nomination categories. A rigorous nomination process is followed by a selection panel of members of the Michigan ACE Network board who represent a variety of institutions across the state. Network board members and Institutional Representatives are not eligible for the award during their terms of office. No award, one award or a limit of two awards in each category may be made each year. The honoree and her institution are notified of the award in late spring and the honor, for which the honoree must be present, is presented at the major annual conference of the association, held in June of each year. 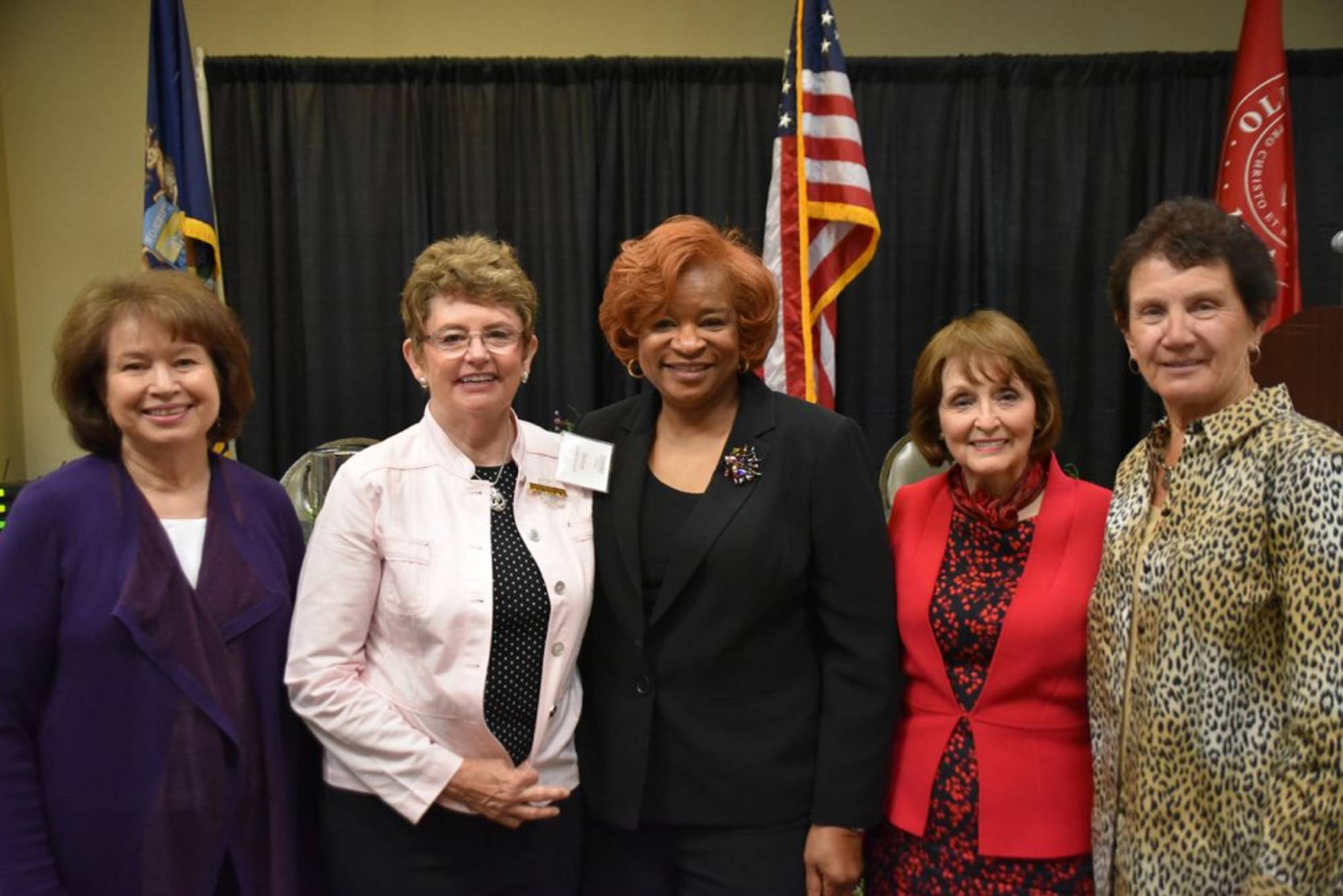 Past award recipients pictured at the 2018 conference