As we close out Black History month and our salute to Black women history makers, this week’s focus is on Michigan Women’s Hall of Famer, Dr. Alexa Irene Canady. Many of us know her story but it is always an inspiration to read and reflect on the challenges she faced and her determined efforts to fulfill her goals and dreams.

Alexa Irene Canady was born in Lansing, Michigan, to Elizabeth Hortense (Golden) Canady and Dr. Clinton Canady, Jr. Her mother was an educator and former national president of Delta Sigma Theta Sorority, Inc. She spent years being active in civic affairs within the city of Lansing and was the first African American to be elected to the Lansing Board of Education. Alexa’s father was a dentist. Her parents attended Fisk University, where they met and later married on her mother's 19th birthday right before her father's deployment during World War II.

Canady and her younger brother were raised outside of Lansing and were the only two African American students in their school. She faced prejudice in school; in one instance, a family member who was training in psychology tested her at a young age for intelligence, and when she scored highly on the exam, her family was surprised because her performance in school was only average. They later discovered that her teacher had been switching her test scores with a white student to cover up her intelligence. Despite the many obstacles throughout her school years Alexa stood out among her peers academically, both in the classroom and by earning high scores on her tests in school.

Alexa attended the University of Michigan where she received her B.S. degree in zoology in 1971. Her time at the University of Michigan was not without its struggles; she almost dropped out of college at one point due to a "crisis of confidence." She had originally chosen to major in mathematics but she soon realized that math was not her passion. Then she learned of a minority health careers program at her university and decided to pursue it. This program helped her realize that her passion was in the medical field. She would then go on to receive her M.D. with cum laude honors from the University of Michigan Medical School in 1975, where she joined the Alpha Omega Alpha Honorary Medical Society. While in medical school, she was also recognized by the American Medical Women's Association.

Although she initially had an interest in internal medicine, Dr. Canady decided on neurosurgery after falling in love with neurology during her first two years of medical school. She settled on this specialty against the recommendations of her advisors. Knowing that gaining a residency as a Black student would be difficult, Canady began building her résumé, reading many articles and attending every conference and seminar she could, sometimes asking questions just to get known in the small field. Her appreciation for the fluidity of human anatomy would serve her well in her competitive field.

Dr. Canady then became a surgical intern at the Yale-New Haven Hospital from 1975–1976, rotating under Dr. William F. Collins. Although an exceptional student, she still faced prejudice and discriminatory comments as she was both the first Black and female intern in the program.  On her first day as an intern, she was told, "you must be our new equal-opportunity package."  Despite these prejudices, she was voted one of the top residents by her fellow physicians.

After completing her internship, Alexa went to the University of Minnesota for her residency, becoming the first female African-American neurosurgery resident in the United States. She has stated that she was not focused on the history she was making, but the significance of her accomplishments and what it meant for other African-Americans and women in medicine.

Dr. Canady specialized in pediatric neurosurgery and was the chief of neurosurgery at the Children's Hospital in Michigan from 1987 until her partial retirement in 2001. She became the first African-American woman to be a board-certified Neurosurgeon in 1984. She also conducted research and was a professor of neurosurgery at Wayne State University. After her retirement, Dr. Canady moved to Florida and maintained a part-time practice at Pensacola's Sacred Heart Hospital until her full retirement in January 2012. 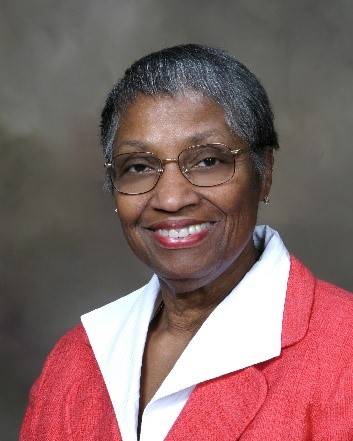 Page last modified February 22, 2021
Report a problem with this page