“My mom was the first female president for the Village of Sparta, so a lot of our dinner conversations were around municipal operations. Probably more so than in most homes,” Anna Gremling ’01 & ’04 said.

Gremling didn’t follow in her mother’s footsteps by becoming an elected official, but she grew more aware of government operations during those dinners. That led Gremling to earn both bachelor’s and master’s degrees in public administration from Grand Valley and take a job leading an urban planning department. 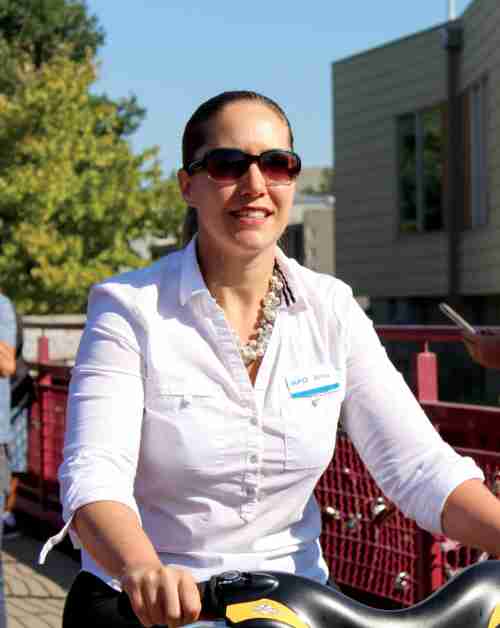 “I didn’t get here by myself; people opened doors for me. I’m simply doing the same by helping students get real-world experience and make connections.”

Gremling is the executive director of the Indianapolis Metropolitan Planning Organization. The MPO covers 1,500 square miles of the Indianapolis area and surrounding counties and has a $50 million annual budget for infrastructure investment and transportation purposes.

While still a student, Gremling participated in an internship with the Grand Valley Metro Council. The council is the MPO for the Greater Grand Rapids area. She said the internship experience helped her develop an interest in the transportation industry that has stayed with her throughout her career.

Every time someone fills their car at the pump, they pay a federal gas tax. Gremling said a portion of that gas tax goes to a region’s MPO. That money is used for roadway improvements, like repairs and roundabouts, bus lines and pedestrian-friendly features like sidewalks, trails and bike lanes.

“I have such an interest in my work, personally and professionally, because if you don’t have quality infrastructure, it really does impact your quality of life,” said Gremling. “For instance, sitting in traffic every day just to get to work has a negative impact on you. This is one reason why good transportation planning is so important.”

Transportation planning is also a leading predictor of a person’s ability to get out of poverty, she said. Families without a car, or with one car may have difficulties accessing education and jobs. Gremling said that’s why she and her colleagues have made it a top priority to improve the Indianapolis region’s public transit system.

Gremling cited the Marion County Transit Plan, passed in 2015, as an example. The plan included the region’s first Bus Rapid Transit Line, operated by IndyGo. Wait times between transfers decreased from 30 minutes or more to 10-15 minutes during peak hours, she said. 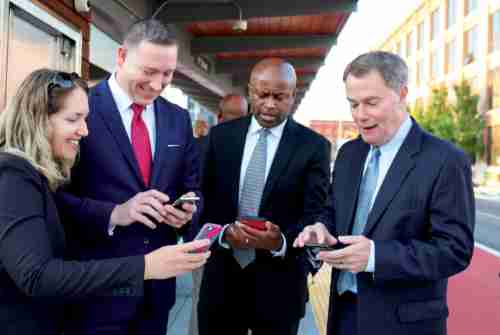 Above: Anna Gremling ’01 & ’04 is pictured with Indianapolis leaders testing the new transit arrival app that was launched as part of the new Red Line Bus Rapid Transit opening. (Courtesy IndyGo)

“It was really exciting to be a part of that project,” said Gremling. “I was able to help select the downtown transit center design and be a part of planning the route. It’s all still there and in use today. It’s rewarding to see it help the community.”

Since being named executive director in 2012, Gremling has earned numerous awards, including the 2020 Woman of the Year by the Women in Transportation Indianapolis Chapter. The award honors someone who is an outstanding role model and has contributed to the advancement of women and minorities in transportation.

Gremling, who served on the GVSU Alumni Association Board of Directors from 2012-2015, has established a college student internship program with her MPO. Grand Valley had a positive impact on her, she said, teaching her to be prepared and work hard.

“I didn’t get here by myself; people opened doors for me. I’m simply doing the same by helping students get real-world experience and make connections.”