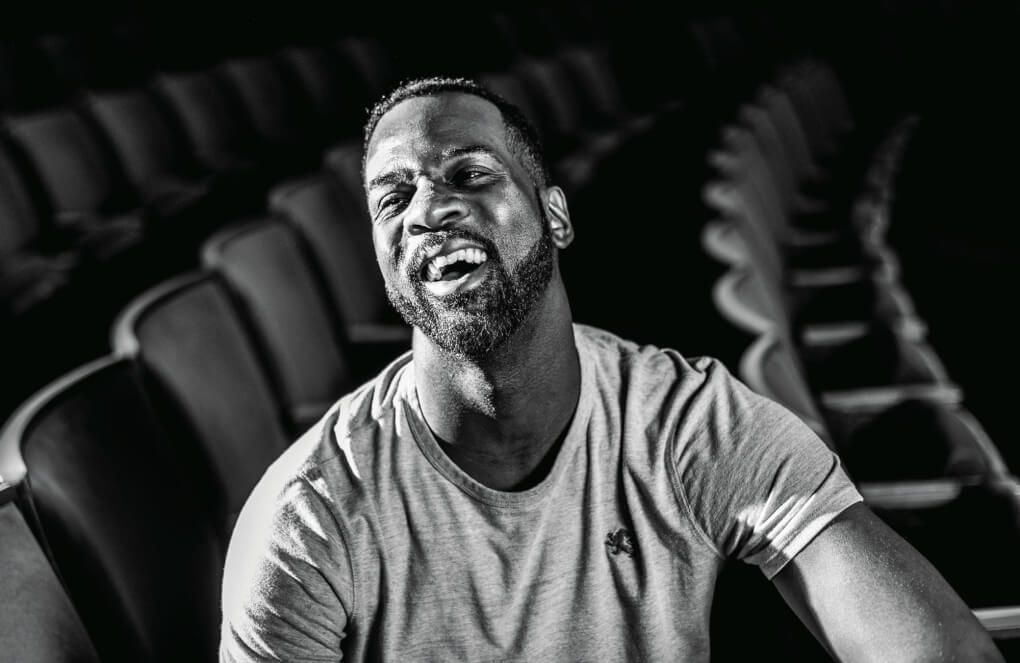 The stage is truth for Christopher Chase Carter. It requires transparency. There is no hiding.

And then there’s the moment when you know you made contact with the audience.

“I love the feeling of being on the stage affecting someone’s life, and bringing joy or light to someone’s day,” said Carter ’09. “If you hear them laugh, you know you changed the mood, even if they have had the worst day.”

There is also another truth for Carter.

Even with the fulfillment he gets from performing and the regard professionals hold for his work on stage, Carter is steadfast that the contribution he wants to make in the theater is as a choreographer and director.

“I wanted to perform because I knew I had to do it to get to this point, but I have always wanted to create,” he explained. “I get the rush from seeing the performer succeed and helping them achieve their goals. That makes me so proud.”

Carter infuses that passionate pursuit with a strong work ethic, one of the hallmarks he showed as a student while earning a bachelor’s degree in dance.

One snapshot of his schedule early in 2020 showed him directing and choreographing the show “Legally Blonde: The Musical” at Northwestern University; in Grand Rapids to hold auditions for “The Wiz” at Grand Rapids Civic Theatre; and on tap as co-choreographer for a production of “Children of Eden” in Chicago. That production was filled with veterans of both Broadway and Chicago stages.

His days were equally filled while at Grand Valley, though his route to settling in as a Laker was a bit circuitous. Carter’s hometown is Muskegon, where he was a mascot and cheerleader for Muskegon High School, played sports and participated in the musical theater department.

After high school, he was at Grand Valley for one semester until he had an opportunity to attend the Debbie Allen Dance Academy in California. After his time there, he was accepted to the summer intensive program at The Ailey School. He eventually returned to Grand Valley after a stint at Blue Lake Fine Arts Camp.

“I get the rush from seeing the performer succeed and helping them achieve their goals.” 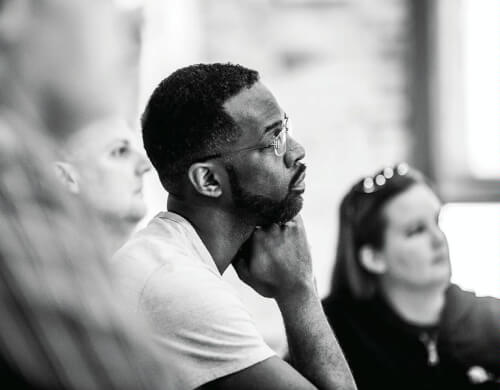 While at Grand Valley, he enhanced his time as a student as a cheerleader and choreographer for the dance, cheer and color guard teams. But he especially made a mark at what is now the Haas Center for Performing Arts. It was in the dance wing of the building where Dale Schriemer discovered Carter’s talent.

Schriemer, professor of voice and Grand Valley Opera Theatre director, heard Carter imitating Mufasa from “The Lion King.” “He had this Darth Vader-type voice. I said, ‘Who are you?’ and I sort of took him under my wing,” Schriemer said.

Carter’s on-campus performance as the lead in “Ragtime,” an emotionally taxing role, was brilliant, Schriemer said. Schriemer saw a bright future for Carter as a performer but quickly learned that he wanted off-stage roles. Schriemer was equally impressed with Carter’s commitment to that route.

“I liked him so much on stage that I was shocked when he said he wanted to shift to becoming a stage director and choreographer. His choices were clear. His inner compass was strong,” Schriemer said. “Chris is self-motivated. I am very impressed by how he defines himself.”

Schriemer is grateful for the relationships Carter is building in the Chicago theater world, saying Grand Valley also benefits from those connections. He is also amazed that with all of his successes, Carter still likes to occasionally work on a campus production.

Carter sees the benefit of growth while also maintaining connections. His said his most important connection has been his 2017 marriage to Loren Connell, giving him the support to continue to reach.

While his days on the professional stage with the likes of Dance Chicago and performing across the country in iconic musical theater productions are behind him, he keeps as his ultimate goal work on one of the biggest international stages.

“I want to be one of the choreographers for the opening ceremony of the Olympics,” he said. “That is a dream of mine. I love creating art, and I plan to pursue that goal until it happens.”