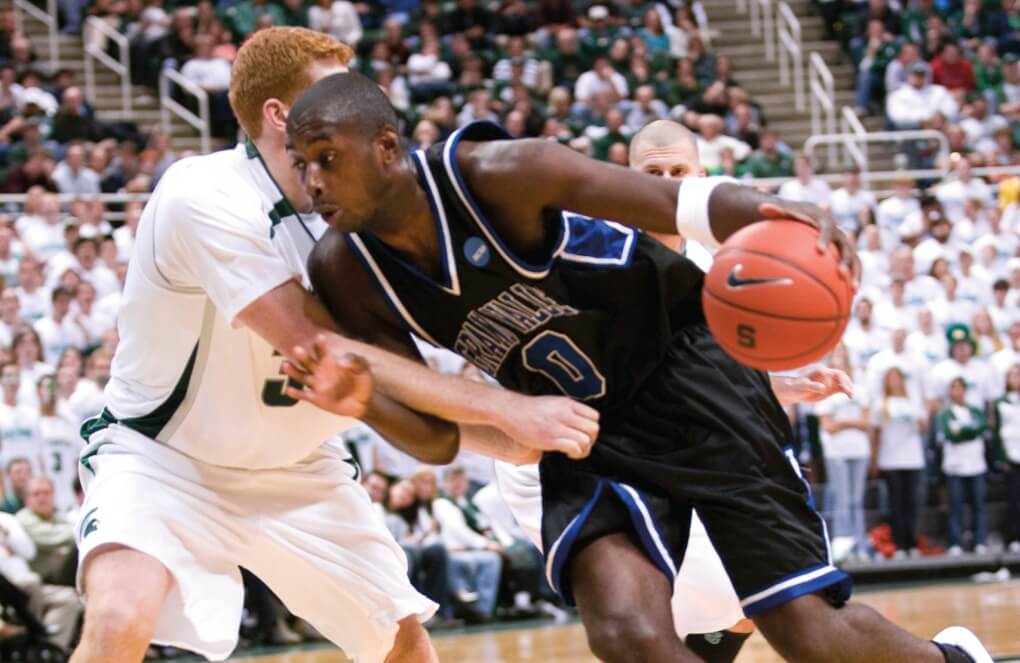 Callistus Eziukwu has traveled to 13 different countries for his job. While the sights, people, food and languages vary greatly, he knows he will find one constant: basketball.

Eziukwu, who earned a bachelor’s degree in movement science, has played professional basketball for 18 international teams since he graduated in 2008. At 34, Eziukwu said this past season spent in Uruguay playing for Club Trouville Montevideo was his last. A native of Muskegon, Eziukwu said his young family — wife, Ashley, and 2-year-old daughter, Zola — deserve stability.

Below is a partial list of men’s basketball alumni who have played professionally overseas. 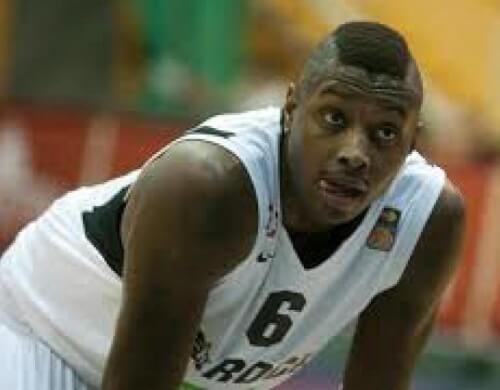 Callistus Eziukwu has played in

“It was getting harder and harder to be away from our family,” he said.

Eziukwu, known as “Bean,” is not sure what comes next but said he looks forward to the future. “Whatever I do, it is going to be a whole new world,” he said. “I will learn everything all over again.”

After graduating, Eziukwu played in the summer NBA league for the Philadelphia 76ers. He then went to France and found himself on a team with former teammate Jason Jamerson, which he said made the transition to living in Europe easier.

“My first year in France I didn’t understand any French, but found some language similarities in Spanish. Then I went to Turkey and Poland and the languages spoken there were difficult to catch on to,” he said.

Through his travels, Eziukwu has developed a method for learning enough conversational language to get by, with some help from his teammates. “They always tell me the bad words first,” he said with a laugh.

He said Greece has been his favorite place to live and he enjoyed Estonia, in northern Europe near the Baltic Sea. “Estonia seceded from Russia in 1994, and had only been its own country for 15 years when I got there. That was cool to witness,” he said. Eziukwu called Uruguay, his current home, “peaceful but really hot.”

The fans in Europe and other countries where Eziukwu has played were great, he said. “Some teams are based in small towns of 5,000 or so, so everyone comes to the games. It’s really great. You see people in the grocery store, and they say ‘Hey’ to you,” he said.

As the starting center for Trouville Montevideo, Eziukwu averaged 10.9 points and seven rebounds per game this past season. The defensive prowess he was known for at Grand Valley remains true overseas. Eziukwu was named the Eurobasket.com All-FIBA Europe Cup Defensive Player of the Year several times, most recently in 2016.

“As a player I’ve grown to understand it’s the journey not the destination,” Eziukwu said. “In college we were always setting goals, like winning the conference championship. You tend to forget the importance of every step in between. As I’ve gotten older, I understand that better.”

As he prepares to step away from international basketball, Eziukwu said he is grateful for the opportunity to play hoops after college.

“There is so much basketball out there, there are leagues everywhere,” he said. “It’s very much been a blessing to do what I love.”