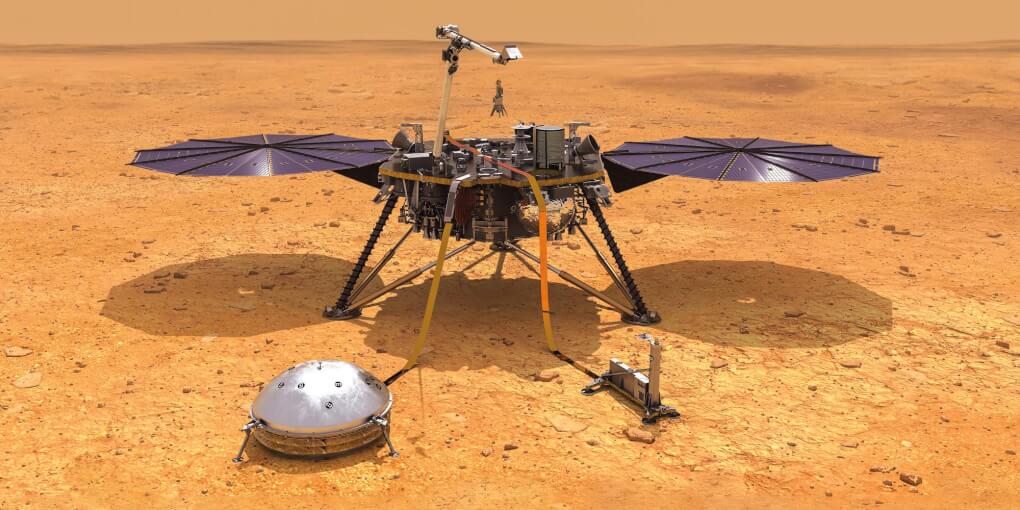 Geology alumnus works with global team on mission to Mars

(Top photo) This artist’s concept depicts NASA’s InSight lander after it has deployed its instruments on the Martian surface. (courtesy NASA/JPL-Caltech)

James Ashley ’87 had no problem transitioning to working from home during a shelter-in-place order by California’s governor in mid-March as COVID-19 spread through the state.

Ashley, who earned a bachelor’s degree in geology from Grand Valley, has become accustomed to virtual meetings and teleconferences with scientists and engineers around the world as they work together to remotely guide a robotic lander through experiments and data collection on Mars.

Ashley, who received the 2012 Distinguished Alumni Award from Grand Valley, has found his dream job. As a planetary scientist and deputy science operations coordinator for NASA’s InSight mission, he is responsible for integrating science activities for the lander to perform on Mars.

“Understanding data collected from this unique Mars mission will provide us with basic geophysical information desired since the 1970s,” Ashley said. “We know the seismology of the Earth and Moon and Mars is halfway in size between the Earth and Moon; we can use InSight to fill some significant knowledge gaps that can be extrapolated to other planets in the solar system, and possibly even to other star systems.”

This data will help NASA scientists understand more about the parameters of Mars’ core, the thickness of its crust and mantle, history of the magnetic field, and other key information for the planet, Ashley said. He said data so far shows several small quakes on Mars, but no significant meteoroid impacts yet. 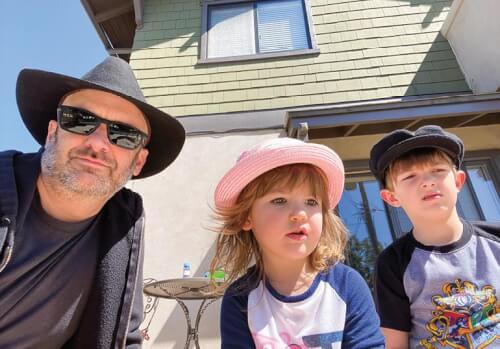 James Ashley is pictured with his children, Rose and Rhys. (courtesy photo)

Ashley’s office is at the NASA Jet Propulsion Laboratory (JPL) at the California Institute of Technology in Pasadena. His work at JPL started when he received a post-doctoral fellowship in 2014 to work on landing site selection for InSight and the Mars 2020 rover, Perseverance. The work carried over from his doctoral degree at Arizona State University in planetary remote sensing geophysics.

He was in Nice, France, for an InSight conference in February to discuss the latest science data and lander operations. The team includes scientists and engineers from France, Germany, England, Switzerland and Spain.

Ashley has a hypothesis about the differences between NASA scientists and engineers that is reminiscent of banter viewers of TV’s “Big Bang Theory” would hear: “I say that we scientists are not necessarily the cleverest people at JPL because we can afford to be dead wrong about things, the engineers cannot.”

For someone with a passion for astronomy, Ashley said Grand Valley and its Geology Department were a perfect fit.

“Grand Valley was just wonderful. It was the perfect place for me, and my professors were able to spend a lot of time with students helping them pursue their passions,” he said. Ashley earned a master’s degree in geological science from Michigan State University. 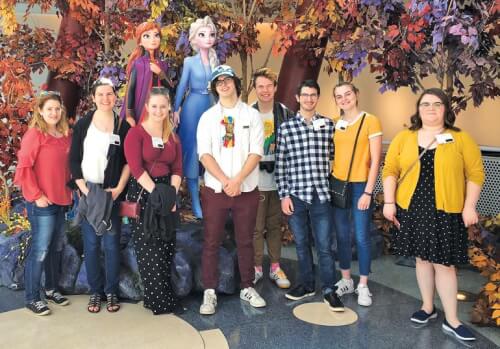 Mary (Graff) Ashley ’97, far left, is pictured with a group of GVSU students who were invited to tour Los Angeles film studios. Ashley is a film editor. (courtesy photo)

Ashley’s wife is also a Grand Valley graduate. Mary (Graff) Ashley ’97 is a film editor who has worked on film and TV projects such as “The Lord of the Rings” franchise, “King Kong,” “Lost,” “Darkest Hour,” among other productions. Mary and other Los Angeles-based film alumni invited a group of Grand Valley students to tour various film studios like Fox, Amasia Entertainment, Dreamworks and Disney Animation Studios.

Ashley, too, maintains connections with his alma mater. He was scheduled to visit professor John Weber’s geology class in April, but that was canceled due to the pandemic.

While the mission for the InSight lander continues, Ashley looks ahead to other NASA projects. He submitted a proposal to participate as a science team member of the Mars 2020 rover mission, which is scheduled for launch in July.

That mission is designed to select and cache samples for eventual return to Earth with the hopes of resolving questions relating to the astrobiology of Mars, Ashley said, including, “Are we alone?”