From experiment to excellence

25 years of charter schools at GVSU

In 1993, Michigan lawmakers introduced plans that would provide educational choice to the state’s K-12 system and passed a law allowing for the creation of charter schools that would give families free, innovative options for their children.

At the time, President Emeritus Arend D. Lubbers was inspired by the prospects that change held for advancing education.

The steps taken over the next few years establishing Grand Valley as a charter school authorizer has led to 25 years of innovating and leading change in the public charter academy space.

The growth that followed has led to Grand Valley authorizing 76 charter schools in the 2019-2020 school year, serving more than 34,000 students across the state in 31 distinct communities, with students often performing better on average than their peers in public school districts. 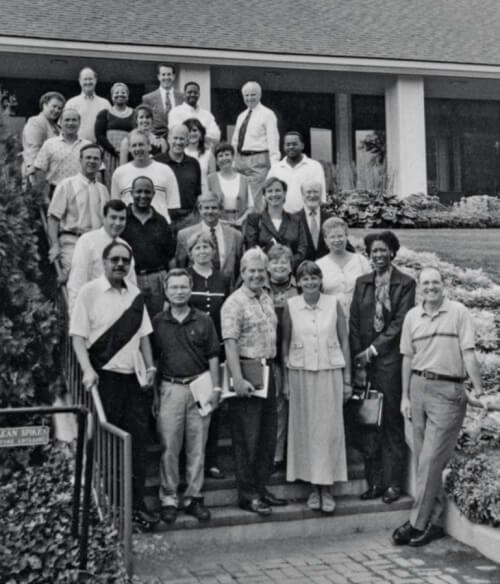 As the charter school movement grew, Lubbers formed a steering committee to explore the impact that charters could have on education. He had found during his presidency that competition and collaboration led to growth in higher education and thought similar outcomes were possible for the K–12 level.

Lubbers sent a letter to steering committee members asking for help determining how the university should work in the charter space.

Committee members were leaders from GVSU, K–12 districts and local businesses and nonprofits. Their findings were positive, and Lubbers thought the university needed to lead the way. On June 1, 1995, GVSU officially became the second university charter school authorizer in Michigan. 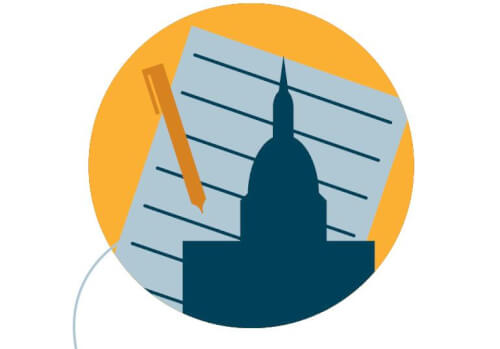 In 1993 Michigan lawmakers introduced plans that would provide educational choice to the state’s K–12 system. 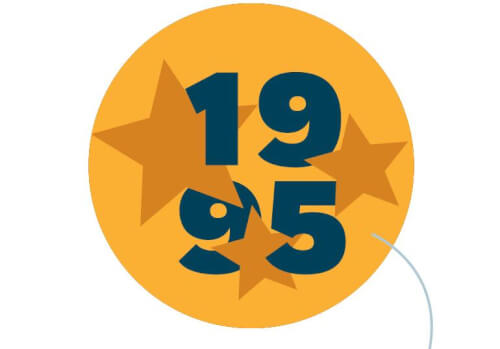 As an early supporter of the charter movement, Grand Valley leaders saw a chance to work with, rather than against, other authorizers on the formation of foundational statewide structures. The combined effort resulted in standardized compliance measures and accountability guidelines for all higher education charter school authorizers to follow, said Rob Kimball, associate vice president for charter schools.

The foundational belief that creating common frameworks for applications and standards ensured any higher education institution looking to authorize a school would be held to the same high standards, and led to the creation of the Michigan Council of Charter School Academies. 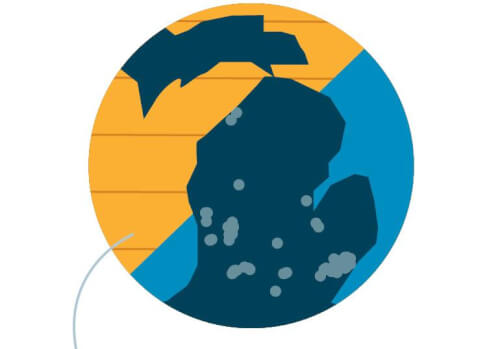 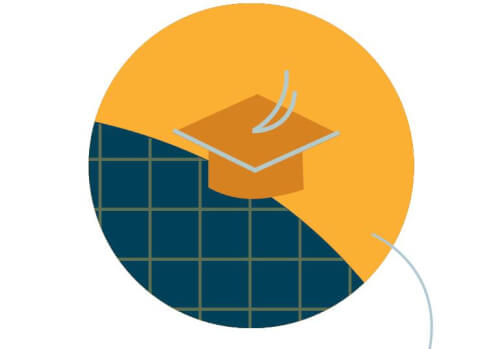 In 2019-2020 there were 20 GVSU authorized charter schools that offer high school grade levels. 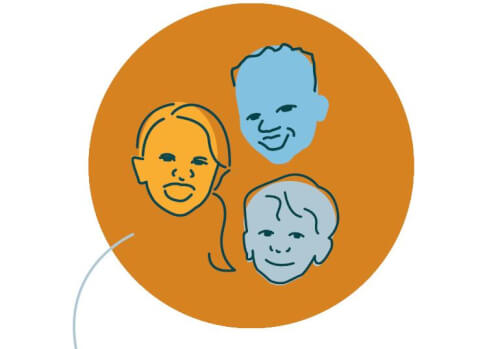 The MCCSA is composed of leaders from every university authorizer in Michigan, and explores new ways to advance charter school oversight.

After the groundwork was laid, Grand Valley opened its first three charter schools in September 1995: Tri-Valley Academy, West Michigan Academy of Hospitality Sciences and Excel Charter Academy. The schools served about 350 students at the time.

The school is still full of students today, and is perennially one of the top performing K–8 schools in the state. It’s also a school that has been bold in trying new ideas that can improve educational experiences for students and parents.

At the time, though, most charters only served grades K–8, and the schools that did provide high school generally focused on giving students experiences that would prepare them immediately for the workforce. The environment left an opening GVSU would eventually fill: pioneering college prep academies.

In 1996, GVSU agreed to authorize Black River Public School, a middle/high school in Holland founded by parents. The parents envisioned starting a school designed to help students excel in college, even imparting college-going habits in middle school students. The school was ahead of its time, striving to make sure each student was growing and ready for higher education.

Today, GVSU authorizes 20 charter schools that offer high school grade levels. Some schools promote college readiness by exposing students to college-level curriculum through Advanced Placement courses or dual enrollment. Others task seniors with semester or year-long projects that culminate in a presentation in front of a panel, similar to thesis defense. While each school may use a unique preparation method, all are helping students carve out a path for succeeding in college, Kimball said.

In 2003, the CSO established the Academic Grant to create a chance for financial support between GVSU as an authorizer and a particular school. The grant is awarded based on each school’s student academic performance and professional education for teachers and board members.

Schools can earn grants up to $10 per student if academic requirements are met. In 2018-2019, more than $600,000 in grant funds was distributed, which is unique to Grand Valley among all higher education charter authorizers in the nation.

The CSO worked with University Preparatory Academy in 2006 to add grades K-5 to the school’s existing portfolio of middle and high school students, becoming the first Detroit charter school to support students from K–12.

A reputation for excellence

Grand Valley’s Charter Schools office became the first higher education institution in the nation to earn accreditation for its work as a charter school authorizer in 2015. The process involved a third-party review team asserting that the CSO achieved excellence as an authorizer. The recommendation for a five-year maximum accreditation came after interviews with more than 120 stakeholders from the university and charter schools, along with a detailed review of evidence that supported GVSU’s work as an excellent authorizer.

“It also marked a significant step toward increasing standards, transparency and accountability for charter school authorizers across Michigan and the nation. GVSU is currently one of only five higher education institutions to be accredited for its authorizing practices.”

Educators from Grand Valley’s charters have often been recognized for leadership in administration and teaching, especially from the Michigan Association of Public School Academies.

Each year, MAPSA awards the best charter school teacher and administrator in the state; candidates for awards are based on nominations from parents, teachers and school leaders. Nominees are judged on a rigorous scale, and evaluated by an external panel of judges.

Thirteen educators from GVSU-authorized schools have won since 2002, when the awards were created. A Grand Valley teacher and administrator won their respective awards in both 2016 and 2019. 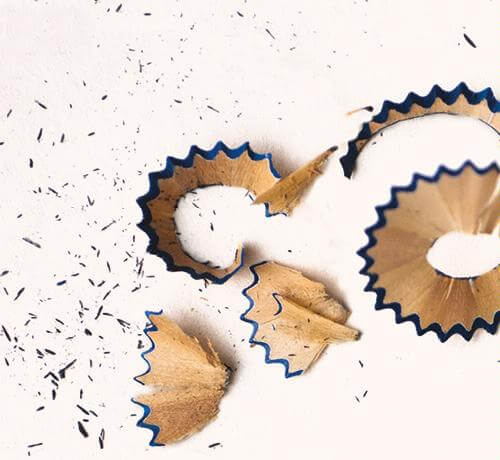 Transforming education in a low-performing district

The presence of Grand Valley in Battle Creek extends far beyond its office suite on West Michigan Avenue in the city's business district. 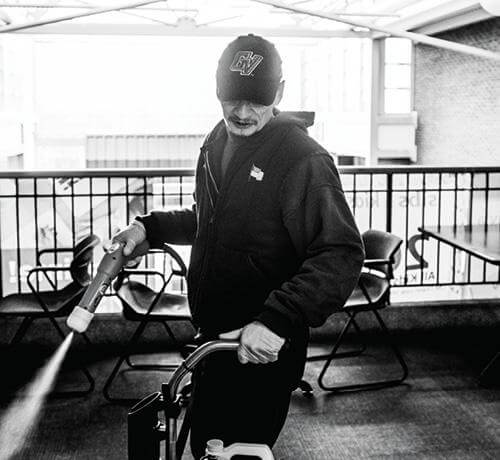 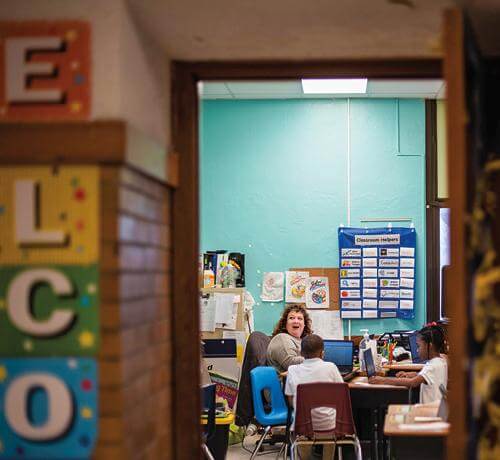 Teacher retention within the Muskegon Heights Public School Academy System has been disheartening. The College of Education is among community partners working to change that.