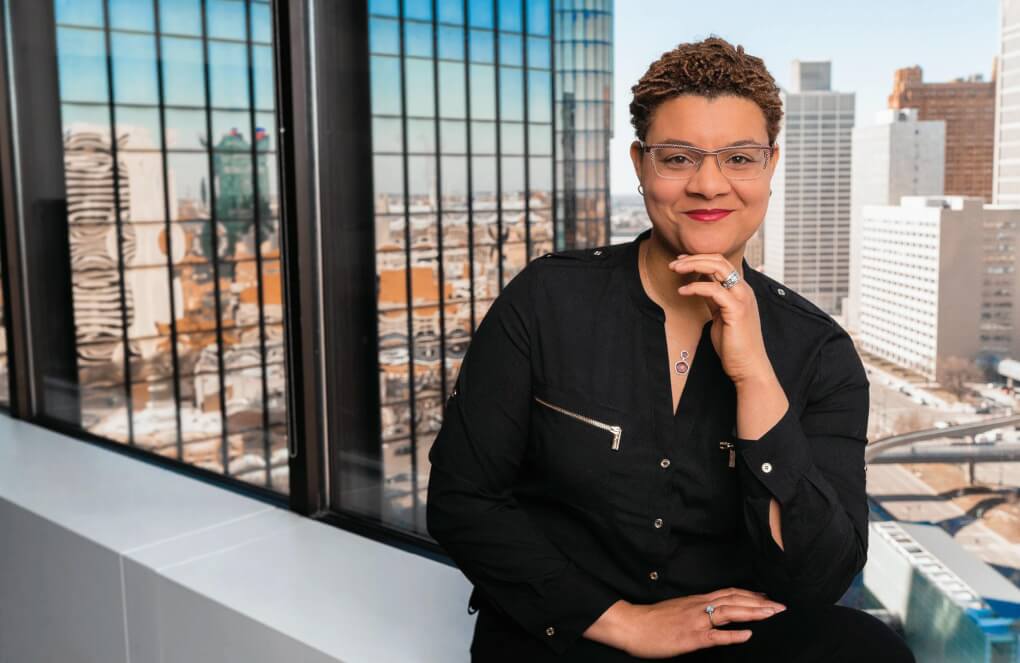 Alumna is at the center of Detroit's big comeback, securing millions of dollars to transform city neighborhoods

From offices on the 17th floor of a skyscraper high atop the Renaissance Center in downtown Detroit, Tosha Tabron has a beautiful view of the city.

That amazing view is not far away from neighborhoods where, thanks to Tabron, the view is changing, as abandoned buildings are transformed into affordable housing units and restaurants.

After a 20-year career in nonprofit financing and philanthropy for the banking industry, Tabron joined Invest Detroit, a community development financial institution. As senior vice president of lending, Tabron ’99 is helping ignite economic growth in some of Detroit’s most rundown neighborhoods.

She spoke with Grand Valley Magazine about her successful banking and real estate career, her love for the Motor City and the part she is playing in Detroit’s path to revitalization. 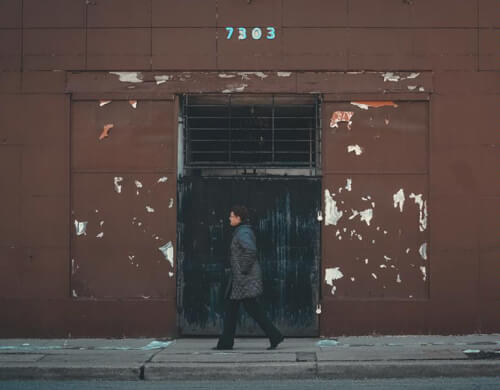 You’ve been working for Invest Detroit about a year and a half. Describe your job and why you decided to work there.

I work with banking institutions and developers across Detroit to start housing projects and commercial revitalization. We take blighted buildings, structures and vacant land and figure out how we can use our financing capabilities to get those buildings and spaces back into productive use and make it beautiful again. Marrying the worlds of banking and real estate became a lifelong focus of mine.

Joining Invest Detroit meant I could influence a $250 million urban development strategy and ensure that people of color and women entrepreneurs get the money they need to realize their development aspirations in Detroit.

What project are you working on now?

We’ve raised $56 million to use over five years to establish our Strategic Neighborhood Fund. We started with three pilot neighborhoods and the first to launch is called “The Coe,” which is along Coe and Van Dyke avenues in the West Village neighborhood. This is the first new development in this area in decades. We also have construction projects underway for affordable housing and restaurants along McNichols (6 Mile Road) and Livernois.

Our five-year goal is $250 million in investments, which means about 40 projects. We’re taking calculated risks on these neighborhoods. We’re dipping our toes into the water first and hoping others follow behind us.

Your banking career included several years at JPMorgan Chase, where you oversaw a $150 million investment to help revitalize the city.

Yes, I spent nine months creating a plan to make investments in the city. I had the opportunity to say how we should place those dollars in the market place. It had to be an investment in order to send a different kind of message — that this big bank is willing to take a risk on the city. We were not just giving it away and hoping for the best; we expected we were going to get our money back. That investment put Detroit in a global spotlight. 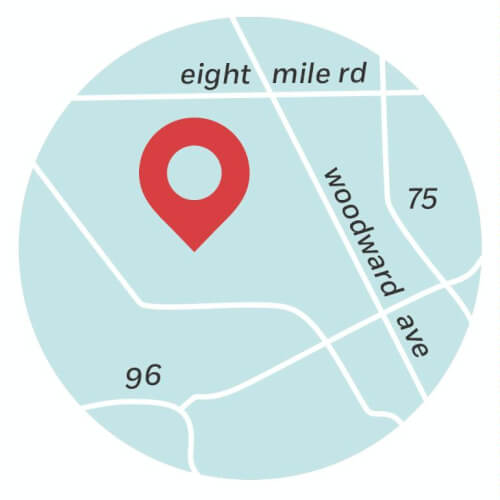 Liv/6, along the 7300/7400 blocks of West McNichols, is one of Invest Detroit’s neighborhood revitalization areas. Four developments are planned and underway, all led by developers who are women or people of color.

Two vacant storefronts will be combined into one large restaurant space called Detroit Pizza Bar, that will include an open kitchen, woodfire and gas pizza ovens and outdoor seating

A 4,000-square-foot building will be restored to support emerging entrepreneurs looking to start and expand their business

What led you back to Detroit after graduating from Grand Valley?

I initially came back because my father was ill. I grew up in northwest Detroit and I tell people I didn’t know I was in love with the city until I came back.

I realized what was happening to Detroit, but the revitalization wasn’t happening at the scale it was for other cities. With my education and interest in banking, I knew I wanted to learn how to bring resources to the city and use my skillset to make a difference in the place where I was raised and the place where I would establish roots.

You knew you wanted to be a banker in the first grade. How did that happen?

My parents took me to the bank to open a savings account and I watched one of the tellers counting all that money. I couldn’t believe she had a job that involved handling money all day. I thought, I want one of those jobs.

I majored in business administration and management at Grand Valley and worked as a teller in Grand Rapids at a bank and at a credit union. So, at that first sight of money, I was hooked.

Your parents played an important part in your education, teaching you about the value of money.

My parents started college but didn’t finish their degrees. They retired from the post office, and my father was also a Realtor. He brought me into that financial space early on.

They did a lot with a little. I thought my parents were wealthy; we didn’t have a mortgage on our home and we traveled a lot. Well, my parents didn’t make a lot of money but they knew how to hold on to it. They were very smart about their spending and they taught us at an early age to save money and to invest. They passed their wisdom onto us — my brother and myself.

What drew you to Grand Valley?

Grand Valley representatives came to my high school, Renaissance High School, and they saw something in me. I applied and received a scholarship. My time at Grand Valley was very special to me — connecting with other students who were part of what was then the minority business education program. I had resources and support services that I needed during my first experience away from home.

The Seidman College of Business gave me the practical knowledge I needed to start my career and I still apply those skills today. GVSU was the right size, the right culture, the right experience for me. I then went on to earn a master’s degree from Wayne State University in urban planning, housing and community development.

What are your hopes and dreams for Detroit?

I would like to see additional investments and projects happen in the neighborhoods Detroit natives remember — so those areas can become vibrant again with good education for residents. It’s important to me and my husband that our sons (Donald, 10, Djoser, 7)

see the city my parents grew up in. I grew up in an era when Detroit was struggling. I want my kids to enjoy a different part of Detroit that’s always been a part of its history. We’re starting to see it, and I’m excited to be a part of that.