Grand Valley has scholarships and fellowships available for current and prospective students.

Scholarships help ensure that the best and brightest students can access a Grand Valley education and enrich our campus, regardless of their socioeconomic situation. They are a great resource to help reduce your reliance on student loans. Grand Valley has a wide variety of scholarships available to new and returning students. To begin your scholarship search select one of the options listed below or contact the Financial Aid Office at scholarships@gvsu.edu, (616) 331-3234, or toll-free at (800) 748-0246.

Freshman, Transfer, and Internal applicants in Art Education and Studio Art are eligible for these awards.

This award can be searched for and applied for at GVSU's MyScholarships page.

Award Amount
The amount varies in number and amount. Students can receive up to $1,000 per year.

Deadline
Applicants who apply prior to April 8th on any given year will automatically be considered for incoming student art scholarships. Letters of award of a scholarship will be mailed to recipients during the last week of April.

Description
Awarded to incoming students (including Transfer and Internal Students). Initial award determined by review of Visual and Media Arts admission portfolios and National Portfolio Day reviews of students work. Artwork is the primary criteria for selection. Automatic renewal of scholarship is dependent upon maintaining a G.P.A. of 3.0 overall, and appropriate progress towards completion of a degree in Art Education and/or Studio Art.

All other available scholarships for majors can be searched for and applied for at GVSU's MyScholarships page.

Eligibility
Student must be entering your junior or senior year or beginning graduate-level work. Must be full-time as a Bachelor of Fine Arts or Master of Fine Arts degree student with a 3.0 cumulative GPA and show promise as an artist.

Description
Established by Marybeth Koeze, honoring the memory of her parents, Albert and Ella Koeze. This scholarship provides financial assistance to students majoring in fine arts.

Eligibility
Applicants must be senior students in Visual and Media Arts, Music, Theater, and/or Dance and must be enrolled full time. Candidates are nominated by the faculty from their units and are expected to be in their final year of undergraduate study during the year covered by the award. Please contact your department for further detail.

Description
Established in the 1970s by a group called Friends of the Arts and funded through proceeds of the sale of prints by artist Alexander Calder, which he donated to Friends of the Arts to support the arts at GVSU. Scholarships benefit students in any discipline of the fine arts. A committee representing the fine and performing arts chooses recipients for the awards.

Eligibility
Student must be accepted or currently enrolled at Grand Valley State University with an emphasis in Jewelry/Metalsmithing, enrolled in 3 credit hours or more in Fine Arts with a cumulative grade point average of 3.0 or better on a 4.0 scale. Preference will be given to non-degree seeking or part-time students. Financial aid may be considered and shall be demonstrated by the completion of the Free Application for Federal Student Aid (FAFSA). Recipients will be chosen by the Jewelry/Metalsmithing faculty and verified by the GVSU Financial Aid Office.

Description
Established by A. Newton Dilley and Abby P. Dilley to honor Ann M. Dilley and her passion for the metalsmithing arts.

Description
Award comes from the College of Liberal Arts and Sciences and goes to deserving current students in Visual and Media Arts, Music and the School of Communications. 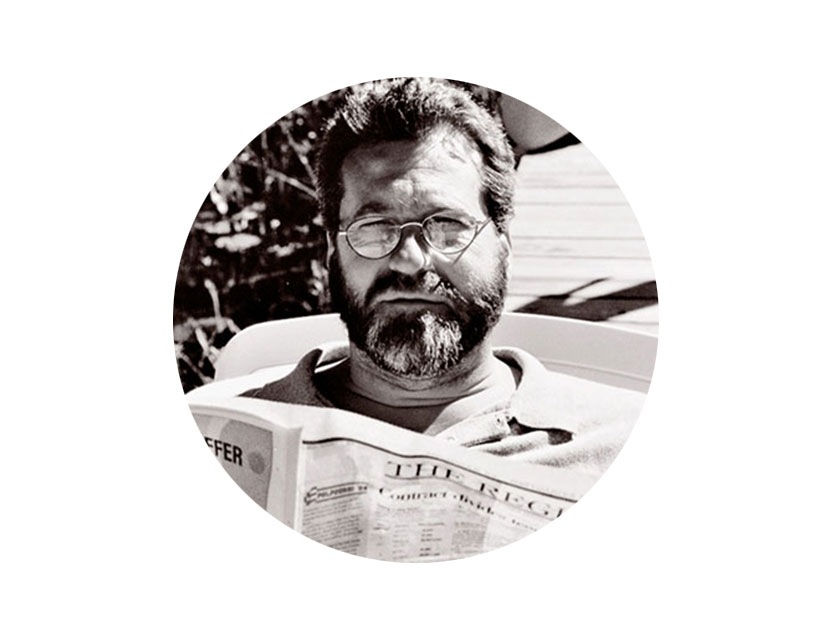 Award Amount
In the $1,000 range, non-renewable. Students may reapply.

Eligibility
Upper level (55 or more credit hours) Film and Video Production majors who have made or intend to make media that contributes to the improvement of society.

Description
Dirk Koning was the founding Director of the Community Media Center in Grand Rapids MI, and an adjunct faculty member at GVSU. Dirk was a media visionary, a passionate ambassador for public access, who believed that the airwaves belong to the people. He was an internationally recognized media activist and champion for free speech. Dirk died unexpectedly in 2005 at the age of 48. We have named this scholarship in his honor.

Scholarship moneys from this fund are awarded on a competitive basis to upper level* Film and Video Production majors who have made or intend to make media that contributes to the improvement of society. Individual scholarships, in the $1,000 range, are not automatically renewable, but students may re-apply. Scholarship awards begin fall of the following academic year.

Awards are based on an essay, resume, and grade point average, determined by a committee consisting of Film/Video faculty and community representatives.

Description
Since 1992, the Scholarship Committee of the American Institute of Polish Culture in Miami has awarded over $150,000.00 in scholarship aid to over 150 talented American students of Polish descent. The Committee may award ten to fifteen scholarship grants of $1,000 each, for the academic year in a variety of fields, including Education, History and Liberal Arts. They are awarded on a merit basis to full time undergraduates or graduates who are American citizens or permanent residents preferably of Polish heritage.

Eligibility
Must be a junior, senior or graduate student working on a BFA degree. Student must be full-time with a 3.0 cumulative GPA. Must complete required review by department and have completed all core art courses. Must show promise as an artist.

Student Scholarship applicants will be judged on professional filmmaking potential, academic excellence and the overall quality of the work submitted, with particular attention to expression, interpretation and construction of the visual image. Applicants must apply directly through the Kodak Website.

Grand Valley State University is one of thirteen art departments in the nation to participate in Ox-Bow's prestigious Fellowship Program. Ox-Bow is located in Saugatuck, MI, and affiliated with The School of the Art Institute of Chicago. The fellowship student is chosen by a committee of GVSU faculty based on the merits of their artwork and the ability to thrive in the Ox-Bow community. A fellowship student lives on Ox-Bows campus for the summer, generally June 1 - September 1, where they participate in campus life as both staff members and as artists.

For further information on these and other GVSU scholarships: http://www.gvsu.edu/scholarships/