The CLAS Distinguished Alumni-in-Residence Program provides a venue for departments to invite outstanding alumni of their undergraduate programs back to campus to share their post-graduation experiences with the GVSU community.  Through the program, our distinguished alumni have the opportunity to share their insights about what constitutes strong academic preparation for students. 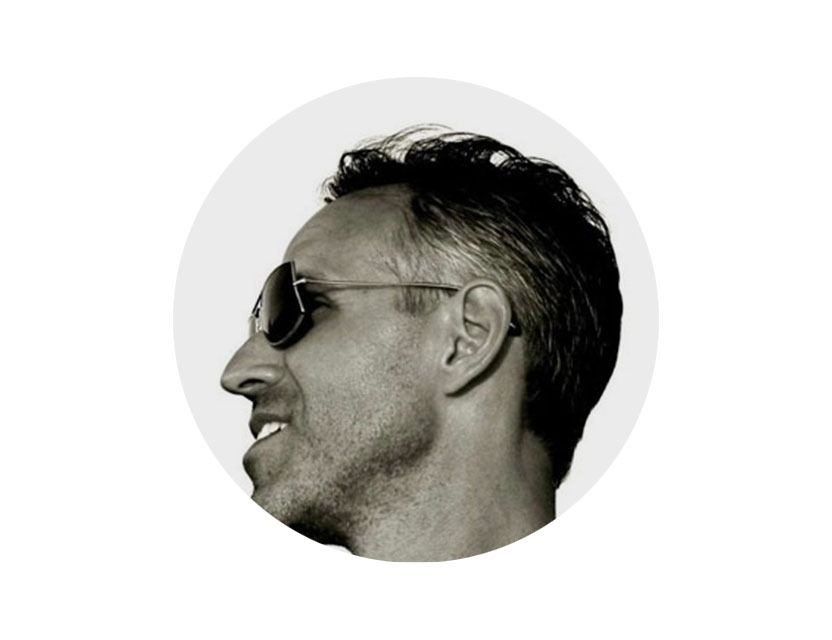 Paul Amenta was born in Hammond, Indiana and moved to West Michigan when he was thirteen.  He attended Grand Valley State University and received a B.F.A. in Sculpture and Printmaking.  After a brief stint in Seattle, Washington and False-start in the graduate program at the University of Indiana at Bloomington, he moved to New York City to attend the School of Visual Arts where he earned a M.F.A. in Fine Arts.  He spent eight years in New York and was represented by the Marvelli Gallery.  Amenta returned to Grand Rapids in 2006 where he is currently an adjunct professor at Kendall College of Art and Design, teaching courses in the Collaborative Design Studies department.  His creative practice has grown to include organizing and curating large collaborative exhibitions in vacant structures in the Grand Rapids area including the ActiveSite projects (’07- ’09), Michigan – Land of Riches, and numerous SITE:LABE (2010 – present) projects. 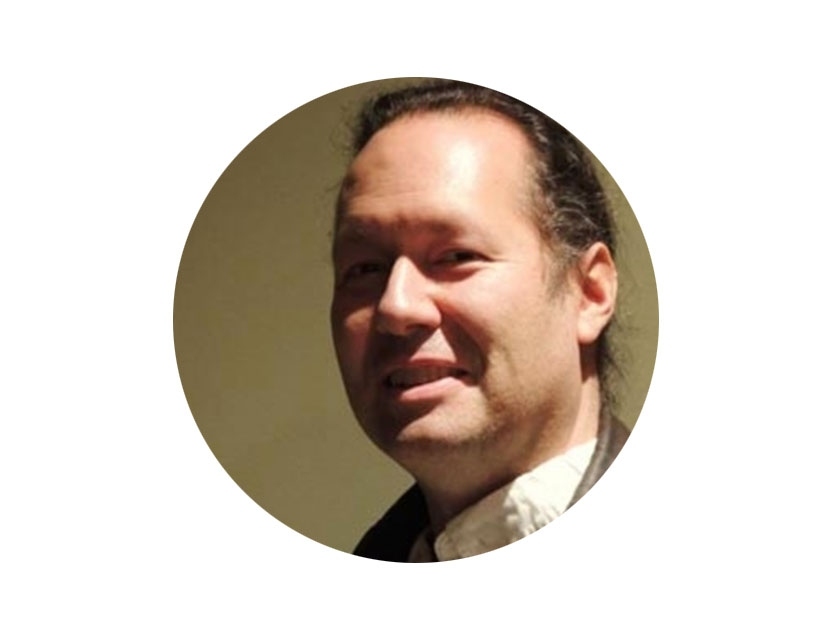 David Huang is highly-regarded in the contemporary field of metalsmithing.  He is one of a few professional metalsmiths whose living comes from the creation of pieces made using the techniques of raising and chase and repousse. These techniques have an ancient history in the field and are labor intensive taking many years to conquer and perfect. David is currently represented by some of the foremost craft galleries in the country: Creative Metalsmiths, Chapel Hill, N.C.,R. Grey Gallery, Boise, ID, Vale Craft Gallery, Chicago, IL, Velvet da Vinci, San Francisco, CA, William Zimmer Gallery, Mendocino, CA and LaFontsee Gallery in Grand Rapids, MI. His work has been shown in over 100 exhibitions nationally and internationally. He has been published in five books, featured in dozens of articles, and his work resides in numerous public and private collections including Grand Valley State University and Muskegon Museum of Art. 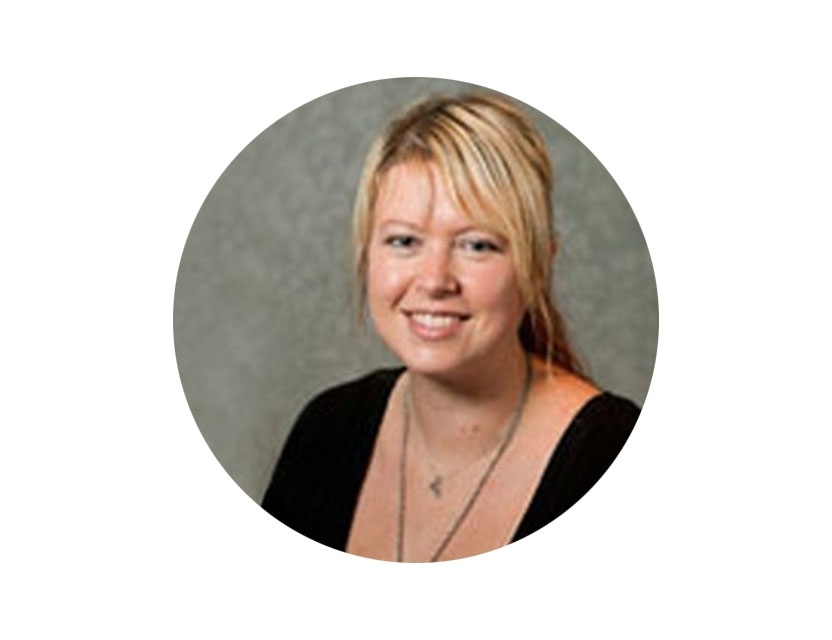 B. F. A. in Studio Art, Printmaking Emphasis, 2002
M. P. A in Public Administration, 2007
The Avenue for the Arts: https://avenueforthearts.com

For over six years Jenn Schaub has focused interest in helping creative communities grow. After graduating with a BFA with Printmaking Emphasis, she began working with community art collectives including the lo-fi project site and The Division Avenue Arts Collective. In 2005 she began promoting and working with the Avenue for the Arts as part of the Dwelling Place neighborhood revitalization department in Grand Rapids, Michigan. In addition to facilitating creative community problem solving her work focuses on growing healthy neighborhoods. From promotions to attraction and retention of residents and businesses in the Heartside neighborhood she manages seven annual Avenue for the Arts events including The Market and Art.Downtown. In 2006 she graduated with a Masters of Non-profit Administration from Grand Valley State University. She is currently a board member of the DAAC, Marketing chair for the Young Nonprofit Professionals Network of Greater Grand Rapids, secretary for the Heartside Business Association and serves on the Heartside Neighborhood Association. In her spare time she continues to make prints, hang out with her boyfriend, and enjoy life in the heart of Grand Rapids. 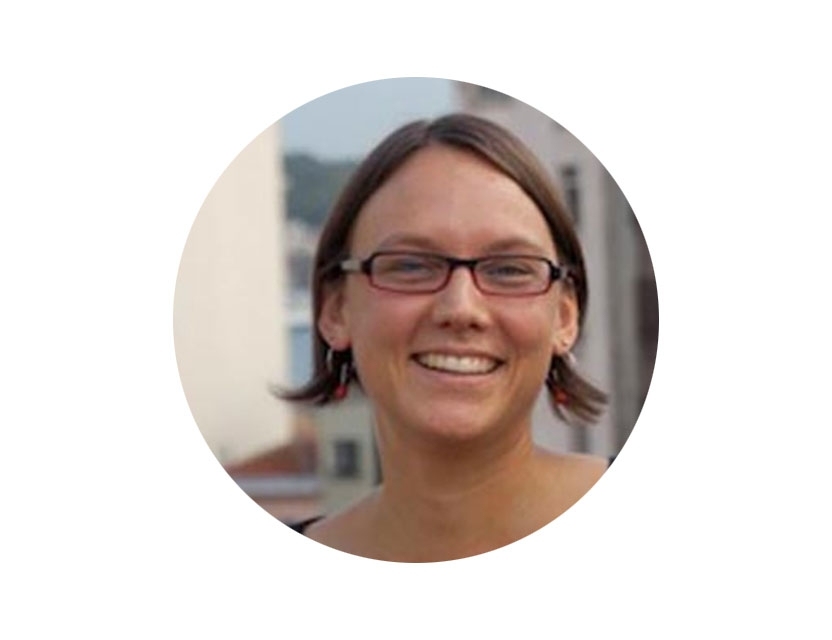 B. F. A. in Studio Art, Ceramics Emphasis, 2003
www.caravansarai.info
www.julieupmeyer.com

Julie Upmeyer's life at Grand Valley was always tied to her swimming schedule. She was on a swim scholarship, and was in the pool by 6 a.m. or earlier nearly every morning. She received Induction to the GVSU Athletic Hall of Fame for her 9 times All-American in 4 different swimming categories from the Athletic Department. As busy as she was, her first commitment was to her chosen work, art, in general, and ceramics, and later mixed media and repurposed materials. In addition to that, she was the inveterate explorer. She always wanted to know more, pushing the edges of any idea. She left Grand Valley State University with 3 major permanently installed works of considerable size: the huge pill capsules in the Health Science Building, the interactive wheels in the downstairs north eating area of the Student Center, and a mural jointly made by Julie and another student in the Alumni House.

Julie is currently an artist and initiator based in Istanbul working with everyday materials and space: paper, plastic, food, the internet, her home, the street. Born in 1980 in Detroit, her work as an artist has been highly influenced by this repurposing of everyday materials, with an emphasis on interaction and process-based practice. Curiosity lead her to work with Res Artis, the international network of artist residencies, and a three-year nomadic life - working in India, Germany, Austria, The Netherlands and Greece. Having been first invited to Istanbul, Turkey as an artist-in-resident in 2006, it is now a base for her artistic practice. She initiated Caravanserai in 2007, an independent project space and meeting point in Istanbul, an open exploration of the interactive possibilities of food, space and the internet. 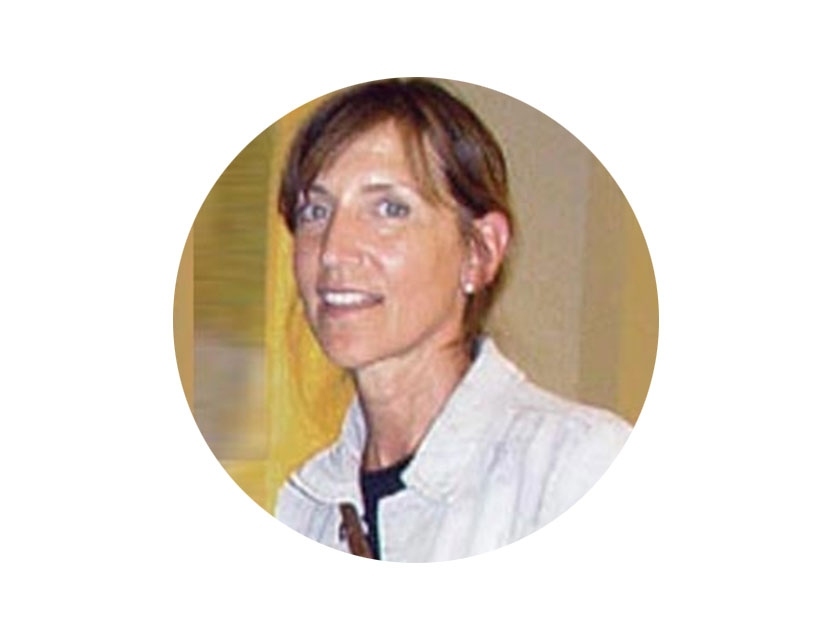 Jo Hormuth was in born Grand Rapids and raised in Rockford. Her involvement in art started at a very early age. Following extensive travel throughout the US and studies at Western Michigan University, the School of the Art Institute of Chicago and the University of Alaska, Anchorage, Ms. Hormuth found herself back in Michigan in 1978. She enrolled that year at GVSC and in 1979 was the recipient of the Calder Fine Arts Scholarship. Her studies included a semester at the Slade School of Art in London. After graduating from GVSC she went on to receive her M.F.A. from the School of the Art Institute of Chicago (1983). She has exhibited in Europe, Japan, and throughout the U.S. Venues include The New Museum, NYC; ARCO, Madrid; Donald Young, Chicago; Deven Golden, NYC. Her public collections include: the Museum of Contemporary Art, Chicago; Art Institute of Chicago; The MacArthur Foundation; Rogers Park Library, Chicago; Chicago Transit Authority. Her work is also part of the Grand Valley State University collection with two sculptures on the Allendale Campus as well as an installation in Muskegon for the Michigan Alternative and Renewable Energy Center.

After completing her graduate studies Ms. Hormuth worked on the restoration of many churches for the Archdiocese of Chicago. A growing interest in restoration and preservation coupled with a lifelong interest in painting materials and techniques led her to found Chicago Architectural Arts in 1984. Her projects have received many national preservation awards. Initially, the primary focus of CAA had been the research, recovery and restoration of painted decoration in historically significant interiors. Services have come to also include site planning, architectural drawings, collection contextualization, interpretation of period interiors and lecturing. Ms. Hormuth has been involved in many Frank Lloyd Wright restorations including; Meyer May House, Grand Rapids; Frank Lloyd Wright Home and Studio, Oak Park IL; Avery Coonley House, Riverside IL and she is currently working on the historic paint treatments in four more FLW houses. She has recreated period rooms for: The Victoria & Albert Museum, London; Los Angeles County Museum of Art; Hunterian Museum, University of Glasgow; Wolfsonian Museum, Miami; and currently the Dallas Museum of Art. She has worked on Macintosh projects for The National Trust for Scotland. Over the past 18 years she has worked intensively with the vast Gustav Stickley and Arts and Crafts collections at Crab Tree Farm, Lake Bluff, IL. 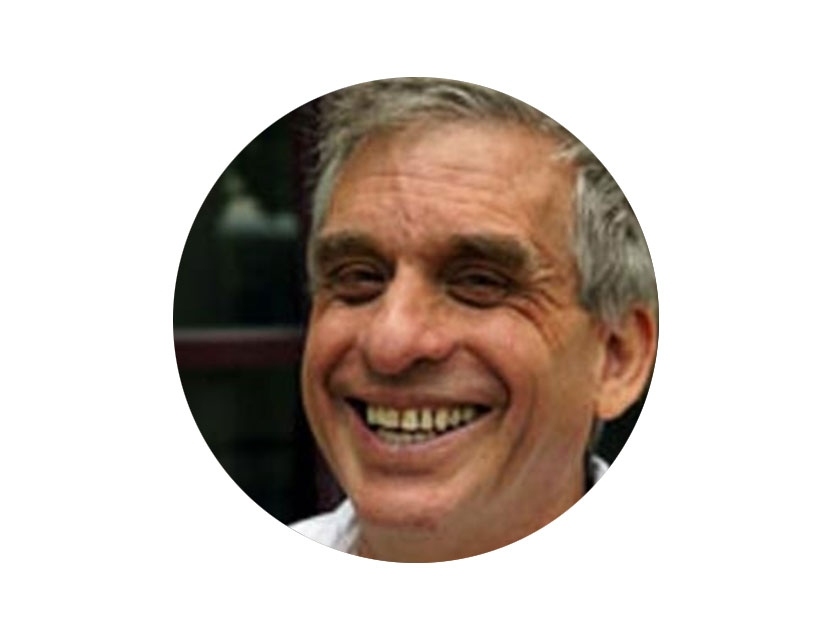 William Lieberman graduated from Grand Valley with a bachelor’s degree in 1979. He is the owner and director of Zolla/Lieberman Gallery in Chicago’s River North contemporary art district. He has donated more than 50 works of art to Grand Valley. 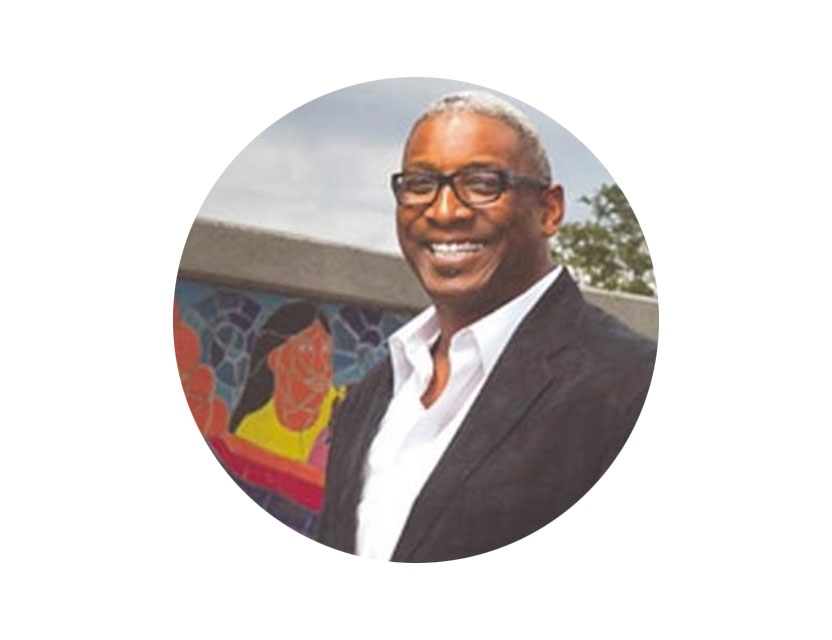 Before his graduation from Grand Valley State University, Hubert Massey, was selected by the University to study art at the University of London. There, he learned the importance of combining art and architecture in the initial phases of construction. For the next 12 years, Massey worked as a pictorial painter for Gannet Outdoor Sign Company. During this time, he began his self-study of art restoration and conservation. With this knowledge, Massey has been commissioned to join in several artistic programs such as the Detroit Council of the Arts, Detroit Summer Youth Employment Program, and the Advanced Gifted and Talented Program. Under the guidance of Stephen Dimitroff and Lucienne Bloch, two apprentices of Diego Rivera, Massey participated in a Fresco workshop in 1995. His fresco, Importing and Exporting of Knowledge is displayed in the Richard DeVos building at Grand Valley State University's downtown campus. Other pieces include his mural Death of Hector, petrograph carving History of Detroit, and a trompe l'oeil (trick the eye) painting at the University of Michigan. Massey has been Artist in Residence for the Ruth Mott Foundation and Grand Valley State University. He has earned other such recognitions as the Spirit of Detroit Award, winner of the Terrazzo Floor Design Contest (where his piece, Genealogy, is still on display). He is also the recipient of the Dr. Alain Locke Recognition Award, as well as a membership to the National Society of Mural Painters in New York. Massey is currently president of Hubert Massey Murals which focuses on creating community art projects. He and his wife, Marquitta, have four children.