Public Policy Pioneers are women who have impacted public policy or taken precedent-breaking action on behalf of women and higher education, and who have championed access, collaborative leadership and the equitable treatment of women. They are women who have affected public policy through their sustained efforts and who have led the way through their example and service for other women to follow. It is a nonpartisan recognition. 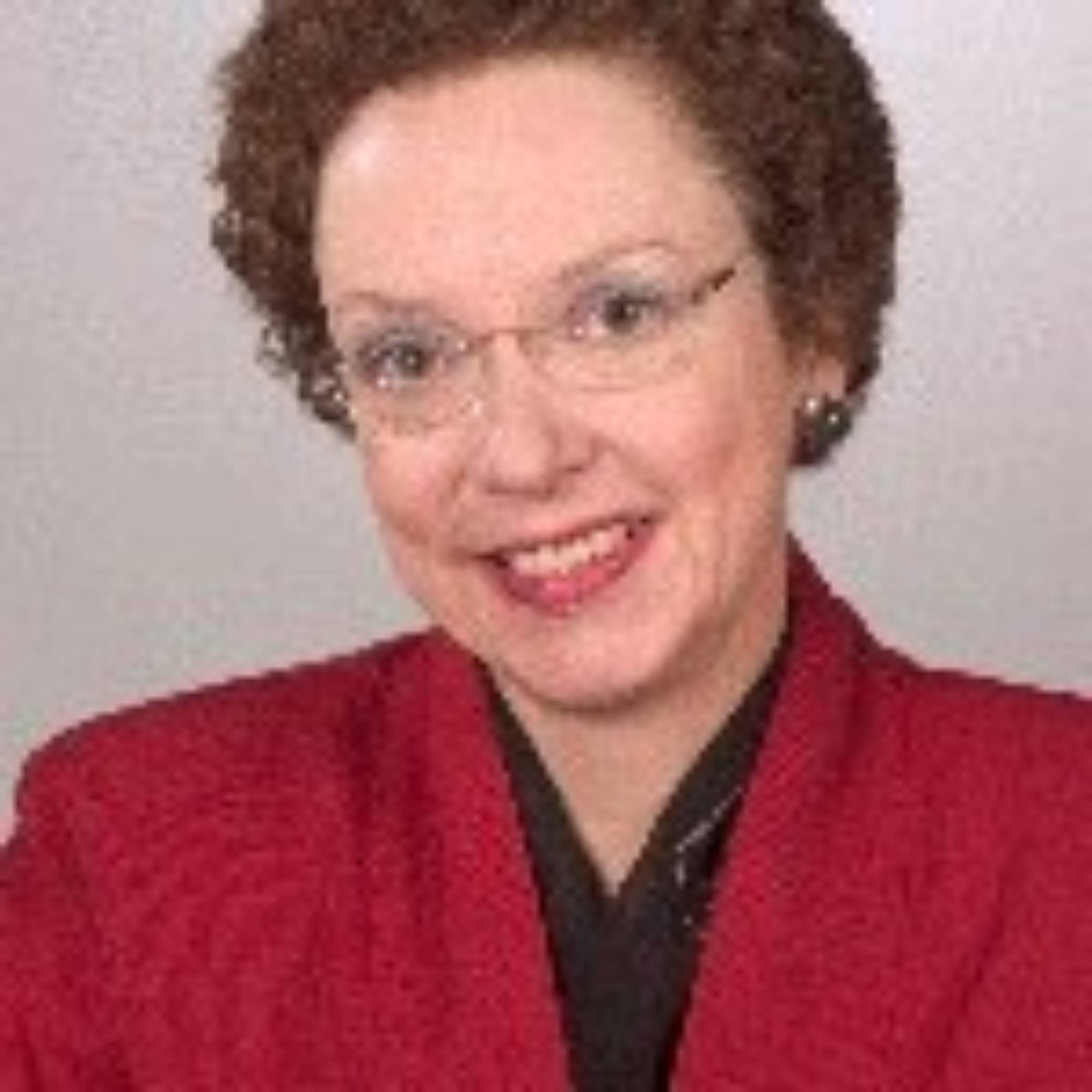 Carol Hollenshead spent her entire career at the University of Michigan, serving at the Institute of Gerontology, the Nursing School, and the Office of Vice President for Research. Her passion for advocating for women, representing women, counseling women, and cheerleading for women took her to a seemingly predestined mission when she was named Director of the Center for the Education of Women.

Hollenshead died on November 17, 2018. As director of CEW, she touched the lives of countless women at the University through counseling, scholarships, advocacy and research. She was a steady hand guiding CEW from its original role into a more pivotal place in the campus community.

She had two children and balanced parenting with a power career that an inspiration and a model to the women who followed her. Her own experiences and her sense of simple justice lead her to press university administrators for enlightened leave and tenure policies in support of working mothers.

Her connection to MI-ACE began in 1994 and continued until her retirement in 2016.  During that time, her thoughtful and persistent leadership pushed us to do more for more women in higher education. 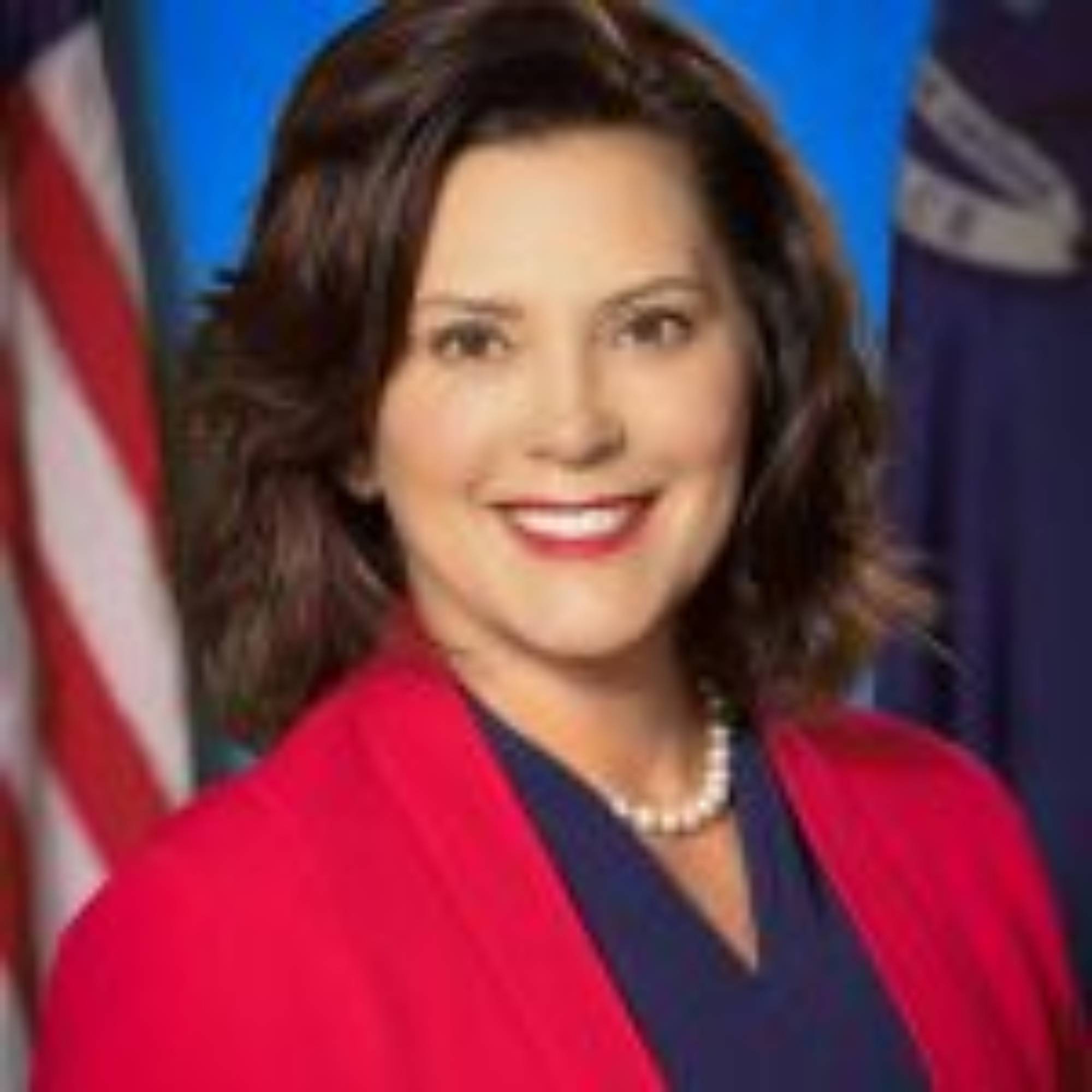 As Michigan’s governor, Gretchen Whitmer is committed to solving problems for Michiganders across the state. Under her leadership, that means expanding access to affordable health care, improving education and skills training, respecting working families, cleaning up Michigan’s drinking water, and fixing the roads.

During her time in the Michigan Legislature, Whitmer negotiated an increase in the minimum wage with a cost-of-living adjustment, and because of that bipartisan work, the minimum wage went up for the fourth time in 2018. As Senate Democratic leader, she brought workers, labor unions, and businesses together to fight anti-worker legislation. 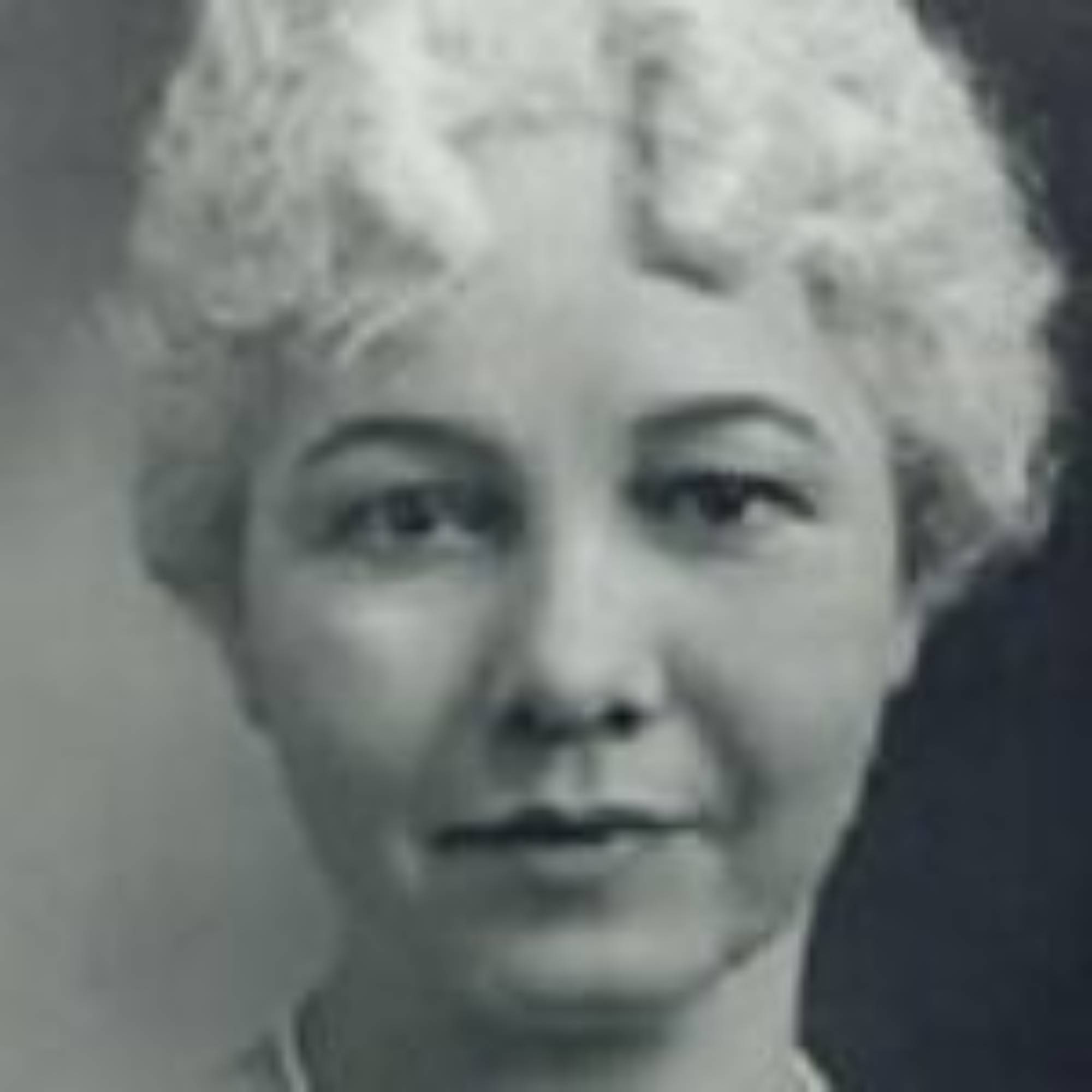 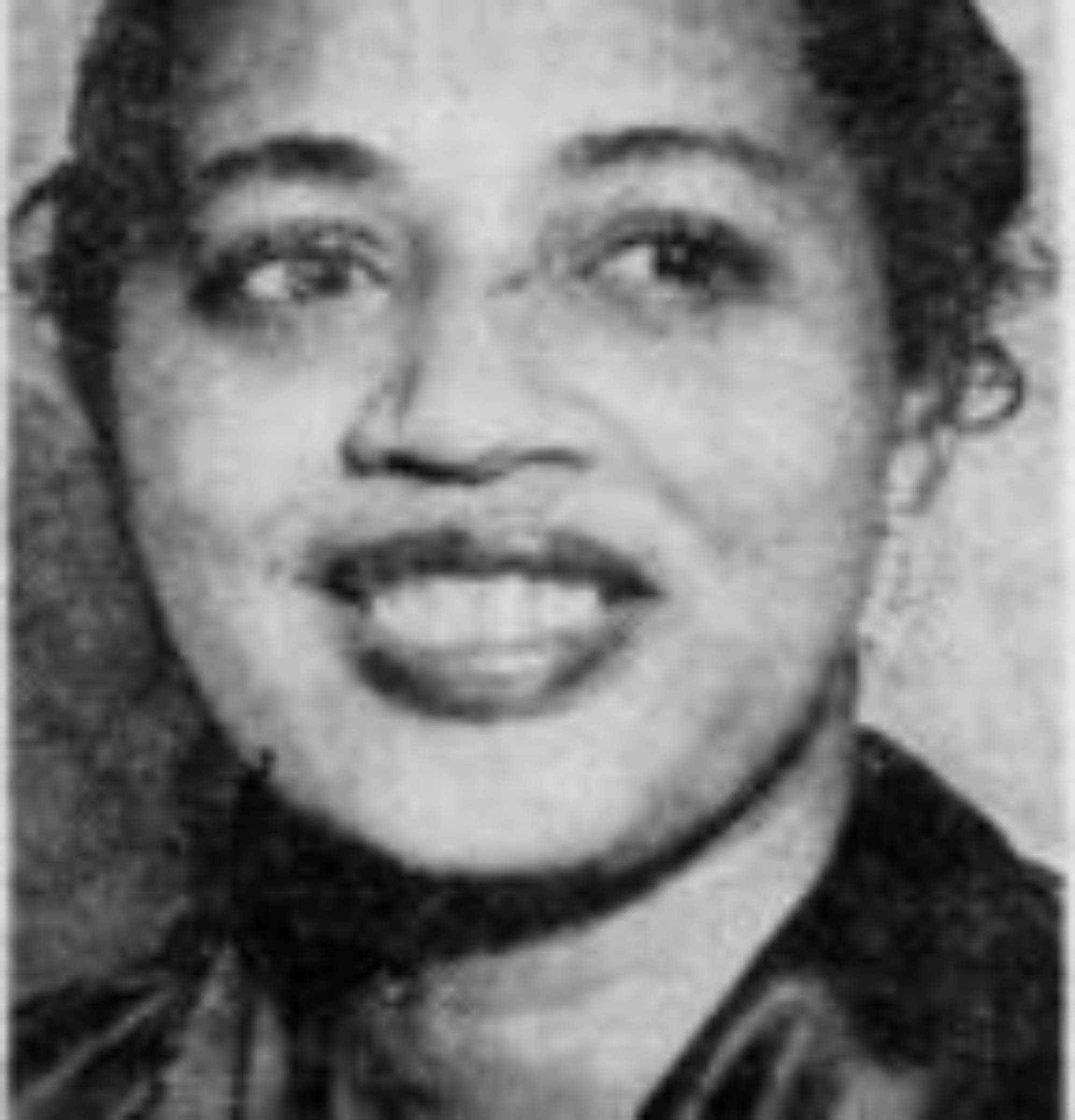 In 1950, Charline White became the first African American woman elected to the Michigan House of Representatives.  Representative White ran and served as a Democrat for the district representing the city of Detroit. She graduated from Cass Technical High School and later studied at Poro College and Wayne State University. 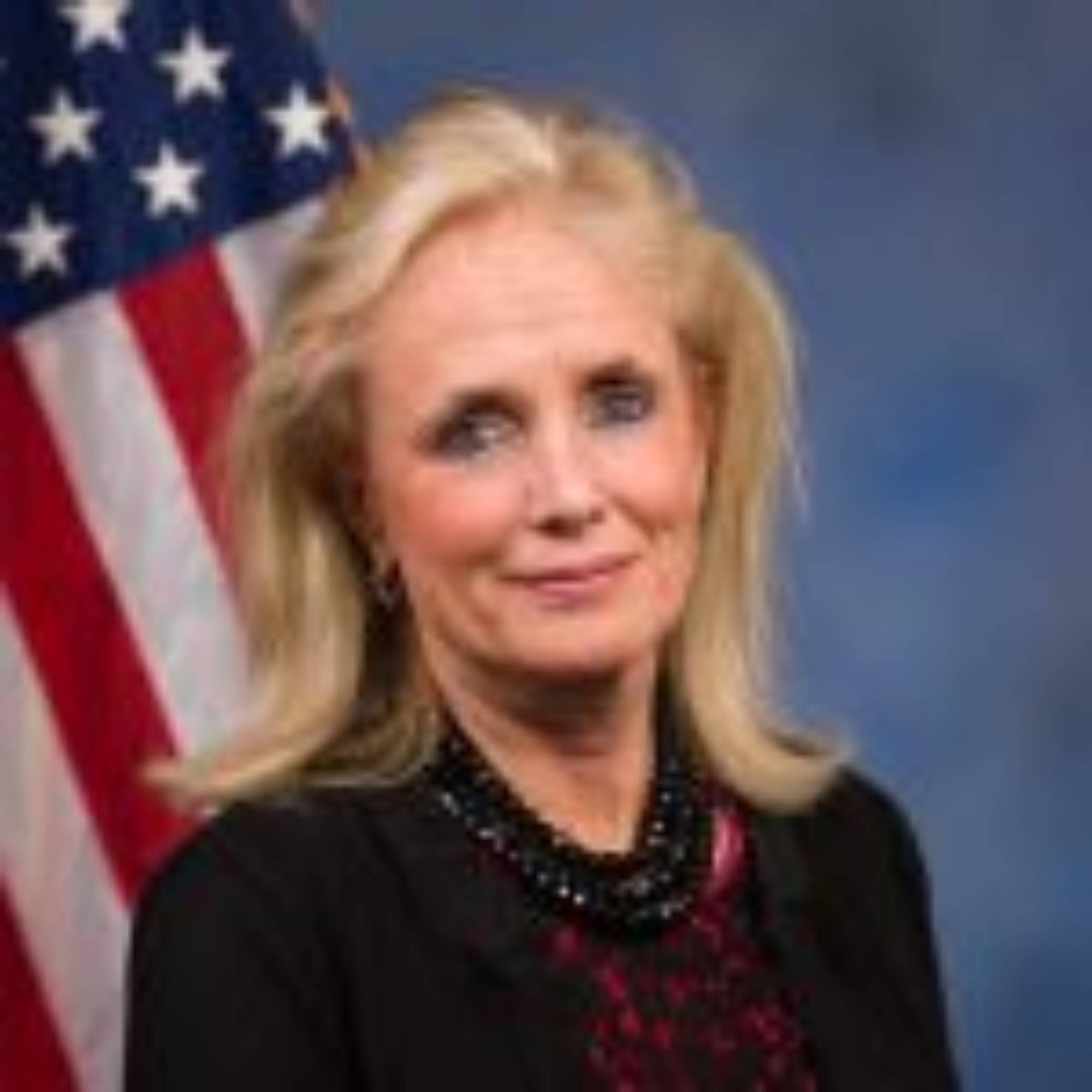 Dingell represents the 12th District of Michigan in the U.S. House of Representatives. Before election to Congress, she was chair of Wayne State University Board of Governors. For more than 30 years, Dingell served General Motors Corp. as president of the GM Foundation and senior executive for public affairs. 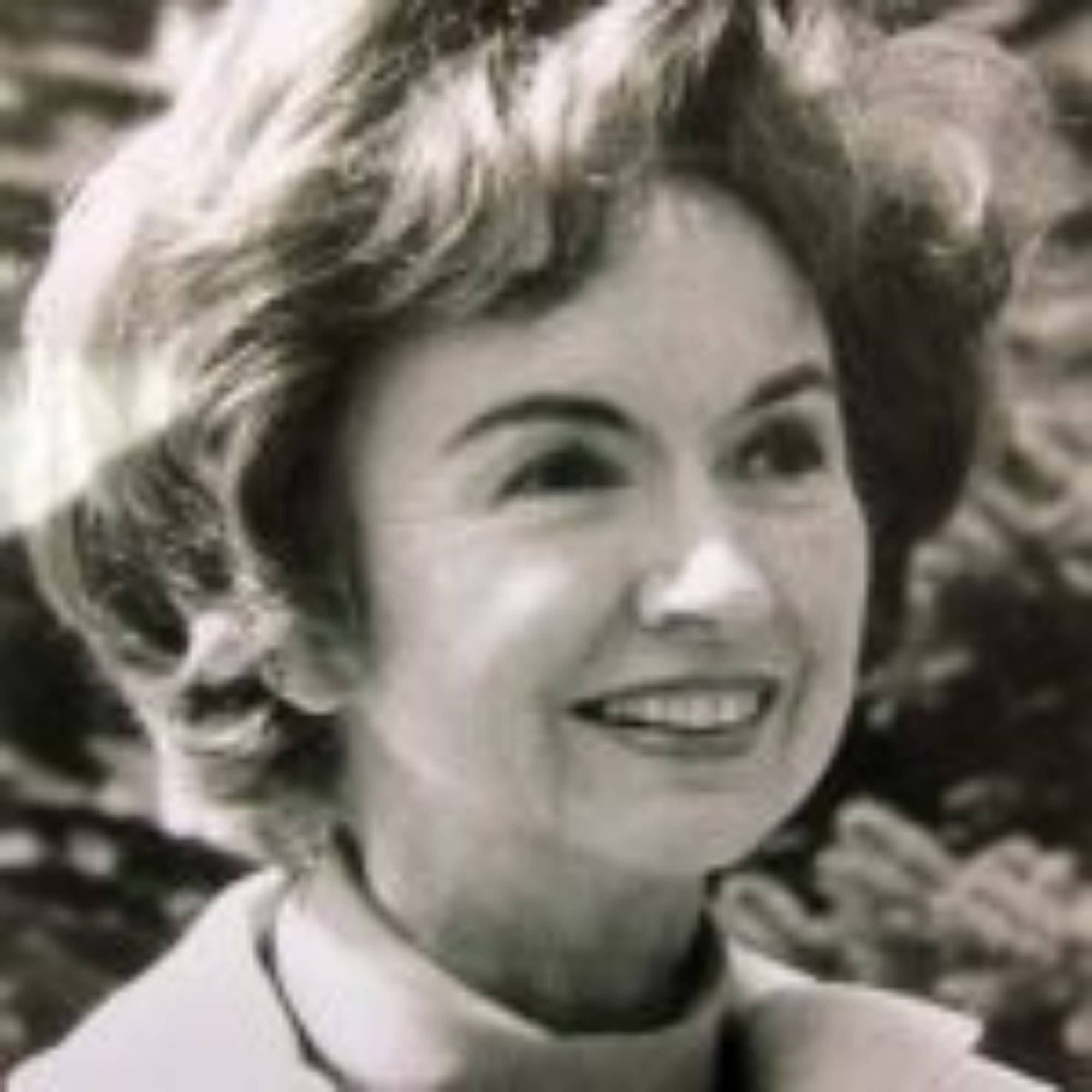 Lenore Romney was the first lady of Michigan (Gov. George Romney, 1963-69). Romney was a popular speaker, a pro-choice advocate and a supporter of women’s rights. She ran unsuccessfully for U.S. Senate at the urging of state party leaders. 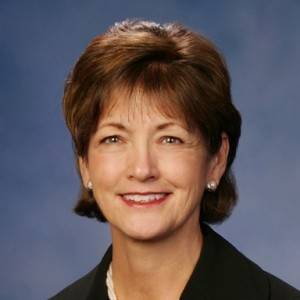 Joan Bauer was recognized for her achievements as a contemporary honoree while Cora Mae Brown was saluted posthumously during the Michigan ACE Women’s Network Annual Conference, which was held June 6-7 at the Radisson Hotel in Lansing. They were recognized during “Voices! Salute to Women and the Power of Public Policy.”

Bauer has been an active leader in her community for more than 30 years. She served six years in the Michigan House of Representatives for the 68th District, which serves northern Lansing. A strong advocate for women’s rights, she introduced House Bill 4851 in 2009, which prohibited paying someone else than “comparable worth.” She also introduced and co-sponsored other bills, including banning smoking from restaurants and businesses. Bauer served as director of volunteer services at Ingham Regional Medical Center, and chaired the Ingham County Women’s Commission. She is a former member of the Lansing Rotary Foundation Board, Lansing Rotary Club, Junior League of Lansing, Capital Regional Community Foundation Board of Directors, and Capital Area United Way Board of Directors. 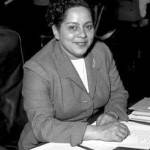 Brown was the first African American woman to become a Michigan state senator, elected in 1952, and the first African American woman to become president of the Senate. Known for tirelessly fighting against the barriers of racism and sexism, Brown dedicated her career to her community, civil rights and women’s rights. While in the Senate, she fought for fair housing, equal employment and anti-discrimination legislation. She was a social worker in the Women’s Division of the Detroit Police Department, later a police officer, and maintained a private law practice. She was appointed special general counsel for the U.S. Postal Service, where she worked until her death in 1972.

The first woman elected to the Michigan Supreme Court in 1972, she was unanimously elected by her peers to serve as chief justice in 1979. As the first woman to preside over the state of Michigan’s highest court, she was only the fourth woman in the nation to serve as chief justice over a high state court. Known as an innovator, Stallings Coleman spent 12 years prior to her tenure on the Michigan Supreme Court serving as a probate and juvenile court judge, drafting legislation that created the state’s Child Protective Services and Office of Youth Services. She also was a presidential appointee to the National Commission on the Observance of Women’s Year, was an Albion College trustee, and advisor for children’s programs at the Edna McConnll Clark Foundation. A member of the Michigan Women’s Hall of Fame inaugural class in 1983, she received the Champion of Justice Award from the Michigan Bar Association in 1993. 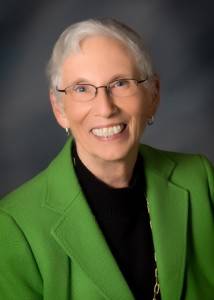 Towsley Riecker served as a trustee of the Herbert H. and Grace A. Dow foundation for more than 51 years, spending 14 years as its president. She was a philanthropist known for her ability to gather diverse stakeholders to tackle challenging community problems, and is remembered as a woman who espoused the viewpoint that it is people who solve problems, not money. She served as a trustee of the Harry A. and Margaret D. Towsley Foundation since 1962, where she also spent time as president. Additionally, she served as a member of the board of trustees at Carleton College and Central Michigan University, and as a member of the board for the University of Michigan Gerald R. Ford School of Public Policy, and the Center for the Education of Women. She co-founded the Council of Michigan Foundations in 1973, and served as vice-chair of the Michigan Republican Party, later serving as a Republican National Committeewoman. The Chippewa Nature Center’s Margaret Ann (Ranny) Riecker Nature Preschool Center was named in her honor. 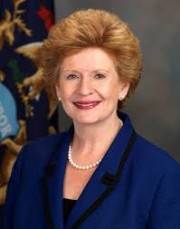 U.S. Senate (2000-Present), U.S. House of Representatives (1996-2000), Michigan Senate (1991-94), and Michigan House of Representatives (1979-90): Stabenow’s political career began when she was elected to the Ingham County Board of Commissioners at 24 years old. She later went on to become the first woman from Michigan elected to the United States Senate, and is only the second person from the state to have served in both houses of the Michigan State Legislature as well as both houses of the United States Congress. She is widely admired for her communication priorities, and has been a continuing voice on behalf of women and higher education. Stabenow has played a unique role in shaping the nation’s manufacturing, health care, and agricultural policies, and her influence in the state legislature is evident throughout Michigan law, from the Michigan property tax cut to legislation to protect children and families. She was inducted into the Michigan Women’s Hall of Fame in 2005.

The first woman in Michigan to lead three state departments, Wilbur is known for her commitment to public service, higher education and advocacy for Michigan’s vulnerable populations. Her consumer-focused initiatives include work to create the Office of Financial and Insurance Services to provide better cross-training and information sharing among enforcement officers, monitors and risk managers. She also launched the Governor’s Quality Care Program to provide recognition to the people who care for Michigan’s most vulnerable populations. She has more than 30 years of executive leadership experience in government and higher education, and frequently is involved as a panelist and speaker on public policy. She has long fought for higher education financing equity, and has been a key force in employing a team approach among Michigan’s 15 public universities to tackle funding issues. Currently, she is vice president of development and external affairs for Central Michigan University, where she also has served as interim president. She was inducted into the Michigan Women’s Hall of Fame in 2007. 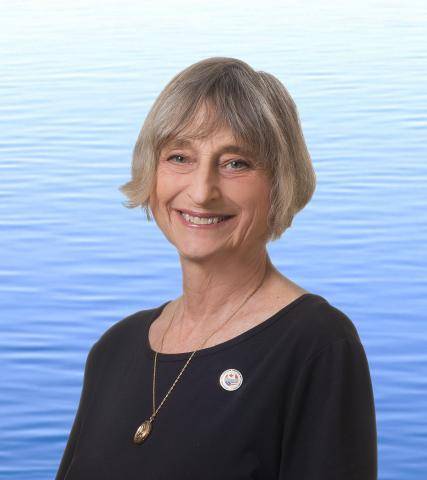 Michigan Senate (1983-94); Michigan Environmental Council (1996-2008); Chair, U.S. Section, International Joint Commission (2010-present): Inducted into the Michigan Women’s Hall of Fame in 2002, Pollack is known as a leading advocate for women and children, and the environment. She established two bi-partisan coalitions, one to promote policies preventing teen pregnancy and another to fight gun violence. She also wrote a bill amending Michigan’s civil rights law to end discriminatory practices that kept women athletes off the state’s private golf courses during peak times and relegated them to second-class facilities within their own clubhouses. Additionally, she is credited with introducing legislation that would later be called the “Polluter Pay Law.”

Michigan Senate (1995-2002), Michigan House of Representatives (2005-10): There is not an issue of concern for women and families that Wheeler Smith did not champion. She has worked for equal access to education and creating educational opportunities for people from preschool to graduate school, a safe and clean environment, vital urban centers, full access to health care for everyone, a healthy business sector, and protection of the civilrights and liberties of all of Michigan’s citizens. Known as a role model, she has been a mentor and advocate for women inside and outside the political arena. 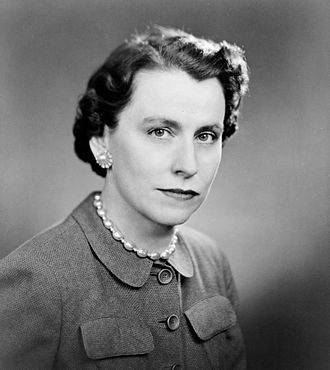 U.S. House of Representatives (1955-74), two-time lieutenant governor of Michigan (1983-91): Known as a fighter for women’s rights, Griffiths was the first woman representative to win appointment to the House Ways and Means Committee, and she was the first female lieutenant governor in Michigan. Biographers note the first of her two greatest contributions to the women’s rights movement were to champion inclusion of the sex discrimination amendment to the 1964 Civil Rights Act – later prompting the Equal Employment Opportunity Commission to more vigorously enforce the act. She also is credited with resurrecting the Equal Rights Amendment before Congress in the early 1970s. 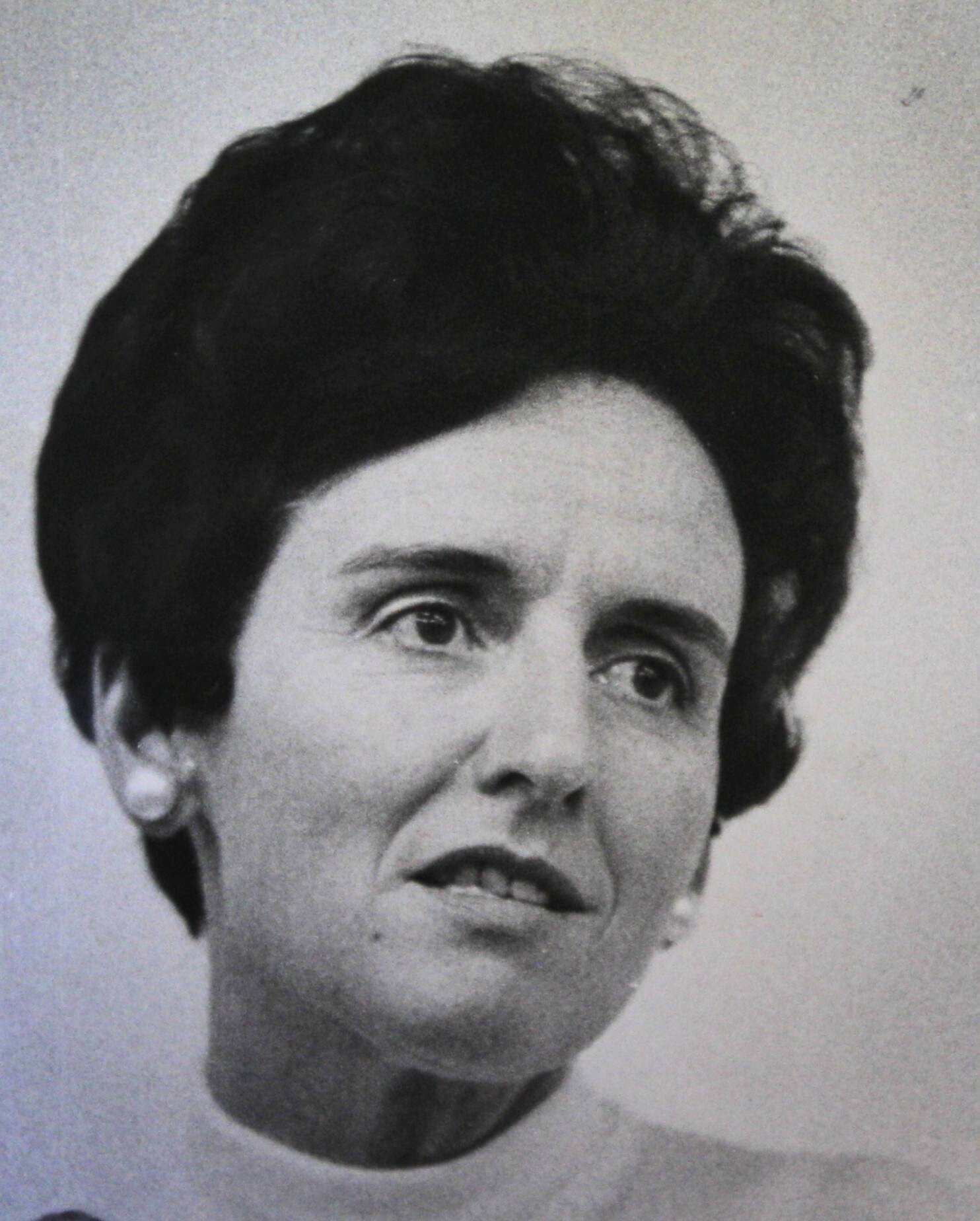 Helen Milliken and Elly Peterson were honored posthumously on June 3, 2013, during the Michigan ACE (American College on Education) Women’s Network conference. The association is Michigan’s largest professional development group for women who work in higher education.

This honor is appropriate in 2013 as recognizing these pioneers follows the 40th anniversary of Title IX legislation and the 50th anniversary of the Federal Equal Pay Act. This begins a new tradition for the Michigan ACE Women’s Network, honoring women who advanced public policy at the state or national levels.

Milliken, who died in 2012 at age 89, fought for women’s rights and was a proponent of the environment during her tenure in Lansing when her husband, William Milliken, served as a senator and later governor. She was also a tireless advocate for the arts. 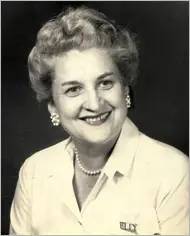 Elly Peterson died in 2008 at age 94. She was known as “mother of the moderates” and served as secretary of Michigan’s Republican Party and later was active in the Republican National Committee. Her advocacy helped open doors for women in politics.


Page last modified May 6, 2020
Report a problem with this page