Subway executive draws from lessons learned as a Laker 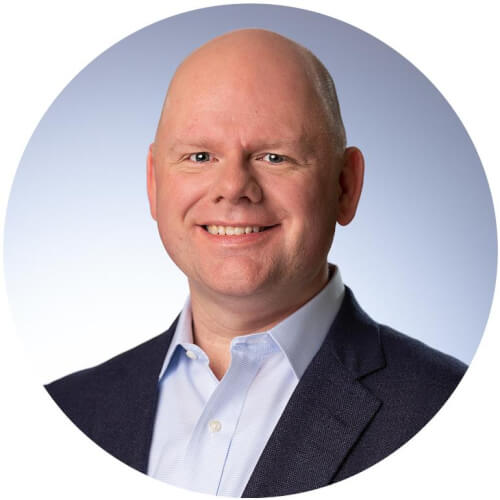 Len Van Popering ’94 is the chief brand and innovation officer of Subway Restaurants, based in Milford, Connecticut. He is a part of the company’s global executive leadership team that directs more than 44,000 restaurants in 110 countries.

“At the heart of my role with Subway is guiding our team members around the world in a unified brand strategy, while also leading our global culinary and innovation efforts,” Van Popering said. “We work to balance having a consistent experience no matter which Subway you visit, while also offering flavors and experiences that are particularly relevant to the unique communities that we serve.”

After previous leadership roles with Arby’s Restaurant Group, the steakhouse chain Logan’s Roadhouse, and other companies, Van Popering was drawn to Subway because of its fresh, healthy options.

He said he appreciates how Subway allows him to have a positive influence on the way restaurant patrons eat daily. In fact, in many parts of the world, Van Popering said Subway is the go-to place for fresh vegetables.

“I can describe my role with Subway as not just a job, but as a calling,” said Van Popering. “We’re working for something that’s bigger than just serving sandwiches. We’re helping build better communities, helping people thrive in their lives and chosen fields.”

Since Van Popering works directly with teams embedded in dozens of countries around the world, international travel is a required part of the job. It was a big change for the young man who grew up in West Michigan and had never flown on an airplane before enrolling at Grand Valley.

“I studied abroad one summer at Kingston University in the United Kingdom. It was my first time out of the country and I was face-to-face with the reality of just how big the world really was.

“Now, all these years later, I’ve come to the conclusion that the world is actually much smaller than I thought. My changing world view reflects a journey of growth that had its start at Grand Valley,” said Van Popering.

Grand Valley wasn’t Van Popering’s default school of choice. While still in high school, he visited a number of Michigan colleges and universities. Yet, as soon as he stepped on Grand Valley’s campus, Van Popering said he knew he was home.

Van Popering was a Frederik Meijer Honors College student and graduated in 1994 with a bachelor’s of business administration degree. He served on Student Senate for four years, including two years as student body president.

“Some of my most striking memories of college are connected to my time on Student Senate,” he said. “I had a fantastic experience working side-by-side with campus leaders like President Don Lubbers and others. It said a lot about the university, and the leadership philosophy, that students were a part of building a vision for Grand Valley.”

Following graduation, Van Popering began giving back to his alma mater through his time, talent and treasure, including volunteering for many years on the GVSU Alumni Association Board and then as president of the GVSU Atlanta Alumni Club.

Van Popering has returned to campus as a speaker in the Frederik Meijer Lecture Series. He shared with students the need for leaders to be humble, authentic and comfortable with vulnerability.

“Never think that you are more important than any of the other people who are a part of the equation,” he said. “Be authentic and allow other people to see you for who you are. That can be one of the most impactful, and personally gratifying, approaches to leadership.”