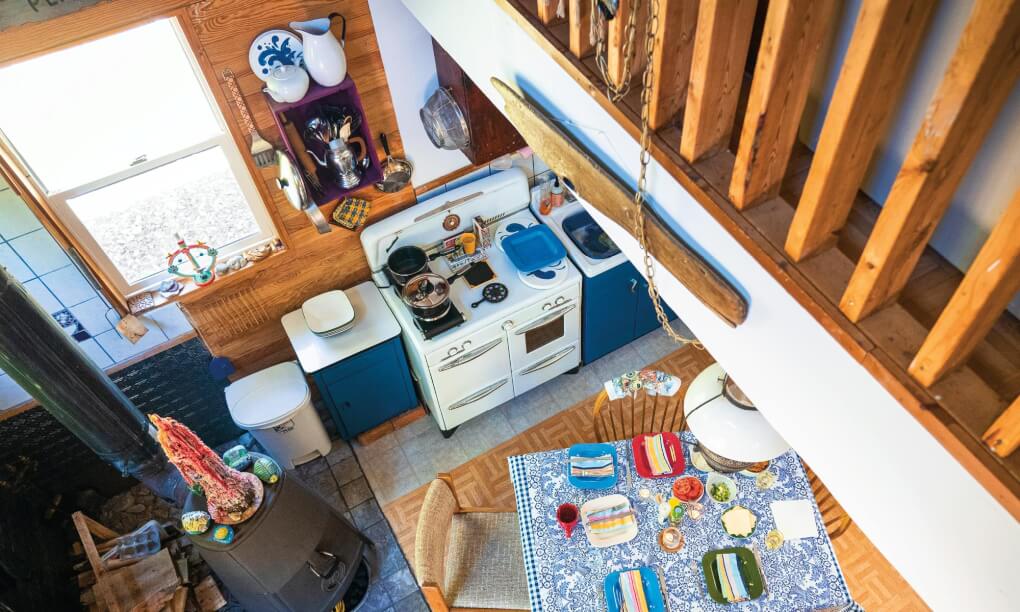 The northern side of the 34-square-mile island offers majestic views of the Straits of Mackinac. Bois Blanc has six inland lakes for boating and fishing, nearly 2,000 acres of state land for hunting, and zero paved roads for the 50 or so hardy, year-round residents plus hundreds of seasonal visitors and residents.

Thirty years ago, faculty members John and Elizabeth Kilbourne visited Bois Blanc for the first time, fell in love with its beauty and isolation and purchased 150 feet of lakeshore property on the island’s northern shore. 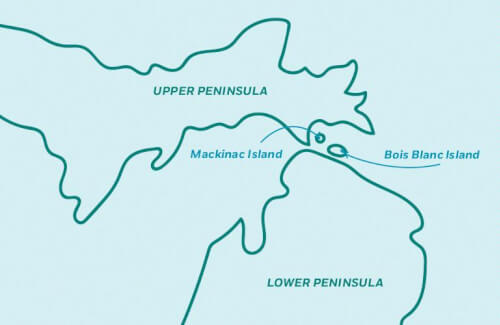 “We were on our way to Mackinac Island on the ferry and John kept asking people about this other island,” said Elizabeth, part-time faculty member in integrative studies. “The next day, we’re meeting with a realtor on Bois Blanc and looking at waterfront property.”

Getting to their property that first day meant clearing trees from the two-track road and finding a place to pitch a tent. John and Elizabeth divided the responsibilities. 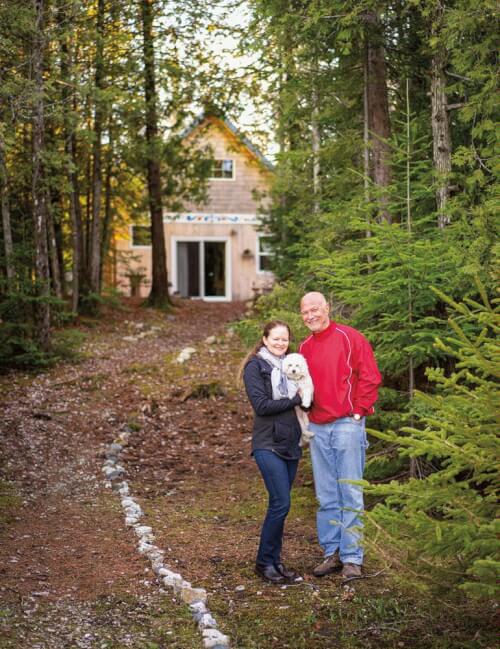 Elizabeth and John Kilbourne (and their dog, Daisy Freyja) stand in front of their summer home on Bois Blanc Island. Over 30 years, the Kilbournes have built five structures on their property.

“I’m not a camper at all but I’m traipsing through the trees and I see a clearing and I thought, ‘This must be it.’ So, I put up the tent while John cut down the trees,” Elizabeth said.

That initial night the Kilbournes slept in a tent under a cedar tree led to 12 summers of camping on Bois Blanc, all while building — mostly by themselves — what would become a compound of five wooden structures. “By the second summer, we had a tool house constructed,” said John, professor of movement science. “So we could store the tent, chairs and everything we were using.”

A two-bedroom, one-bathroom house was completed 10 years later, in 2000. By that time, their family (and work crew) included daughter, Zoé, and son, Parker. Both children would pitch in when needed, whether it was nailing siding or serving lunches for the small crew.

Elizabeth said Bois Blanc has been a consistent home for their children.

“The ferry operator feels like family to them. Our friends on the island have watched our kids grow up, they’ve been a witness to our summers here.

“We’ve lived in Massachusetts, Ohio and Michigan and this is the one constant for them. It brings its special challenges but has bonded us as family,” she said.

John said they would try to add or make improvements each summer. “I built many things with my dad when I was younger, so I had a good, working knowledge of how to do it,” he said. “Building and framing is relatively easy, if you make a mistake, it’s easy to fix. What takes time is the interior.” 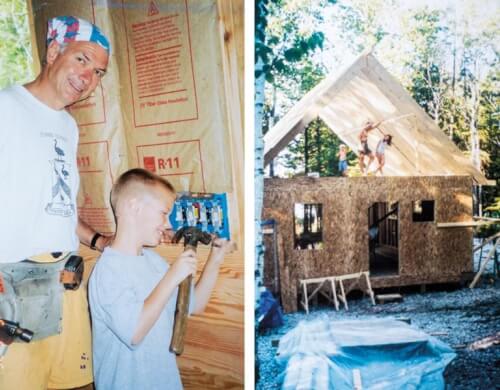 With help from their children and friends, structures were built on the Kilbourne's Bois Blanc Island property.

Growing up on Bois Blanc

Zoé Kilbourne writes about what it was like growing up on Bois Blanc Island:

Today, we have many of the amenities that one would find in civilization, but there was a time on the island when the bathroom meant a making a choice between forest clearings, and showers meant a jump in the lake.

That being said, we still have to purchase all of our food and whatever else we may need on the mainland before ferrying over. If we forget something, well, that means we have to do without for a few days (this has led to some creative cooking solutions!).

More importantly, while my brother and I were growing up, these experiences that were rooted so deeply in nature, shaped our ability and appreciation for just being, for exploring, for being curious.

In my work with university students, I have realized many of them have not had that opportunity, and have grown up with constant stimulation. The idea of not swiping on a screen, and instead taking a walk through the forest, or skipping rocks in the lake, leads to a level of anxiety and fear of missing out.

What ends up happening, however, is that when you do not find time to just be, you end up missing out on taking care of yourself and your ability to be mindful.

-- Kilbourne earned a bachelor's degree in biomedical sciences from Grand Valley in 2012. She lives in Copenhagen, Denmark, and works as manager of faculty-led programs at the Danish Institute for Study Abroad.

There were miscues. Six years ago, John and Parker were putting a metal roof on their boathouse when a piece of metal slipped from Parker’s hand and landed squarely on John’s forehead.

“When you call 911 here, the 10 first responders who live on the island will come out. We had about six of them here within minutes; they helped stop the bleeding, took me to the ferry dock and got me on the sheriff’s boat to drive me to the hospital in Cheboygan,” he said.

Twenty stitches later, John left the hospital and was on the ferry headed back to Bois Blanc.

There is an airstrip on the island for private planes. Bois Blanc is home to a bed-and-breakfast, one-room schoolhouse, general store, tavern, two chapels and a post office; only the school and post office operate year-round.

Fifteen years ago, the Kilbournes purchased an additional 100 feet of property along the Lake Huron shore to extend their land to four acres, room enough to construct a tractor house and, in 2017, a tiny house.

Some of the hardwood used on the Kilbourne’s compound came from a lumber mill that still operates on the island.

In the early 1900s, Bois Blanc was a haven for loggers and even boasted a railroad that transported logs to a ferry headed to Mackinac Island for the construction boom.

The Kilbournes said their own construction boom of five structures is likely over, unless the second generation is up to the task.

“Zoé and Parker grew up here, and for years, they were living without running water, or a toilet, living through storms while in a tent,” John said. “That is really special to them, and someday this will belong to them.” 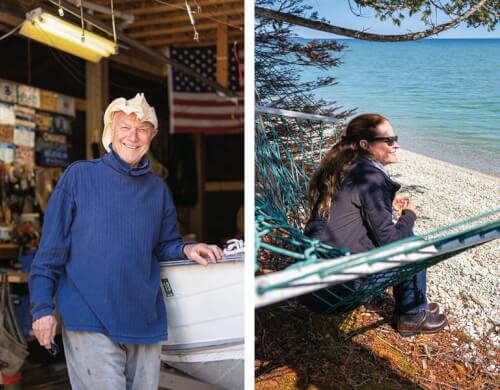 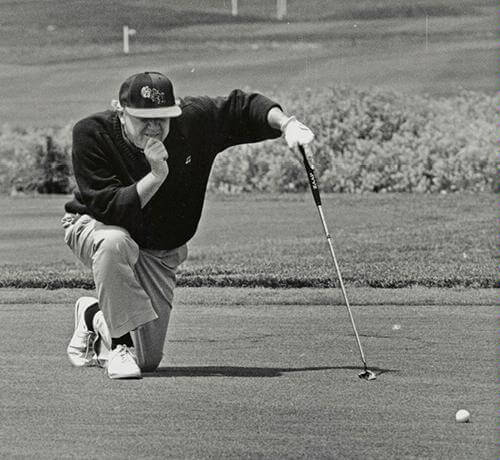 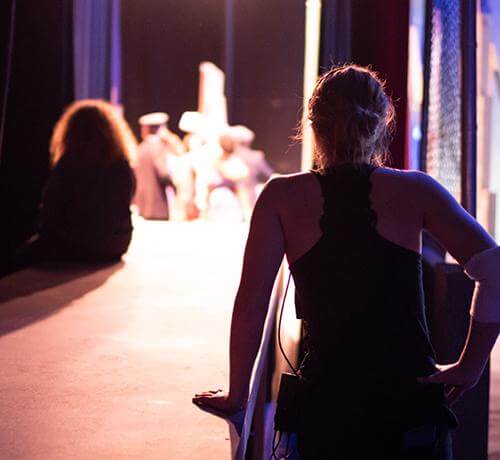 With tasks like building sets, learning to design lighting and sound for a show, or creating and sewing costumes, students learn an array of behind-the-scenes jobs. 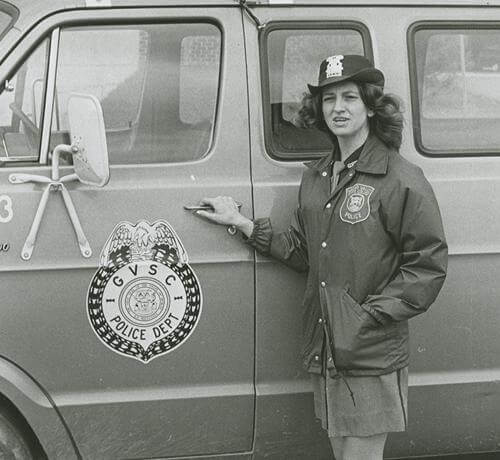