“I spend time on new product generation, so researching what Gentex can produce five to 10 years out,” said Goulet. “I also problem-solve when current production is struggling, perform lab work, and meet with potential suppliers. We are a leading-edge, high technology company and that keeps my work interesting.”

Goulet enjoys the variety of her job responsibilities, including the process of making and improving products. 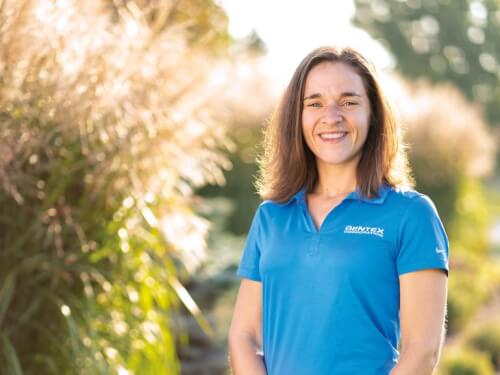 Gentex’s main product is an auto-diming rearview mirror with additional features, including Homelink, eye scan identification, live video streaming from around the vehicle, and a camera monitoring system that eliminates blind spots. Goulet works on various key components of the rearview mirror, a product found in almost all luxury vehicles. Gentex is helping the automotive industry transition from analog to digital displays, and its rearview mirror is a key component of the transition.

Goulet enjoys working with a wide range of people in her role, from fellow chemists to production line workers to supply representatives, yet said she is often the only woman working on a project or sitting in a conference room.

“The STEM field is certainly dominated by men,” she said. “It gives me a little more motivation to prove that myself, and other women, are just as strong in this field as my male counterparts. I feel highly respected by my colleagues at Gentex and know I am continuously looked at as an asset to the STEM field. I’m proud to be a female in STEM.”

At Grand Valley, Goulet gained leadership skills and experience by serving on Student Senate for four years, including terms as vice president for finance and two years as president.

“In addition to the solid education Grand Valley gave me, my time on Student Senate was immeasurably helpful in training me to tackle problems as a team," she said. "I had to work with people coming to the table with different ideas on how to reach our goals. It was great preparation for real-world work.” 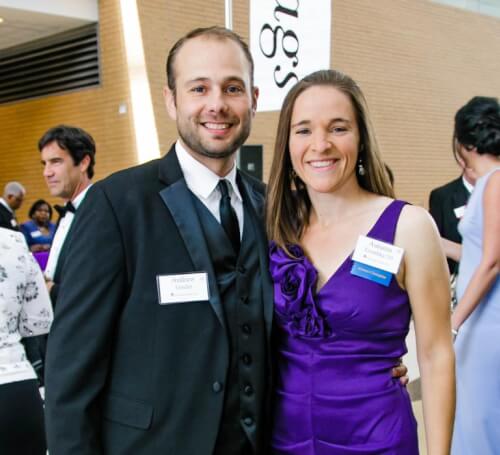 “My time on Student Senate was immeasurably helpful in training me to tackle problems as a team.”

She also had a chemistry internship at the Annis Water Resources Institute in Muskegon. Goulet was a double major and earned a bachelor's degree in chemistry and criminal justice.

Goulet continues to stay connected with Grand Valley as a chapter financial advisor for the sorority Phi Mu, a chapter she was a founding member of during her junior year.

“I learned a lot about leadership and balance when I was helping found Phi Mu at Grand Valley. And some of my closest friends to this day are because of Phi Mu. It only makes sense to stay connected to the sorority,” said Goulet. 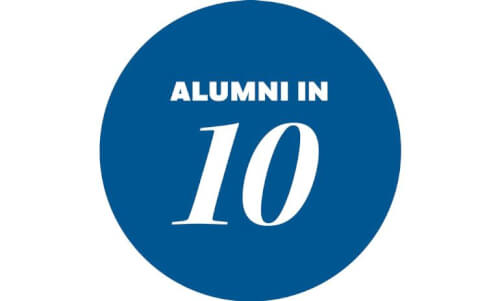 Visit the Alumni in 10 feature to read about other Grand Valley alumni at gvsu.edu/alumni/10.

Another way Goulet gives back to Grand Valley is through her work as an Alumni Champion.

“I’ve been a part of the Alumni Champions program since its beginning. It’s grown from 65 to 144 alumni in four years. It’s been cool to see the program grow,” she said.

Alumni Champions are committed to financially supporting the university themselves and sharing the excitement and momentum of Grand Valley with fellow alumni.

“I cherish my time at Grand Valley and want to see the university continue to flourish,” she said. “I find lots of ways, big and small, to give back to my alma mater.”