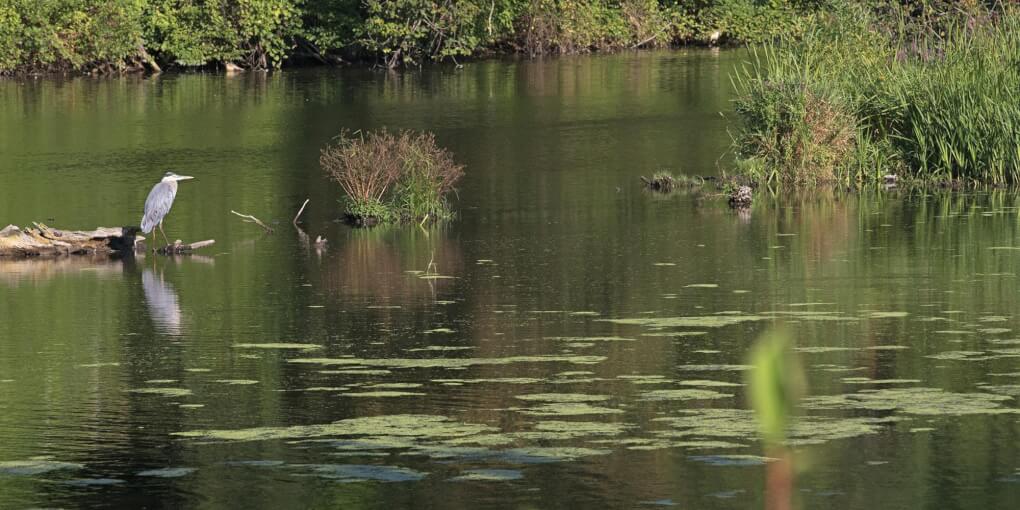 Across Michigan, media has been reporting on a group of chemicals called PFAS, which have contaminated several drinking water sources for numerous communities.

Per- and Polyfluoroalkyl Substances, or PFAS for short, is a class of chemical compounds that include more than 3,000 synthetic organic chemicals used since the 1940s that have multiple fluorine atoms, including the two that have been the most studied: Perfluorooctanoic Acid (PFOA) and Perfluorooctane Sulfonate (PFOS). PFAS compounds have been used in a wide variety of waterproofing and firefighting products with household names, like STAINMASTER, Scotchgard, Teflon, Gore-Tex and more.

Rick Rediske, an environmental chemist and researcher at Grand Valley’s Annis Water Resources Institute, is an expert on PFAS and their characteristics. He has been working with a group called Concerned Citizens for Responsible Remediation to inform people about the potential dangers of the chemicals and the importance of fresh drinking water.

While there is no definitive link between PFAS ingestion and disease, there is a probable one, and the U.S. Environmental Protection Agency has recommended a lifetime exposure guideline of 70 parts per trillion.

“We're seeing it in Grand Rapids and Wyoming water systems, albeit at much lower levels, and that means it is in Lake Michigan.” 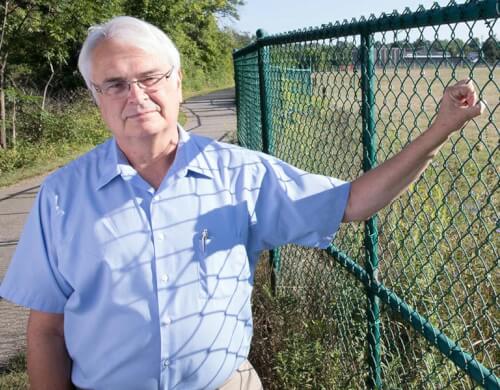 We’ve been hearing about pollution from PFAS in the Rockford area of northern Kent County, and now in Parchment in southwest Michigan and near Oscoda. Do you think we’ll see other sites continue to pop up across the state?

We’re seeing it in Grand Rapids and Wyoming water systems, albeit at much lower levels, and that means it is in Lake Michigan. Whether this is a local effect from the Grand River or all Lake Michigan supplies are affected, we will need to wait for the rest of the public water supply monitoring to be completed.

Where do these chemicals come from?

It’s different sources for different sites. Some, like the site near Rockford, is from waterproofing chemicals like Scotchgard. The Kent County airport site is from AFFF, which is a firefighting foam. We don’t know what’s causing the Parchment site, there was a tire fire and a paper mill where it was used as a coating; up in Lapeer it’s from electroplating, and in Pierson it is from a landfill. So there are many sources. The DEQ is testing wastewater treatment plants and drinking water supplies to determine where problem areas are in the state.

With situations like the Flint water crisis, there’s a known correlation between lead levels and illness. How does that apply in these situations?

The problem with PFAS is that there is not a good correlation between blood levels and disease, so it’s unlike lead. For PFAS, there are suspected probable links between exposure and certain types of cancer, autoimmune disease, high blood pressure, thyroid disease and cholesterol issues. But I do think the Flint situation has heightened awareness. All of a sudden, drinking water quality has become a critical issue that more people are thinking about. It also places emphasis on the protection of freshwater as a resource.

Clean drinking water is something that a lot of us take for granted. How does something like PFAS become a public health and clean water concern?

There are protection programs for public water supplies and residential wells, and PFAS kind of snuck through the cracks because those programs didn’t catch it. We need to look at what we consider surface water and groundwater supplies for human use and then monitor. I don’t think levels are going to go up because we’ve banned the chemical, but it shows that we don’t have a PFAS-free source of water, even Lake Michigan.

We always were concerned about nitrate and bacteria, and every house with a well had these tested when the house sold. The test list for public water supplies and monitoring frequency were based on the population served. We thought we had brownfield and historic contamination site characterized, but PFAS is different because it’s mobile in the groundwater and not routinely monitored. It’s water soluble, so it spreads a lot farther than benzene, gasoline or other pollutants that have limited solubility. Another problem with PFAS is that it’s extremely stable, it lasts a long time in the environment.

Are you conducting research or sharing expertise?

Sharing expertise, mostly. I started working with the citizens’ group when they first raised concerns about PFAS. There was a general concern, and a few years ago, I looked up the chemicals that were at the tannery and one of their signature products, Hush Puppies, and a red flag went up as the process was based on Scotchgard.

Are there ways to fix this contaminated water?

In Plainfield Township, they had a contaminated well and they’ve stopped using it and put in carbon filtration. When you look at the impacted homes in the Rockford area, Wolverine Worldwide has put in whole-house carbon filtration systems if contamination is detected and it is part of certain disposal areas. So there are ways to help it.

How has this situation affected people’s lives?

Some blood testing has been done. There’s a child near one of the sites who has blood levels of PFAS that are the equivalent to DuPont employees who worked with the chemicals. He’s almost 2 years old. There’s another resident with levels higher than the 3M workers, and all she did was live there and drink the water. Her husband died of cancer. Is there a link? We don’t know. But it’s devastating. And while it’s not a human-positive carcinogen, it certainly has a probable link. This is in a group of chemicals that we think causes cancer.

“There's another resident with levels higher than the 3M workers, and all she did was live there and drink the water.”

Should people trust what’s coming out of their taps?

We need to make some fundamental changes. First of all, we’re designing chemicals that last forever, and that’s not good. That’s the reason why the flag was raised with PFAS in 2001, when they banned Scotchgard, because they were finding people who had it accumulating in their blood and there were health concerns. It breaks down in hundreds of years. It’s going to be around a long time. The scary thing about this compound is that it’s water soluble, which means it’s easy for it to spread great distances.

Another problem is that humans retain PFAS more than rats or rabbits or other test organisms. If we test a rat for toxicity and feed it a certain dose, a human would have almost 100 times more from the same dose because it binds to our proteins, and our kidneys don’t excrete it. A lot of drugs and antibiotics we take bind to proteins, so there may be competition between PFAS and certain pharmaceuticals in our body.

Are there any other alternatives to these chemicals?

I’m sure there are. Silicones are good for waterproofing, but not quite as effective. Scotchgard was a miracle product in terms of its practicality. STAINMASTER carpet, Gore-Tex, these are all technologies that were significant innovations. We know now their impact to humans and the risks to health outweigh their performance.

How will chemists in the future make innovative chemicals that aren’t dangerous to human health?

Programs like Grand Valley’s Green Chemistry Certification are helping to teach chemists and scientists of the future that innovation is possible while protecting people and the environment. It’s a delicate balance.

Should this be a wake-up call that we need to be more vigilant than ever to ensure that our water resources stay viable for human use?

Of course. The fact that we have abundant water in Michigan also means it can get contaminated easily. We’re good at protecting against septic tanks and agriculture, but this is a new breed of compound and we have to make sure we don’t have anything else like this. People had wells 200 feet deep that they thought were safe. Then one day they woke up and it wasn’t safe, and they have been drinking the water for a long time.