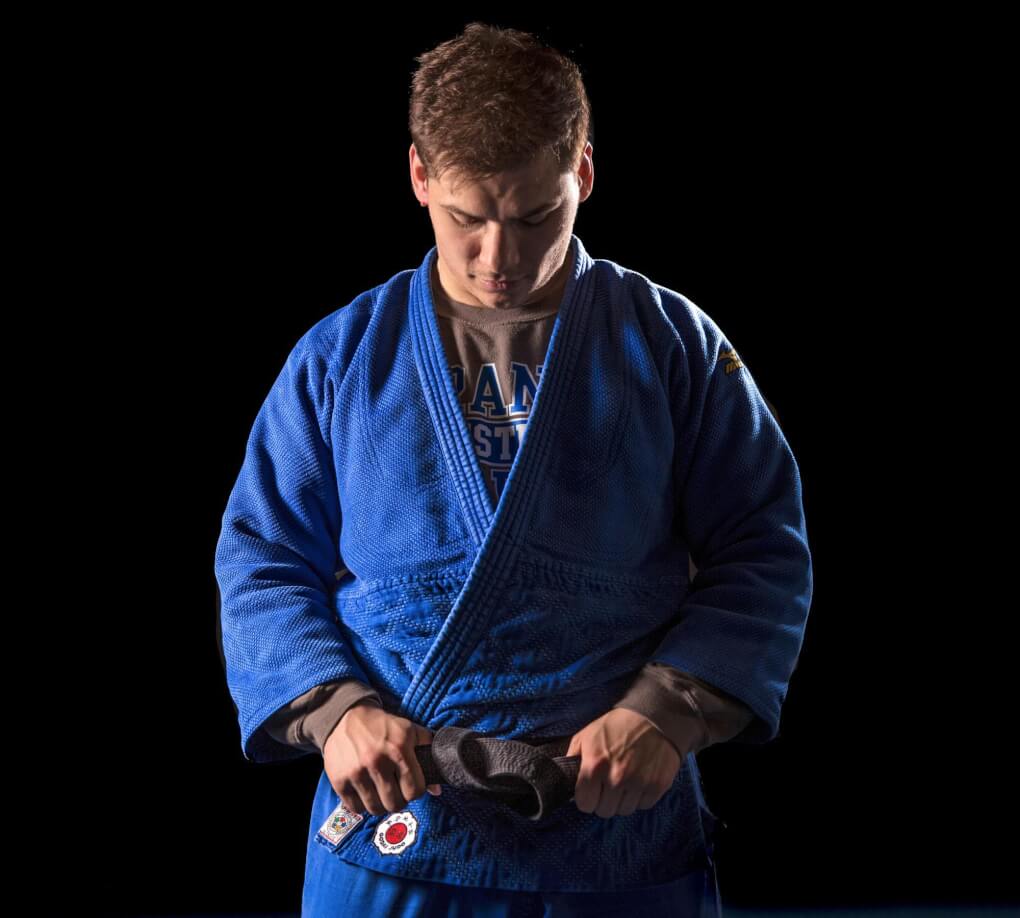 Bogdanic, who is majoring in supply chain management, started wrestling as a junior at Hamtramck High School at the suggestion of his judo coach. 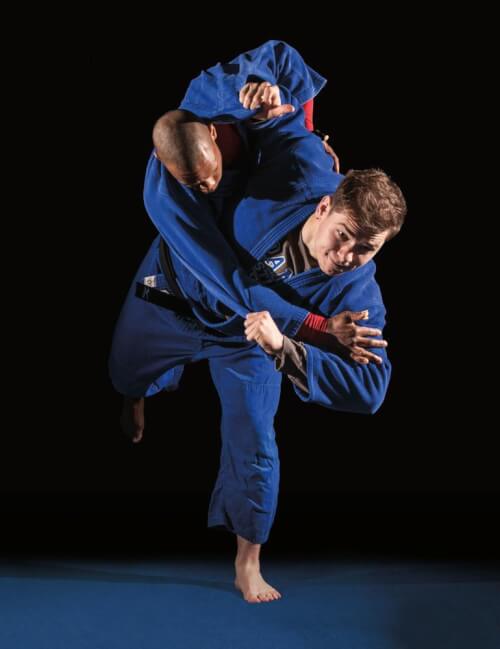 “I was getting into some trouble during middle school, so my mom took me to judo.”

He began taking judo lessons in ninth grade as an avenue to let out aggression. “I was getting into some trouble during middle school, so my mom took me to judo,” he said.

Sandra Bogdanic was quite familiar with the sport. During the late 1980s and early ’90s, she was among the top judokas in Bosnia and finished third at the country’s Olympic judo trials in 1988, the year women’s judo was introduced as a demonstration sport.

Her rise in the sport was halted as her country moved closer and closer to war. The breakup of Yugoslavia and ensuing conflicts among the Balkan states forced Sandra and her husband, Fahrudin, to flee Bosnia for Germany. Harun was born in Germany several years before the Bogdanics immigrated to Detroit in 1998.

As a high school student, Bogdanic quickly dominated judo competitions in the Detroit area and began climbing the ladder at the national level. He was named state judo champion in 2014 and has made the Under-20 All-American team three times. Last year, he won his weight class at the U.S. Open in Fort Lauderdale, Florida, and placed seventh at the Pan American Open in the Dominican Republic.

He said wrestling and judo are complementary sports. “Judo, with its tie-ups, trips and throws, is a lot like wrestling from the standing position,” he said.

“Because Harun has the level of discipline required for that level of judo, he knows how to push himself to improve. He’s also a vocal leader on the team and able to push his teammates when they need extra motivation,” Bolhuis said.

Bogdanic trains with judo clubs in Grand Rapids and Detroit, and after he graduates in December, he plans to push himself further.

“I want to begin training more and follow the Olympic dream of earning a medal,” he said.

There’s no question which country he would represent on a medal stand: Bogdanic earned U.S. citizenship last year.

The program will celebrate its 50th anniversary (1968-2018) during an alumni dinner and fundraising event September 29 at the Eberhard Center on the Pew Grand Rapids Campus. For details and to register for the dinner, visit gvsu.edu/rec/wrestling50. 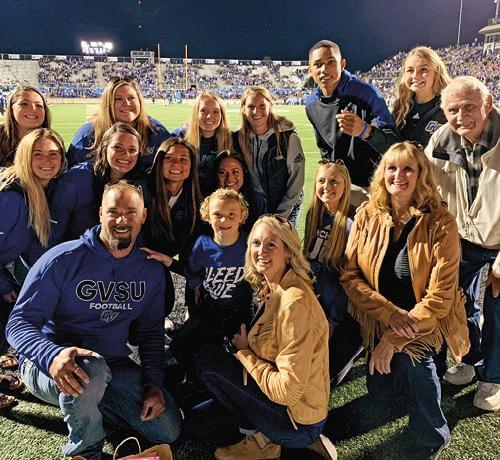 Led by the Student Athlete Advisory Committee, Grand Valley athletes have raised $10,000 or more in each of the past three years for Make-A-Wish® Michigan.