STORY by Nate Hoekstra / photos courtesy of the Cleveland Clinic

Playing football may not exactly be brain surgery, but pediatric neurosurgeon Dr. Kaine Onwuzulike said the two have more in common than people may think.

Onwuzulike is uniquely qualified to make the comparison. The 1998 graduate played football for the Lakers when Brian Kelly was the head coach, and was part of a surgical team that successfully completed the first in-utero correction for a spina bifida birth defect at the renowned Cleveland Clinic in northern Ohio.

“My first love was football. I lived and breathed anything to do with football,” Onwuzulike said. “When I realized I wasn’t going to play professionally, I focused on medicine. That’s where I found unity, a team mentality, group preparation, and working toward a common goal.

“I find that there are many parallels in neurosurgery.” 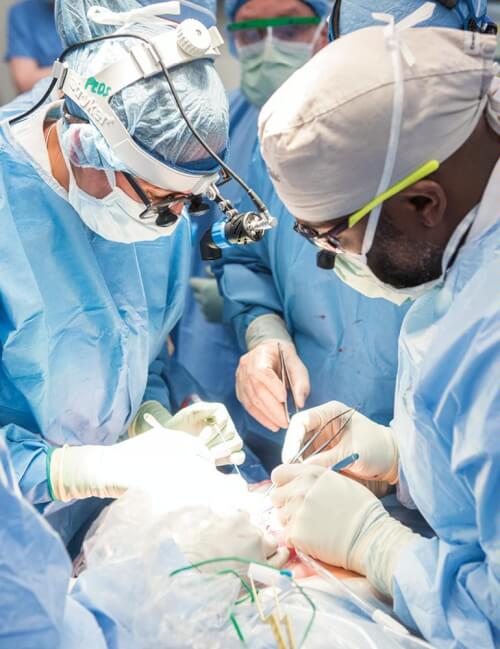 Dr. Kaine Onwuzulike, right, repairs the spinal column of a 23-week-old fetus in a groundbreaking procedure at the Cleveland Clinic. Onwuzulike earned a bachelor’s degree in biology from Grand Valley in 1998. 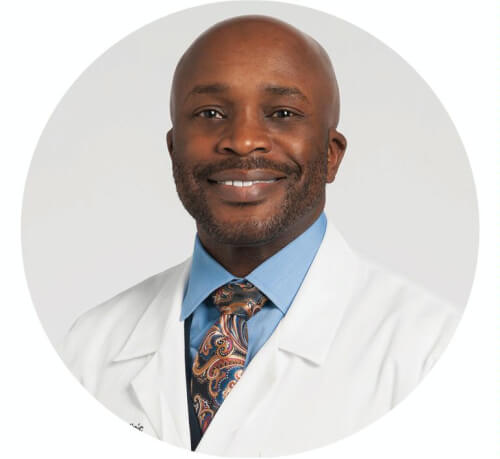 From liberal education to medicine

Onwuzulike said he took the traditional track to medical school as an undergraduate, majoring in biology and chemistry with a minor in physics, but learned that medicine is accessible to students from all backgrounds and interests.

“You need an ability to learn in a changing environment. You must be able to excel in whatever you do,” Onwuzulike said. “Of course, there are core programs you have to take, but no longer is it necessary to follow a single route. The diversity within medicine is what makes it great. It’s not as important what you study, it’s how well you do it.”

He said medical professionals with backgrounds in diverse fields help bring different perspectives and ideas to the profession.

Onwuzulike said his role during the in-utero surgery, the first of its kind at the Cleveland Clinic, was to repair the spinal column of a 23-week-old fetus. The procedure was intended to restore normal brain structure. Prior to fetal repair surgery, the back of the brain herniates down the spinal column, causing cerebrospinal fluid to back up and build pressure that can cause brain damage, according to a description from the clinic.

“It’s one of the few times you are responsible for two patients, the mother and the fetus,” Onwuzulike said. “For decades we’ve been treating this after delivery, and it’s a fairly durable treatment, but many times patients will need shunts to relieve fluid pressure. They often require further surgeries, and many have poor lower extremity function.”

He said the procedure was successful on two fronts: normal brain structure was restored and the baby was delivered via cesarean section at nearly 37 weeks. Both the mother and baby girl are doing well, according to the Cleveland Clinic.

“We were able to close the defect, place the child back in the uterus, and later the baby was delivered via C-section. She has been doing remarkably well,” Onwuzulike said. “Just like athletes, the surgical team set out to do something and wanted to excel. They want to be the best at their craft.”

Onwuzulike likened the Cleveland Clinic to an NFL powerhouse.

“It’s a wonderful opportunity to be at an institution that’s kind of like the New England Patriots of medicine. Cleveland Clinic is a place that’s accustomed to winning and being a trendsetter,” he said. “You want to be at the best place and have the best people around you. It’s a wonderful crossover without the physical punishment of playing professional football.”

The reward of a successful procedure follows a lifetime of training for Onwuzulike, including specialty training to work in pediatrics and neurosurgery following a medical degree from Case Western University.

“The work I get to do is going to improve people’s lives. Not only the fetus, but also the lives of the people who are that child’s caregivers,” Onwuzulike said. “It’s huge! Being able to contribute in that regard is phenomenal to me.”

“There are boundless things to be discovered, and looking for them is part of who I am.”

Onwuzulike said the preparation for this surgery was similar to being on a practice field. He said he spent time envisioning his physical moves, and was prepared to handle unexpected situations. It’s something that comes naturally for the former defensive back.

“When you have a big case coming up, you envision a successful outcome. You already have a plan B and plan C.

Pre-game planning is the same, watching film and taking notes,” Onwuzulike said. “You always have some nerves, but just like athletes, the best way to prepare is to be ready for complications or changing plans.”

Onwuzulike said he always had a passion for the sciences, nature and math. He said the innate beauty of nature has inspired him to ask questions that explore how the world works.

“There are boundless things to be discovered, and looking for them is part of who I am,” he said.

He said his experience at Grand Valley before medical school was foundational in his self-discovery, largely because he found a core group of professors who cared about his success.

Rick Rediske, professor and ecological researcher at the Annis Water Resources Institute, recalled Onwuzulike hanging around his research lab to study between classes, and listening to him talk about football and his dream of pursuing a career in medicine and conducting medical research in Africa. He called Onwuzulike’s story inspiring.

“The true reward of education is seeing a former student grow and make an outstanding contribution,” Rediske said.

Onwuzulike said Grand Valley was a good fit for him, and he credited his undergraduate experience for helping shape his future.

“It’s a very special place, a place I’ll always hold near and dear,” Onwuzulike said. “Grand Valley is a big part of why I’m here. I’m a Grand Valley fan for life.” 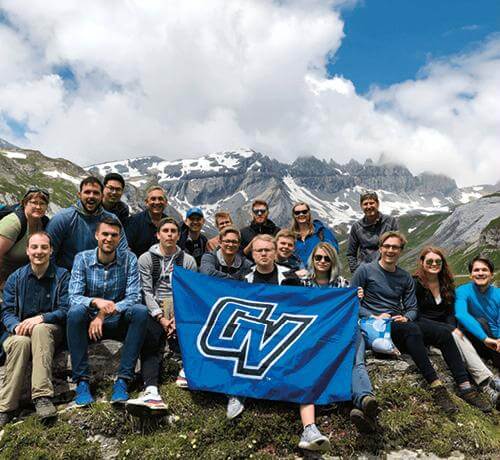 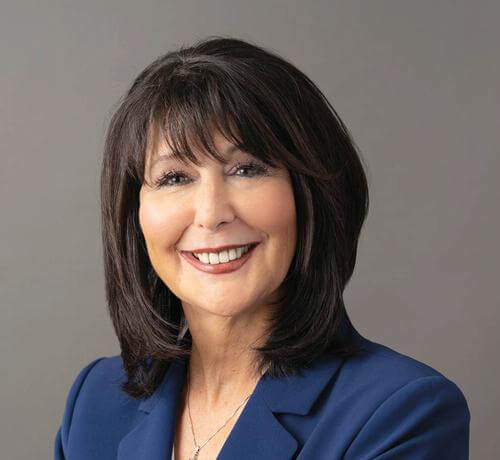 Grand Valley's Board of Trustees announced the appointment of Philomena V. Mantella as the university's fifth president on January 22 during a special board meeting in Allendale. (video) 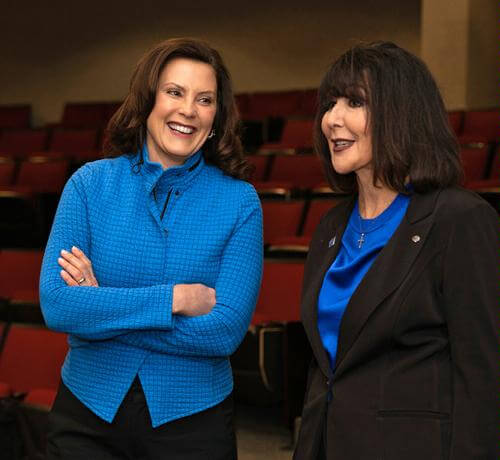