Brandon Barkley learned just how big Dallas is while driving to a job interview in 2015 after graduating from Grand Valley.

At the time, the former Detroit native and Laker basketball team captain moved to Dallas and quickly landed an interview with Ultimate Hoops, a national chain of facilities offering basketball skills training and competitive leagues for all ages. The company has eight locations in the city.

“When I interviewed I went to the wrong place, Texas is so huge,” Barkley said. “It was a blessing that I was still invited back for another interview.”

Barkley, who earned a degree in sports management and business, can laugh about his misstep now. His role as regional manager at Ultimate Hoops led to his current job as player relations manager for the Dallas Mavericks, serving as a liaison between the players and sponsors.

“I’m the connector between the two,” Barkley said. “When the guys are in town for appearances, I’m handling all the responsibilities of getting them to a location and making sure everything goes smoothly.”

He moved into that role in May after serving as the Mavericks’ youth basketball manager since 2018. 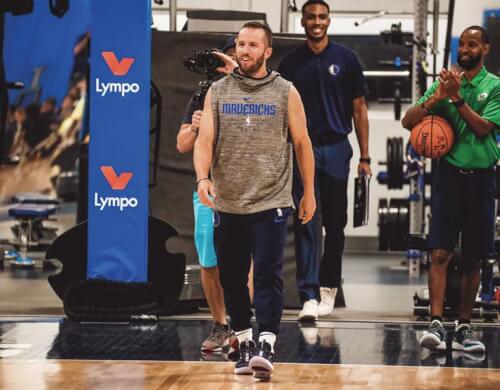 Barkley’s journey into professional sports can be partly attributed to persistence; the Mavericks host summer camps at the Ultimate Hoops facility where Barkley worked.

“They got to know me as I would help get things ready for the camps. As I got to know the front office staff better, I began to let them know I was interested in working for the NBA,” he said. “I was told to be patient, and after a year they called me in for an interview.”

Barkley said the organizational and managerial skills he learned at Ultimate Hoops transferred easily to his roles with the Mavericks.

“At Ultimate Hoops, I had to stay on top of everything. It was a learning process and I was younger than nearly every single person who worked there,” he said. “It was tough at the start, but you learn and grow.”

To stay organized in his current job, Barkley relies on a good calendar, Excel spreadsheets and lots and lots of texting. He said when a player is booked for an event, he’ll text multiple reminders starting two weeks out from the date. It’s rare that a sponsor or organization will request a specific player, wanting only “a Maverick” to appear at an event. In those instances, Barkley works his way through the roster like a coach.

“If it’s an event with the Hispanic community, I like to bring J.J. Barea, who is from Puerto Rico and speaks Spanish,” he said. “Justin Jackson is good at events about Down syndrome because he has a foundation.”

“Brandon was a tremendous leader for us during his time here.”

Barkley said he’s built a foundation of trust with the players. That news was not surprising to Grand Valley head men’s basketball coach Ric Wesley.

“Brandon was a tremendous leader for us during his time here,” Wesley said. “His positive attitude and ability to connect to his teammates was exceptional. We asked him to play many different roles on our team and he was always willing to do whatever necessary to help out.”

Now busy connecting players to the Dallas community, Barkley has put his YouTube series, “Mavs Fire Patrol,” on hiatus. Episodes featured shootarounds with players and Barkley usually steered the conversation around to sneakers, a passion of his.

“As much as I love basketball, I love shoes. I’ve got no complaints about this job and the gear,” he said, laughing. “I don’t feel like I work a day here, it’s a great job that I love.”

As a Grand Valley senior, Barkley was named team captain and received the unsung hero award for his contributions in practice, games and in the locker room. He remains close to his former teammates and many Laker alumni were guests at Barkley’s wedding in the spring. 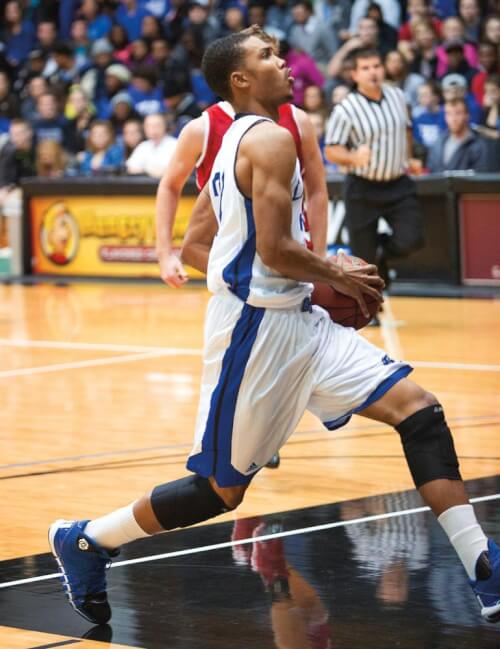 Barkley was named captain his senior year at Grand Valley.