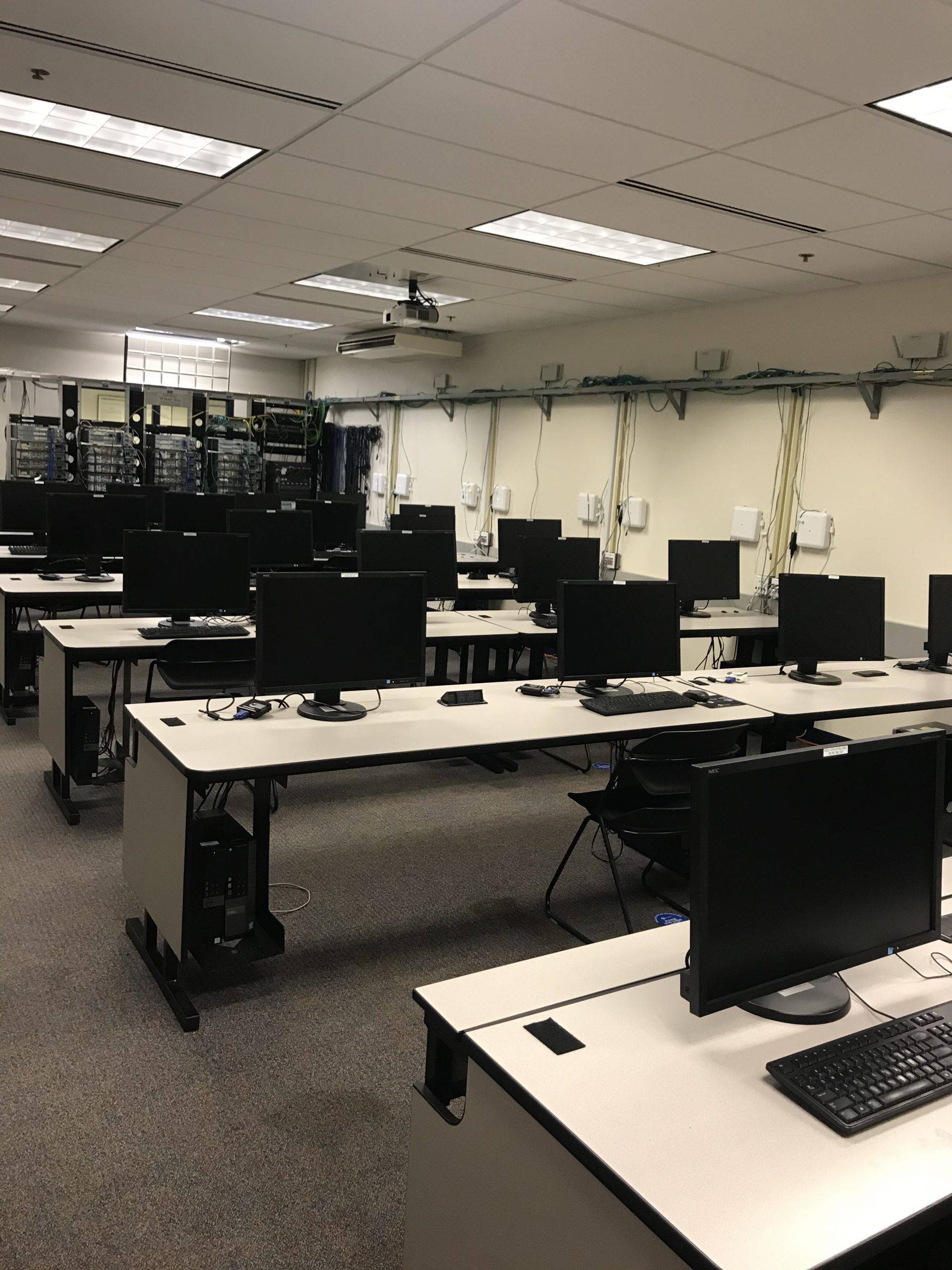 The Data Communications (better known as Datacom) lab is located at A-1-167 Mackinac Hall. The Datacom lab is used to support our networking and operating systems classes.  The lab consists of forty-eight desktop computers with twenty-four monitors. Half of these machines (24 machines) are running our standard EOS Linux image, and the other half are a split between Kali Linux (12 machines) and Windows images (12 machines).  All standard Linux networking tools are installed on the Linux machines.  All machines are dual or quad-core, with at least four gigabytes of RAM.  Also, the lab is equipped with various series of Cisco hardware routers and Cisco Aironet Wireless Access Points.  The Data Comm lab is used by students in CIS 237, 337, 338, 358, 375, 430, 457 and 458. These students will have access to the lab with use of a CIS keycard.

The Datacom machines are named dcXX.cis.gvsu.edu, where the XX is a number 01 through 25.

Check out this video tour of the Data Communications lab, given by Professor El-Said!

Page last modified March 29, 2022
Report a problem with this page