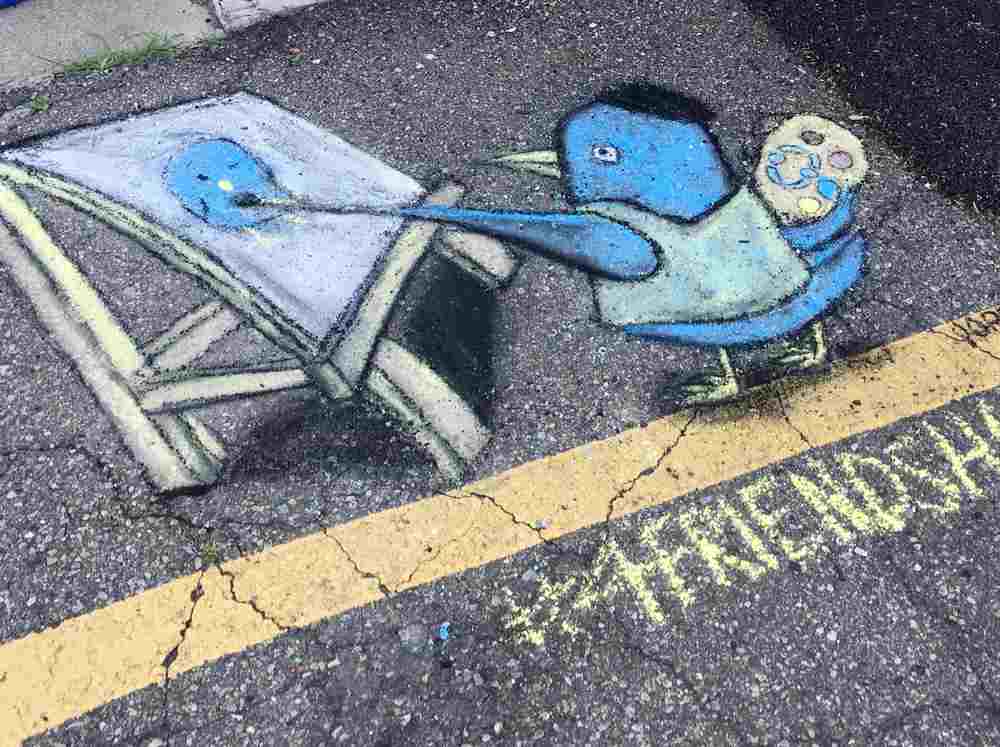 At first it was just a blank stretch of asphalt. Half an hour later, a bluebird painting on an easel appeared.

This bird was later joined by a bunny swinging in a hammock down the street and winged creatures floating around a barn on the adjoining street.

As time passed, more and more whimsical creatures slowly brought downtown Berkley to life Thursday as Grand Rapids artist Jordan Hartz worked his way through it with nothing but a box of chalk, paper towel, and charcoal.

Hartz is a gifted artist with special needs who currently works for the Friendship Circle’s Soul Studio in West Bloomfield. He recently worked with Ann Arbor street artist David Zinn to prepare him for creating chalk art in Berkley.

Hartz said he would not have an idea for a specific location's chalk drawing until he actually got there. Then the location would help determine what he created.


Page last modified July 12, 2018
Report a problem with this page