The Place to Be: Peer Collaboration Space 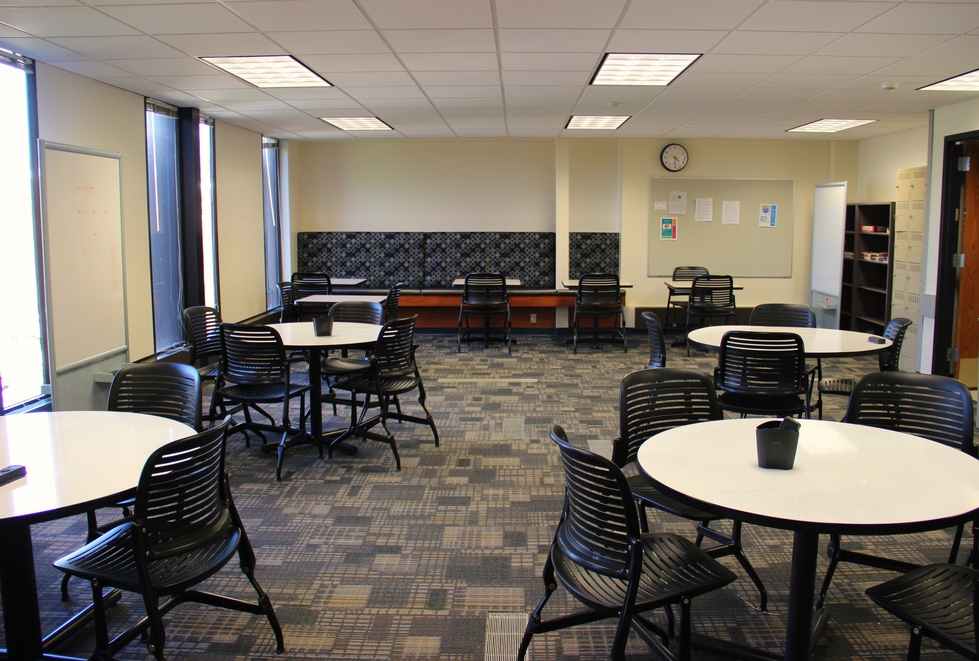 As of Fall 2015, mathematics majors and minors have a study lounge of their own, partly in thanks to the new Kindschi Hall of Science, a building named after mathematics professor Doug Kindschi, who also served as Dean of the Division of Sciences and Mathematics. The construction of the building opened some classroom and office space in Mackinac Hall just at the same time the Mathematics Department decided to prioritize creating a study space for mathematics majors in order to help students be more successful in their studies.

Mathematics department chair Dr. Jon Hodge negotiated space for the much-needed study hall. Right after winter semester 2015 ended, offices were emptied, and the construction began. The crews worked continuously during the summer to transform the area next to the math department office which consisted of 6 offices and an alcove between them into the Peer Collaboration Space (PCS) with a modern and beautiful design. The PCS was ready just in time for the fall semester. The room has multiple round white board tables, rolling standing white boards, and a large white board on the wall to make collaborating easier for math majors. Students also have access to a microwave, a fridge and four computers in the room. The dedication ceremony of the PCS took place on September 10 with the attendance of many students and faculty, all enthusiastic about math majors having their own study space. 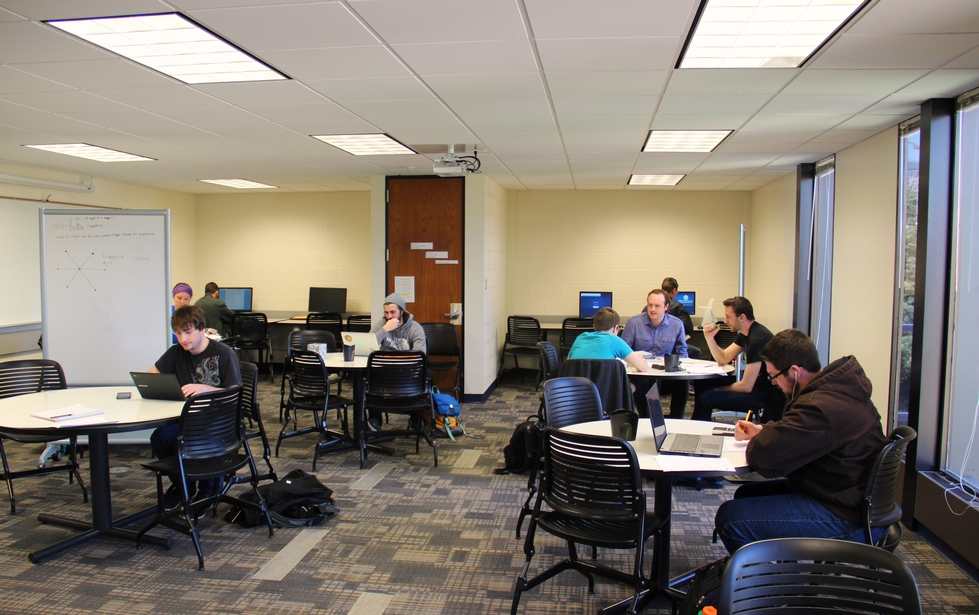 Since it opened, the PCS has been a popular place for math majors to gather. Throughout the day, students come in for quiet study time, to collaborate with others on homework or study for exams, to have lunch, or just to hang out with friends. Games such as Set and Qwirkle are available on the shelves of the PCS for having some math fun with friends. Faculty members regularly hold office hours in the PCS, and the space has also hosted multiple events for math majors since the beginning of the academic year. Math majors gathered for math game nights hosted by the PCS coordinator Dr. Karen Novotny, Math and Stats club meetings, the “Chat with the chair” event where students met with the department chair to bring their perspectives about the department, the research showcase event where faculty presented about their research projects, and an advising session for math majors. The space has served math majors in many ways this year, and is expected to continue to help students be more successful in their studies and enjoy their time at GVSU in the future.