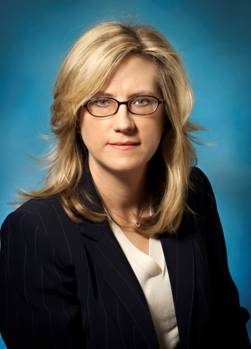 The GVSU Mathematics Department was delighted to see its first Mosaic Lecture occur in March, a now annual event that celebrates diversity in the mathematical sciences.  Dr. Jenna Carpenter, Associate Dean for Undergraduate Studies in the College of Engineering and Science at Louisiana Tech University, presented a talk titled “Top Secret: Women’s Contributions to the History of Computing,” and told the fascinating story of the “Top Secret Rosies,” a group of women who played a critical role in ballistics calculations during World War II.  Indeed, these human computers were the predecessors to emerging modern computing technology.

During the war, the army had immense computational needs for its ballistics alone.  Dr. Carpenter shared that a typical ballistics problem involved numerous variables such as the type of ballistic, launch altitude, launch angle, and weather conditions, and that early in the war, one problem could take 40 human-hours of work.  Female mathematicians did all of these calculations by hand, serving as human computers.

Throughout history, war and conflict have been drivers of human invention.  During World War II, one of the first general purpose electronic computers, the ENIAC (Electronic Numerical Integrator And Computer), was built at the University of Pennsylvania in Philadelphia, which happened to be where the women were working for the army in ballistics calculations.  A group of six female mathematicians soon became the world’s first computer programmers, working two of three shifts per day to execute programs using punch card technology.  We learned from Dr. Carpenter that a problem that formerly took 40 human-hours of work could now be processed by the ENIAC in approximately 15 minutes. 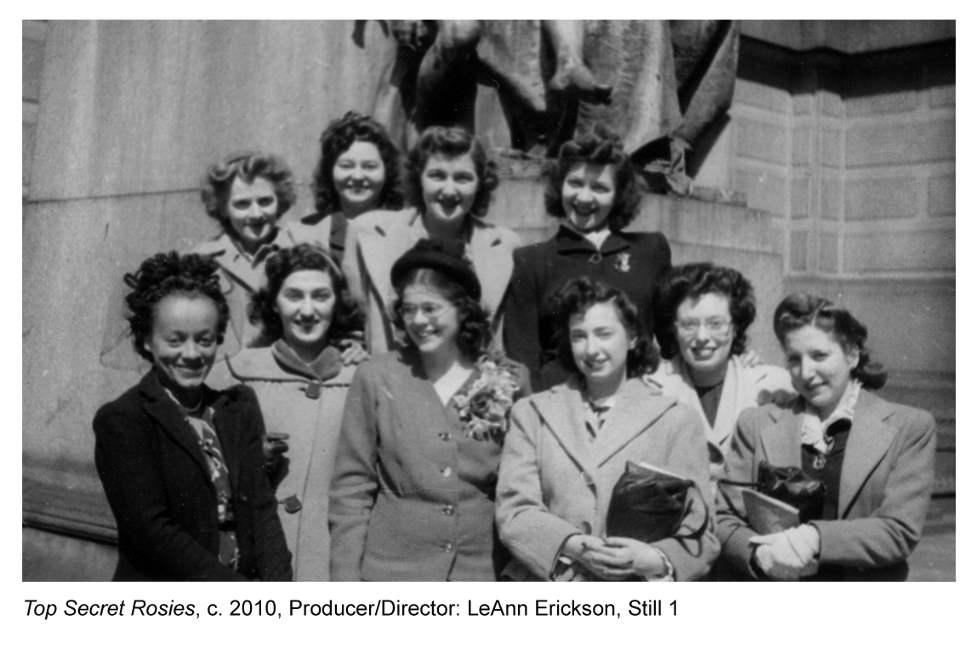 This story of the role of women who worked as mathematicians and programmers for the US Army in World War II only recently came to light.  During work for a different documentary film, after one of the subjects made passing mention (in the director’s presence) of the work she and her sister did during the 1940s. Director LeAnn Erickson quickly worked to develop, film, and produce a second documentary on the work of “the female computers of World War II.”  Most of the women who worked as mathematicians and programmers during the war have now died, so we are incredibly fortunate that this once-classified story was told, and told by them in first person.

In her work at Louisiana Tech, Dr. Carpenter directs the Office for Women in Science and Engineering and is principal investigator for Louisiana Tech’s NSF ADVANCE grant; she also serves as First Vice-President of the Mathematical Association of America.  During an afternoon seminar to the mathematics department faculty, Dr. Carpenter discussed past and current challenges faced by women working in mathematics specifically, and STEM (Science, Technology, Engineering, and Mathematics) fields generally.  One of the major challenges is that implicit bias – perceptions   ingrained in all people by their surrounding culture – shapes our views of gender and roles.  At an early age, boys and girls alike perceive that mathematics is “for boys”, and too often our own contributions as parents, teachers, and members of the culture at large assent to this view.  One of the most important ways to counter implicit bias is simply to be aware of it: being aware enables us to be more sensitive to ways that we can better support all students in learning mathematics and pursuing related opportunities.

For all of us who care about mathematics, it is important that we not only remember the story of the top secret Rosies and the many other critical contributions of women in mathematics, but that we also encourage as many students as possible, especially female ones, to study the subject more.  As Dr. Carpenter said in her afternoon seminar, “If the cure for cancer is in the mind of a junior high girl, the odds are that we’ll never find it.  Research shows that by the time that girl is in second grade, both boys and girls are well acquainted with the notion that math is for boys.”  We are losing too many bright, capable women early in their education, and from kindergarten through college, key steps must continue to be taken to help everyone realize that anyone can do mathematics, and mathematics is for everyone.

For further reading, watching, and thinking:


Page last modified May 4, 2015
Report a problem with this page