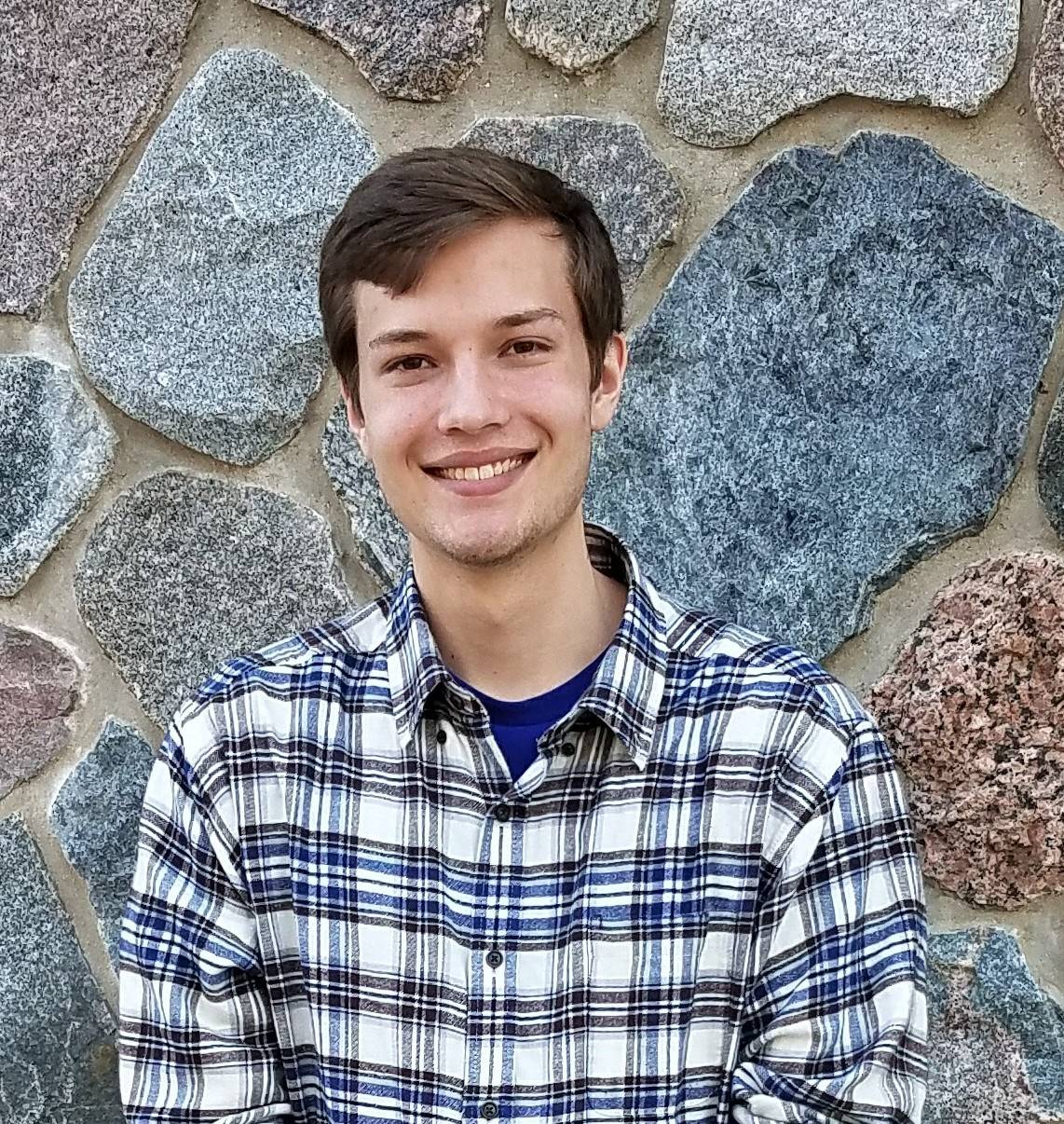 The mathematics department is delighted to announce that David Bronicki of Edwardsburg, MI, is the 2019 Outstanding Graduate in Mathematics from GVSU.

David has been interested in mathematics since he was very young. As just a third grader, he’d ask his dad for algebra questions to challenge him, and he found the subject becoming an increasingly large part of his identity as he grew up. While in high school, he thought he might study engineering or programming, and eventually settled on physics. After starting at GVSU with a planned physics major, he realized physics requires quite a bit of math and that one or two extra classes results in a math minor. While his first love remains physics, he’s found that being a math major as well has been a great fit for him.

David appreciates the small school feel of Grand Valley: small classes and access to professors has been an important part of his experience here. He’s enjoyed participating on the math team since his first year here through which he has competed in regional, state, tri-state, and national competitions, and he has particularly enjoyed seeing himself improve at these competitions over the years. When David was a sophomore, he competed on a team with Vasily Zadorzhnyy, the 2017 outstanding graduate in math.

One of David’s favorite courses of all time was differential equations, and he particularly enjoyed an independent readings course he took as a junior as a replacement for “Math for the Physical Sciences”, since the actual course wasn’t able to run that year. His GVSU education has also afforded David the opportunity to attend several conferences in both math and in physics. While the math conferences have shown him the breadth of possible topics to be studied, physics conferences have shown the sheer depth one can go into a single topic. In each case, the conferences have given him a sense of the commitment needed to become an expert in a field, a commitment that he will be making over the next several years in graduate school, where he intends to specialize in gravity-related physics. David aspires to one day be a university professor of physics.

When asked what advice he has for math majors in their first or second year, David says, “Ask around about research. The faculty here are very nice and regardless of your interests, the department will be able to find something for you. In addition, if you like difficult math problems, check out the math team. While the problems are hard, they are also doable. The challenge just makes solving them all the more rewarding.”

If he’s not working on his studies, you’ll find David watching YouTube or Netflix, playing video games, or programming. He has a special fondness for educational videos and base-building games, and he enjoys using programming to explore topics he’s interested in, whether it be a quick calculation, physical simulations, or making a cool looking image.

The Department of Mathematics congratulates David on his outstanding work at GVSU and wishes him the very best as he moves on to the next phase of his development as he pursues a PhD in physics.


Page last modified July 11, 2019
Report a problem with this page