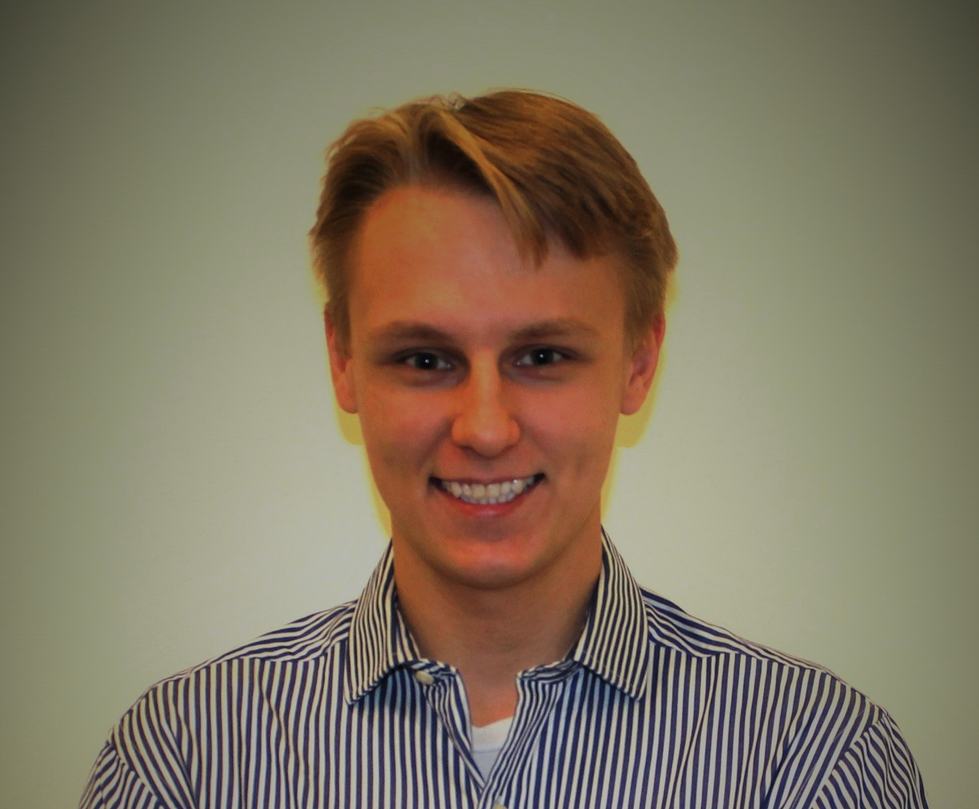 This year’s Outstanding Graduate in Mathematics is Vasily Zadorozhnyy, a senior mathematics major who will be attending graduate school at the University of Kentucky next year.

Vasily was born in Vladimir, Russia, about 100 miles east of Moscow. About the size of Madison, Wisconsin, Vladimir is a 950 year-old city filled with old cathedrals and bustling with trolleys and buses.

Education is an important part of Vasily’s family. His father has PhDs in both Applied Physics and Nuclear Chemistry, and his mother has a PhD in Chemistry. Recognizing that Vasily was interested in technical subjects from an early age, they encouraged him to attend the Vladimir Gymnasium to study advanced-level math and languages.

While in 7th grade, Vasily entered the Russian Mathematics Olympiad, a nationwide mathematics competition, and finished in the top 100 out of nearly 2 million students. It was then he began to realize his love of mathematics and that he should study it at a high level.

When he was a junior in high school, his parents encouraged him to study abroad to improve his English language skills. As a result, Vasily came to the St. Joseph area to live with an exchange family and attend the Countryside Academy in Benton Harbor. It was quite a transition moving from Vladimir to a smaller American city, but Vasily found his English skills quickly improving.

Though he had originally planned to return to Russia after the year, he began to investigate American colleges after taking the ACT. He found that Lake Michigan College was an affordable option for him as an international student so he enrolled with the intention to study aeronautical engineering. In that curriculum, Vasily took a lot of mathematics courses and had one math professor that he particularly liked for he gave proofs of calculus concepts and always explained why things were true.

After completing two years at Lake Michigan College, Vasily looked around for another school at which he could complete his studies and found Grand Valley to be a good, affordable option. From his first semester here, he was interested in pursuing research experiences. One day, he walked by Prof. Feryal Alayont’s door and noticed a paper note that said, “Ask me about research.” So he began a conversation with Prof. Alayont about available research opportunities; unfortunately, there were not many he was eligible for due to his international status.

He did, however, apply for and win an Alayont Undergraduate Research Fellowship in Mathematics, which supported his work on a summer undergraduate research project. Supervised by Prof. Darren Parker, Vasily investigated a problem in graph theory that is motivated by the game Lights Out. Looking at a generalized version of this game, Vasily wrote a Python program to analyze the nature of the game and determine winning initial configurations. This allowed him to make a conjecture about the winning configurations, which he was then able to prove.

Vasily gave a presentation about this work at MathFest, the summer national meeting of the Mathematical Association of America, and won an award for the Outstanding Student Presentation from the Pi Mu Epsilon National Honor Society. In addition, giving a presentation helped him break through any fear he had about public speaking.

Vasily has enjoyed many of his courses here at Grand Valley, including Advanced Calculus, Linear Algebra, Group Theory, Complex Analysis, and Partial Differential Equations. As a result, he applied to several graduate schools to study mathematics and has accepted an offer to attend the University of Kentucky, where he hopes to continue research in Partial Differential Equations.

Vasily says that his post-graduate school plans are up in the air. He likes living in the United States and he likes teaching, so he could see looking for an academic position in the U.S. He also may investigate positions in industry and explore other international experiences.

Vasily says he has learned several things while at Grand Valley. First, he encourages students to seek out advice from faculty rather than relying too much on fellow students. Initially, he was scared to approach Prof. Alayont because she was not one of his teachers, but, through her, he learned a lot about opportunities available to him that he wouldn’t have otherwise. Vasily also says that hard work is worth it and will always pay off. He also feels that he has learned a lot from his tutoring experiences.

We thank Vasily for all his hard work and for the enthusiasm he brings to everything he does. We feel sure of his future success and wish him all the best as he leaves for graduate school and hope that we can stay in touch with him over the years.


Page last modified April 10, 2017
Report a problem with this page