Kris Lund has certainly made the most of her experience in the mathematics department. In fact, it is hard now to believe that the 2005 recipient of the Outstanding Graduate Award wasn’t always a math major. When Kris first came to GVSU, she was in the engineering program, but during a semester of calculus, Professor Sundstrom convinced her to switch to mathematics, and Kris never looked back. 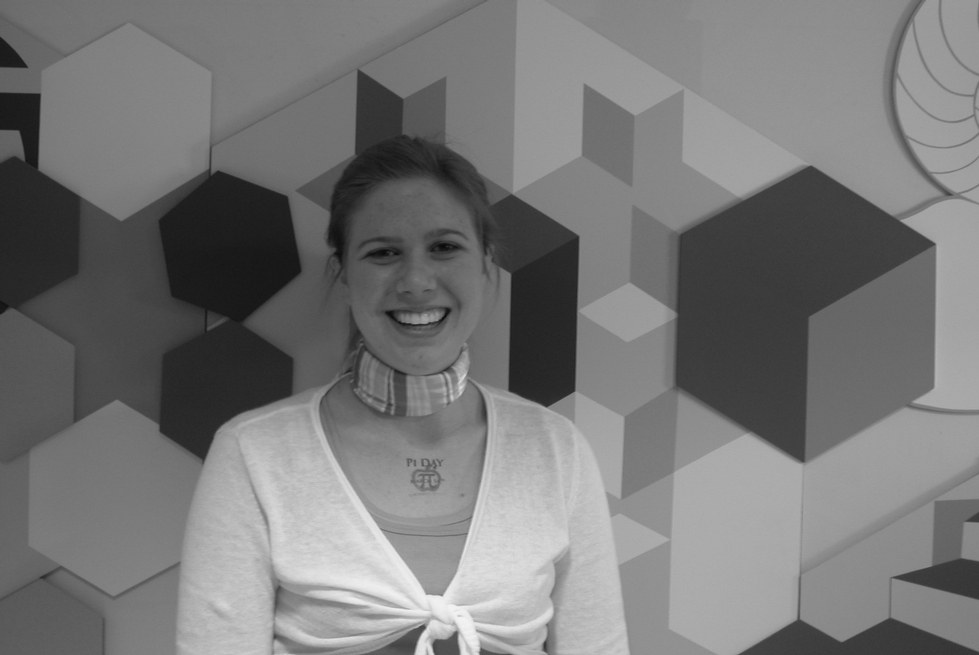 Kris has taken nearly all the courses offered in our department, and has trouble picking a favorite, though she particularly enjoyed the Modern Algebra sequence, as well as Numerical Analysis. She found that her math courses were always the most demanding and challenging of any on her schedule, but truly appreciated the feeling of accomplishment when she completed each one. Kris does warn other math majors to think twice before taking four math courses in a semester, though – something she managed to survive twice!

Kris has already begun to experience life as a mathematician outside the classroom. During the summer after her sophomore year, she worked with Professor Dickinson researching spherical geometry. The following summer, she participated in the GVSU REU program and worked on the geometry of the Hausdorff metric under the supervision of Professor Schlicker. Kris has presented her work from both projects nationwide, and won an award for her talk at MathFest in Boulder, CO. Kris admits that research is hard, but found both experiences really rewarding.

Kris has contributed her own time and energy to enhancing our department for other students. She is currently the president of the Math and Stats Club, and she spearheaded the effort to have a conference room converted into a student lounge. Kris also works in our Math Lab, and as a Structured Learning Assistance tutor for Math 110.

While Kris will miss GVSU next year, she’s thrilled to be starting a Ph.D. program in mathematics on a fellowship at the University of Nebraska at Lincoln. She sees herself eventually teaching at a school focused on undergraduate education. We wish Kris continued success and look forward to hearing from Kris about her experiences.