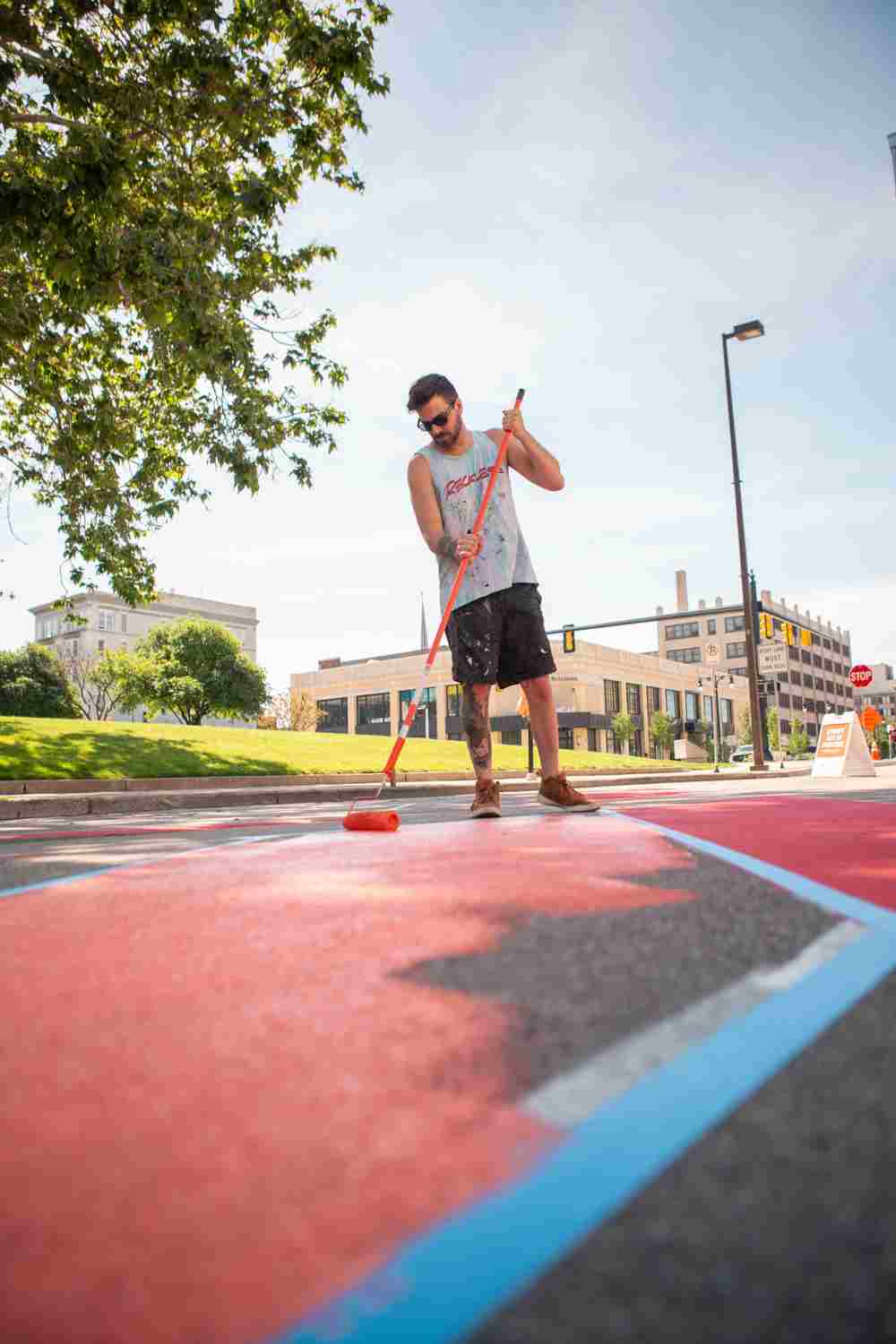 An artist and Grand Valley alumnus is transforming part of the surface of a downtown Grand Rapids street with a mural commemorating Pride Month.

Joey Salamon, '10, this week started painting his creation on Sheldon Avenue NE, between Fulton and Library streets. The mural is funded by the Grand Rapids Downtown Development Authority. City leaders say it is the most extensive street mural installed in Grand Rapids.

"If someone's walking past and sees it and doesn't know the meaning behind it, they're probably going to think it's just a cool piece of street art," Salamon said. "Once they find out it's specifically made for Pride, I hope they see the process of individuality by using the rainbow flag in a unique way."

The project in this community is taking on a special meaning for Salamon, who now lives in Detroit. He came out while at Grand Valley, which he attributes to the security of being around supportive people and "the maturity at that point to start living honestly, I suppose."

As he pursued his degree in art and design with an illustration emphasis, he immersed himself in the Calder Art Center's environment, which he found to be LGBT-friendly and helped boost his comfort level.

Even as an art student, Salamon had in the back of his mind that he wanted to create murals. He said he wasn't sure how to even get started, but over time his work has led to these large-scale pieces.

This is the first time he has created a mural on a street surface, and he is enjoying the experience with the help of some people he has enlisted to paint. He is using about 40 gallons of paint used specifically for painting road surfaces and is covering about 7,000 square feet.

"Everyone has been super kind and excited to see it go up," he said.


Page last modified June 27, 2019
Report a problem with this page