10 Questions for our alumni 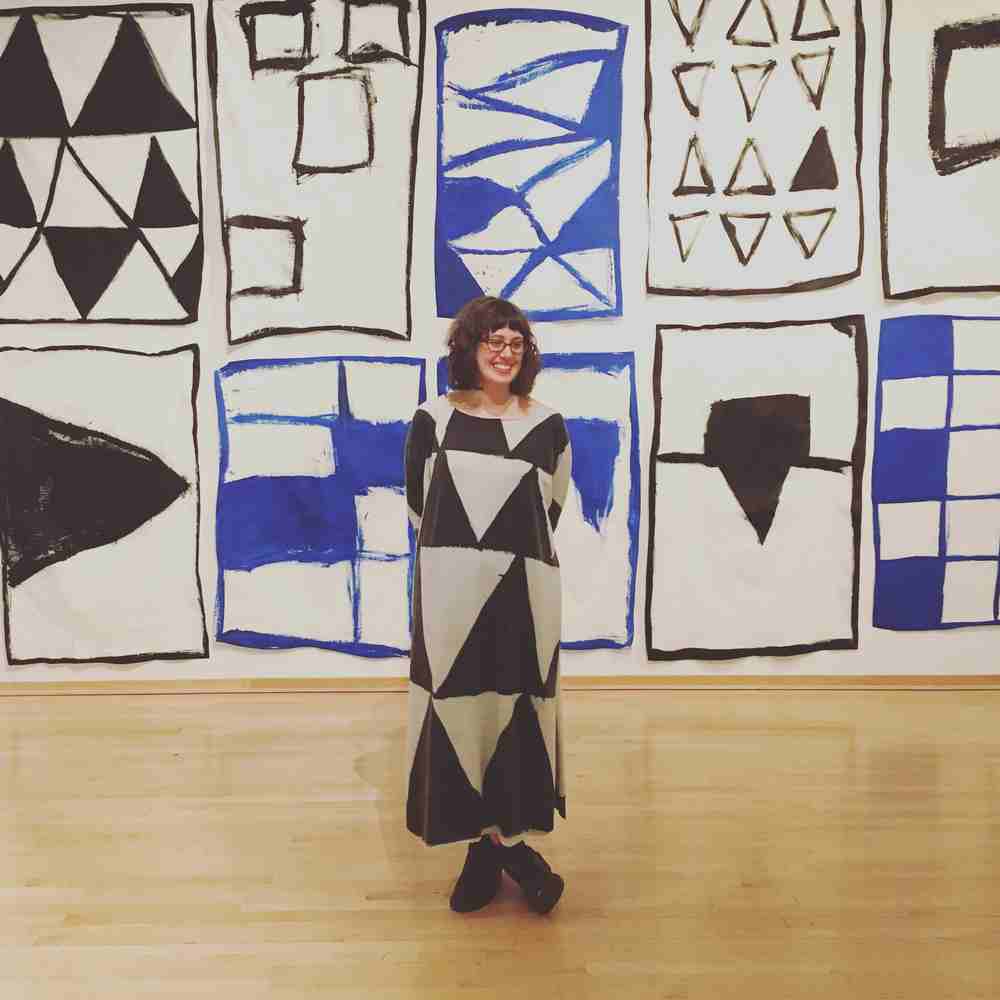 Why did you choose to attend Grand Valley?

To be honest, I chose Grand Valley because it was cheaper than attending Kendall. I was moving to Grand Rapids and wanted an art major. When I was researching schools Kendall and Grand Valley came up, so the decision was pretty easy after that.

How or why did you choose your major or main emphasis area?

I decided on Visual Studies after taking the CPS course with Collin Bradford. We had met before the end of the semester when I was still deciding between majors and he suggested I look into the Visual Studies program. It seemed like a great fit and ended up allowing me lots of opportunities to show my work and participate in the downtown art scene, as well as giving me experience in installing and curating various types of work. I think the Visual Studies program provided the most flexibility in terms of preparing us for after school and for the life of an artist.

What advice do you have for future students thinking about colleges?

Take your time and make sure it's a good fit. It's okay if you change your major five times - I went from Graphic Design to Art Education to a Studio Art major, all because I felt pressured to get a degree that would lead to a guaranteed job. It doesn't matter. Studio Art degrees provide you with just as many employable skills as other majors. And if you're thinking about going into a Graduate program, take some time in between degrees. It'll make your work stronger, show you can work outside of institutions and if you're still just as active, it'll help you get those fellowships and teaching assistantships.

What advice do you have for current students thinking about careers?

Be happy. Don't stay in a job if you hate it. Always keep creating. The work/life balance is hard, but if you can keep making art work outside of job work, you'll be happier.

What did you do after graduating?

I continued working part-time at a local library for a couple months, before landing a full-time job as a Design Assistant at a local carpet mill. After a year there, I was promoted to a Designer. During this time I was also creating my own work outside of work, exhibiting in both group and solo shows. I also curated a traveling textile exhibition (it was part of the Curatorial Class final taught by Anna Campbell). This show ended up going to five different galleries, including University of Michigan Ann Arbor's Work Gallery and Sierra Nevada College's Garage Door Gallery in Reno, Nevada.

What are you doing now?

After almost three years at the carpet mill, I decided to get my MFA in Fibers. I ended up going to Tyler School of Art on a free ride and just finished up in May. I worked a couple part-time jobs at some of the local museums in Philadelphia, before getting my current job as a Graduate Admissions Counselor at Moore College of Art & Design.

How have you used the skills you developed in your field of study in your life and/or career after GVSU?

Using the skills from my degree; curating, applying and hanging work, and photographing my own work, allowed me to build quite an extensive exhibition record and body of works. This lead to me getting into all five graduate schools I applied to and I also received two fellowships - one of the highest forms of aid for a graduate program.

What is the best advice you got from an instructor at Grand Valley?

Maybe the best advising, was Anna Campbell going through fiber graduate programs with me before I graduated. At that point, I didn't think I would be smart enough or my work was good enough to do a graduate program, but that it was probably a good idea just in case. Having that information at my fingers was huge when I finally decided to apply. Especially now that I'm working as an Admissions Counselor and seeing it from a different point of view. Anna was definitely my mentor professor from undergrad, leading me through my BFA thesis show, but also leading me through every step of applying to grad school and afterwards when I was deciding on schools.

What is your favorite memory of being a student at Grand Valley?

Something that has been huge is the connections I made. Mainly thinking of my friends connections, because I've also made A LOT of connections with artists working in Grand Rapids. But the other women I went through the Visual Studies program with; Leah Burke, Jennie Wentzel and Courtney Jones, we're still all friends. I actually now create clothing and sell it at Courtney's store, Dime & Regal (it's on Wealthy street!). The other women I met at GVSU, all in other majors outside of Visual Studies; Angie Meitzler, Megan Stone and Monica Lloyd, have created a collaborative group called MMAK, where we're creating and sharing work both individually and together. Last year we showed at University of Indiana Bloomington's The Fuller Projects and the year before that we participated in the UICA's Exit Project Space creating a mural piece together.

Participate outside of the Calder bubble! My whole CV was built on doing one night shows for Avenue for the Arts and renting out exhibition spaces from little galleries on Division Avenue. Find your people and stick with them, even if you're just sending each other texts of the work you're making, it still counts.

___________
Image credit by Kate Garman. You can see more of Jen's work online at kategarman.com and you can follow Kate on Instagram @kate_garman

View More 10 Questions for our alumni


Page last modified November 21, 2018
Report a problem with this page