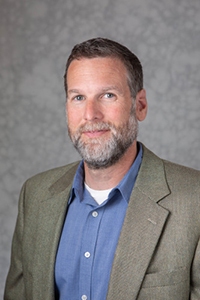 Christian Hinsch received his Ph.D. in Marketing from the University of Missouri. Prior to entering academia, Chris was a marketing manager at Cenveo in St. Louis. His primary responsibilities at Cenveo involved pricing custom printing jobs, shop loading and managing interactions between salespeople and the firm. Over the 10 years that Chris spent with Cenveo, annual revenues grew from $10 million to over $25 million. This growth was accompanied by average profit percentages of about 10% at a time when industry profit percentages averaged 3-5% (in the one and two color market). Chris is currently an Assistant Professor of Marketing at Grand Valley State University. His research interests include studying motivations behind Internet interaction, the impact of Internet engagement on both the consumer and the firm, and social issues that accompany marketing exchange. He has published in the Journal of Personality and Social Psychology and in books dealing with the Internet and virtual interaction.

Page last modified March 25, 2020
Report a problem with this page