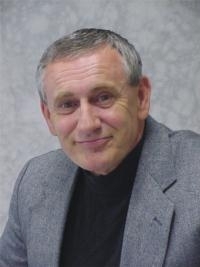 Roger Ellis is a Professor of Theatre working in professional, community, and university theatres in the United States and abroad. He earned a masters degree in dramatic literature from the University of Santa Clara, and a doctorate in theatre from the University of California at Berkeley. Dr. Ellis was also active in California as a professional actor and stage director, working for six seasons with the California Shakespeare Festival and the DellArte International Conservatory in northern California. He was also guest director at several west coast institutions including the College of the Redwoods, the College of Marin and the University of Santa Clara. Between 1975 and 1980 he established the acting training program at Grand Valley, and began a long publishing career that now includes fifteen books on the modern theatre. In addition he has published numerous scholarly articles on the modern theatre including play reviews, criticism and feature articles for newspapers. He has also delivered a number of conference presentations at regional and national events over the past three decades, and has led performance workshops for actors and directors in the United States, Western Europe and the Caribbean. Dr. Ellis founded the cultural diversity program in theatre at GVSU in 1992; and in 1993 he founded the Grand Valley Shakespeare Festival, where he is still active as actor or director, and where he serves on the Shakespeare Festival Committee. His international work since 1998 includes leading Grand Valley students on four study abroad experiences to Canada and South America where they have participated in international theatre festivals as actors, managers and technicians. In 2000, he served as director of the School of Communications International Conference on Augusto Boal, and over the years he has arranged for several international groups to perform at Grand Valley from Venezuela, Japan and Germany. In 2002 he presented a series of performance workshops in movement and acting in Germany, France, Aruba, Switzerland and Canada; and he has served as the U.S. representative of amateur theatre to international conferences in Morocco, Japan, Korea, Monaco, Cuba, and Venezuela. He is currently a member of the International Committee for the American Association of Community Theatre. Dr. Ellis has also been active locally with community theatres and arts organizations in the west Michigan Area. He has directed and acted with the Grand Rapids Civic and Community Circle Theatres, as well as for Opera Grand Rapids where he received an award in 1989 for his loyalty, support, leadership and service. His production of THE WHALES TALE for the Public Museum in the 1980s helped to launch the opening of the Van Andel Public Museum Center; and he served as managing director for the Ladies Literary Club Classical Theatre between 1989 - 1993. Dr. Ellis teaches courses in acting, global arts, and speech communications, and directs or acts in plays each year. He also edits the international journal IDEACTION, serving the North American Regional Alliance of the International Amateur Theatre Association. He conducts drama classes and directs plays at Grand Rapids high schools, and serves as Vice-President of World Theatre for the International Amateur Theatre Association.