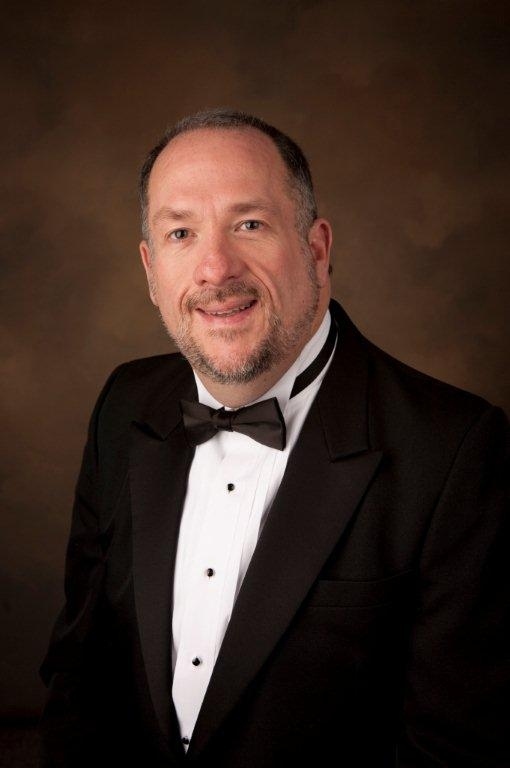 John Martin serves as Associate Professor/Director of Athletic Bands. His duties include teaching music education courses, conducting the Concert Band, University Band, Laker Marching Band and coordinating the athletic band program. Prior to his appointment at Grand Valley, Martin served as Assistant Director of Bands at the University of Tennessee, Knoxville. He assisted the nationally acclaimed “Pride of the Southland” Marching Band as instructor, drill designer, and arranger. Martin’s other responsibilities included conducting the University Concert Band, administering and conducting all pep band activities, and teaching undergraduate courses in brass methods and marching band techniques. He began his music education career at Vance Middle School in Memphis where he served as band director.

John Martin received his DMA degree in wind conducting from the University of Southern Mississippi where he studied conducting with Dr. Thomas V. Fraschillo and Dr. Steven R. Moser. He received his Bachelor of Music Education and Master of Music degrees from the University of Tennessee, Knoxville where he studied conducting with Dr. Gary Sousa, Dr. WJ Julian, and Dr. Gary Schallert. Among Martin’s other conducting activities, he served as conductor of the Babahatchie Community Band in Harriman, Tennessee and guest conductor of the East Tennessee Concert Band in Knoxville. He has presented sessions at state and national conferences. Martin continues to actively serve as a clinician, adjudicator, and guest conductor throughout the nation. He has numerous tuba/euphonium arrangements published through TUBA Press.

He holds membership in many professional organizations including the College Band Directors National Association, National Band Association, and Phi Mu Alpha Sinfonia. In 2001, he was awarded Phi Mu Alpha’s Orpheus Award. His dissertation focused on the career of his college band director, Dr. WJ Julian that is titled, WJ Julian: His life and career with emphasis on his tenure as Director of Bands at the University of Tennessee, Knoxville (1961-1993).