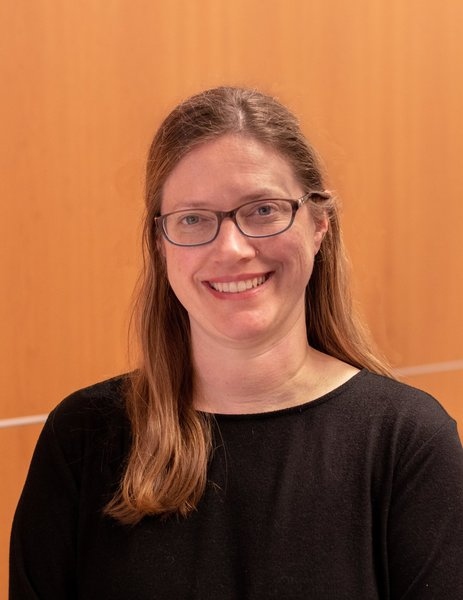 A Michigan native, Megan Reiter-Crawford gave her first public recital, at the age of six, in Detroit. Her concerto debut, at the age of 12, was in her hometown of Dearborn as part of a concert series in Henry Ford’s Fairlane Estate. She has since concertized throughout the United States, appearing with orchestras in Ann Arbor, Aspen, Basalt, Dearborn, Detroit, Ft. Collins, and New York. She has performed extensively in recitals with Ann Arbor pianist Michele Cooker, and since marrying Grand Rapids Symphony Concertmaster James Crawford, the family duo has appeared on the scene here in West Michigan.

Ms. Crawford has been the recipient of numerous awards including a fellowship to the Aspen Music Festival, which she attended for five summers; the Detroit Symphony Orchestra’s Bradlin Award; an Upton Foundation Grant for the Meadowmount School of Music; the Francis B. Furlong Scholarship for the University of Michigan; and a Governor’s Award nominee in the Emerging Artist category. Ms. Crawford won the concerto competitions at both the University of Michigan and the Manhattan School of Music, has been a prizewinner in the Florida ASTA Competition, the Ft. Collins Symphony Young Artist Competition, the Corpus Christi International Young Artist Competition, and has participated in the prestigious Walter W. Naumburg International Violin Competition in New York City. She has been a featured artist on Detroit’s classical music station, WQRS, and many of her orchestral performances have been broadcast on National Public Radio.

Ms. Crawford received her Bachelor of Music degree with honors from the University of Michigan, where she studied with Paul Kantor. She then went on to graduate from the Manhattan School of Music with her Master of Music degree, where she worked with Michael Gilbert and Patinka Kopec.

In addition to her full time job with the Grand Rapids Symphony, Ms. Crawford is a dedicated violin teacher. She has been teaching privately for the past 10 years and before moving to West Michigan, worked with many talented youngsters in the Preparatory Divisions of the Manhattan School of Music as well as the Mannes College of Music as a substitute teacher. In the past, Ms. Crawford had the honor of temporarily joining the faculty of the School of Music at Western Michigan University, filling in for Professor Renata Knific while Knific was on sabbatical.