Alumna Andrea Fleming '13 finds a home on the stage 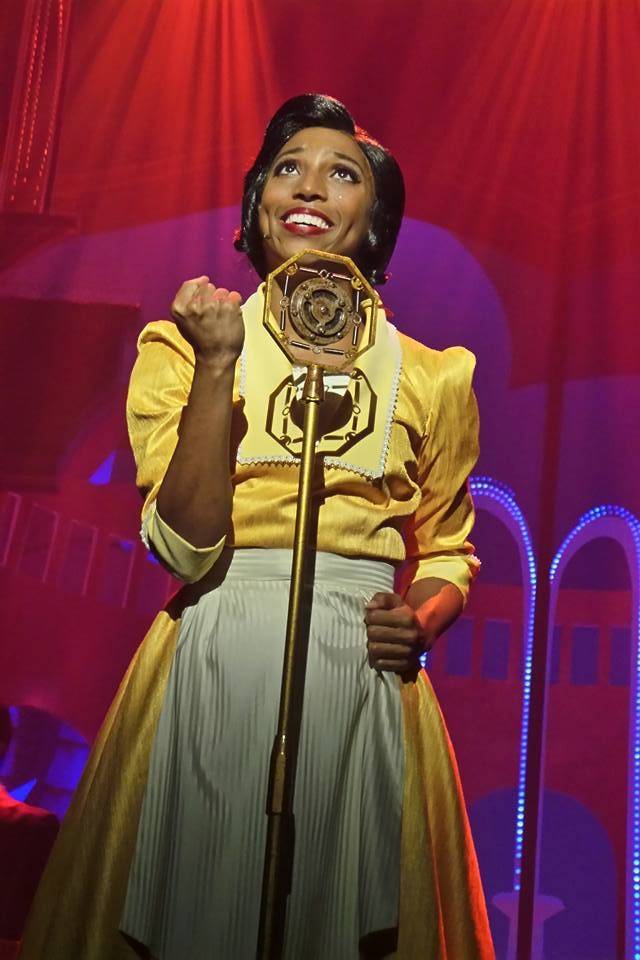 Andrea Fleming, ’13, grew up in Detroit and Lansing, and came to GVSU in Fall 2008 as an alumnus of Holt High School with only a vague idea of what she wanted to do.  Andrea had loved singing since she was a child, and caught the theater and performing bug in middle school, so she decided to pursue a degree in vocal performance at Grand Valley under the mentorship of Professor Dale Schriemer.  Along the way, she says that she “couldn’t suppress (her) nerdy impulses completely and picked up a math major, too!”

Early in her time at GVSU, Andrea decided she wanted to pair her music major with a second, but was undecided about what it would be.   After narrowing it down to physics and math, she chose mathematics, finding it appealing because mathematics is at the heart of everything we observe in the physical world around us.  Mathematics is the language we use to understand and communicate science, yet it also forms a world on its own.

Andrea says that she’s “obsessed with anything that you cannot see,” so theoretical mathematics highly interesting to her.  She further notes that while her music studies were demanding, they weren’t nearly as intellectually challenging as mathematics; in many ways, math gave her that extra intellectual challenge that she was craving.   In her words, “My brain loves to twist itself in knots over problems that have no obvious practicality.”

As part of our background for this article, we asked Andrea what the best part of her Grand Valley experience was.  She replied that, “I think the best part was finding a place that was safe for me to grow at the pace that I needed and desired. At Grand Valley there is so much room for a student to create their own unique experience, while conversely it is a quaint enough environment for any student to get the nurture and support that their individual paths require.

“It can seem that since it is such a small school there are limited opportunities or that the students can be in a bubble.  However, I never once felt my growth as a person or a student was limited. There are so many learning experiences that I was granted that I did not ever imagine I would have (summer programs for performing, agent showcases, mathematical and music theory conferences and seminars, etc.), and Grand Valley leaves nothing to want in experiences for students yet nurtures and helps to provide such a close and warm mentor and support system.” 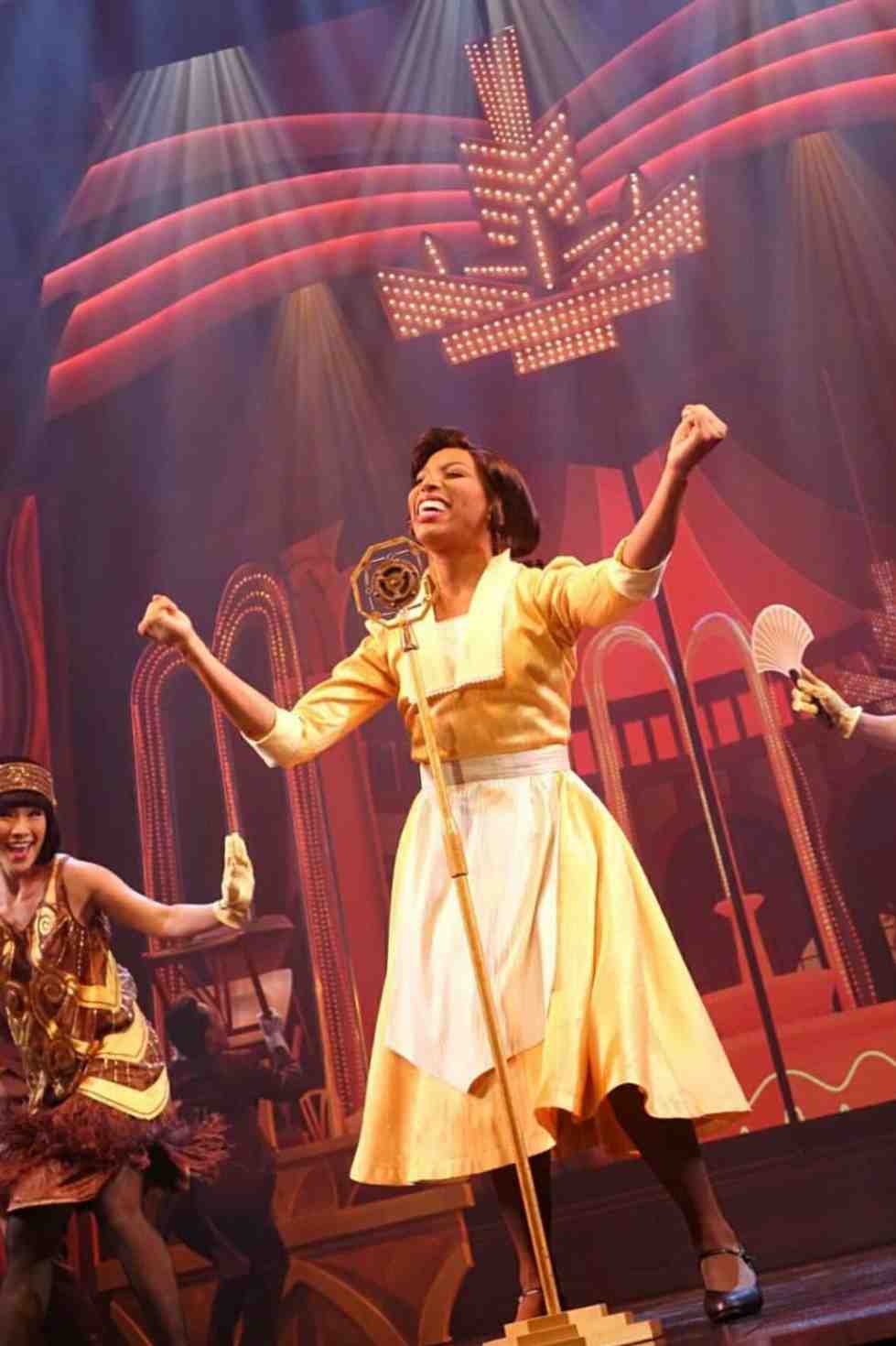 About 9 months after she graduated from Grand Valley with a double major in vocal performance and mathematics, Andrea did what young performers do: she packed a car full of her belongings and drove to New York City to pursue her dreams.   She began auditioning in the theater community, doing various singing gigs, and working as a restaurant server.

In a recent audition season, she happened to stumble upon a Hong Kong Disneyland audition while coming back from an audition for a theatre company.   She went in, sang her song, and the casting director gave her a callback for two roles that they were filling.  A few months later she got the call with an offer to be flown out to Hong Kong to sing as a vocalist in the brand new show that they were opening.   So, now she has the role of Princess Tiana at Hong Kong Disneyland, singing five days a week with anywhere from two to five shows in each of those days.   You can watch a clip of part of one of her performances at https://www.youtube.com/watch?v=iPLXH06wowM.

In music, like in many other areas of expertise, the days where performers only focus on one avenue of artistry are probably long gone, and Andrea sees value in venturing into all sorts of quirky projects.  While her home will always be on the stage, where she has also gotten a taste of opera, recital, and musical theatre, she would also like to try other things such as film, TV, and commercials. Ultimately, she believes she will keep finding herself on the theatrical stage; Broadway may well be in her future! Regardless, she hopes that she will have a versatile career full of a variety of interesting experiences.

We also asked Andrea, “what advice would you give to students who enjoy mathematics but also have other interests they might pursue in parallel, or instead?”  Her response speaks volumes:  “I would tell them, DO NOT LISTEN TO ANYONE BUT YOURSELVES!  If I had listened to anyone, I would never have even taken a single math class in college (I had completed an AP course in high school and already had my credit fulfilled).  Everyone told me to just focus on one thing.  If I had done that I would not have learned so many of the amazing things about math that I did, but most importantly, I would not have learned so much about myself (sounds cheesy, but it is entirely true).

“I had no idea that I had it in me to complete this second degree in this extremely challenging major (music was already a demanding major for time and credits).  And I also didn’t understand that things I learned in math would stick with me just about every day of my life.  (Don’t listen to them! You do use math in every day life!)  The critical thinking and problem solving skills that I learned were invaluable.  Mathematics is truly a creative field and as different as it is from music or any art form, using the skills I have developed while studying mathematics has informed me on how I behave as an artist and as a person.  Math crushes your one perspective into a trillion perspectives.  When you really allow yourself to be open to it, it actually opens you up.

“I honestly think that math can be paired with any other interest in a relevant way (I was seriously going to study mathematical music theory in grad school. It is an actual thing!)  But ultimately, it doesn’t matter how relevant you find it in the beginning. If your gut is telling you to open a math book, do it, because math is clearly a part of who you are!”

We congratulate Andrea on her amazing accomplishments to date – including being almost certainly the first Princess Tiana to have been a math major – and look forward to seeing all of the great things that await in her future.