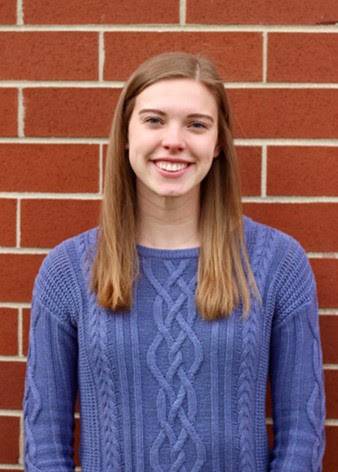 Anna Stover, a fourth-year student in secondary mathematics teaching, is this year’s Outstanding Graduate.  In addition to being an excellent student in all of her classes, Anna has sought out a wide range of experiences that have complemented her classroom work.  She sees doing mathematics as very much a social activity, and she hopes to instill that experience in her students.

After visiting Michigan and Michigan State, Anna decided on Grand Valley because “it’s a big school that feels like a small school … Grand Valley just felt more like a family” and a place where she could make strong connections with fellow students and faculty.  She says she hasn’t been disappointed and would recommend Grand Valley to anyone given the close access she’s had to professors and unique learning opportunities.

While she had taken AP Calculus and Statistics in high school at Caledonia, Anna entered without having a firm idea of what major felt right for her.  Anna’s mother, who is a math professor at Davenport University, recognized Anna’s talent and encouraged her to take more math classes at Grand Valley, advising her that a lot of careers relied on math.  At the same time, Anna was looking for a career that would connect her with other people and felt that traditional careers, like accounting or engineering, wouldn’t be a good fit.  Toward the end of her first year, she began to realize that teaching would allow her to combine her love of math and her desire to work closely with others.  So in her next year, Anna began working as a Structured Learning Assistant providing additional support for students in sections of our introductory algebra courses.

Anna says she appreciates the environment fostered by the math department that has enabled her to build connections with so many faculty and students.  Spending time in the Peer Collaboration Space, a communal space for math majors to gather and study together, allowed her to get to know most of the math majors she is graduating with and to build community with her professors.  She also describes the Math & Stats Club as a great opportunity to do mathematics in a social environment.  For instance, she remembers pausing a game of Yahtzee so that they could determine the probability of rolling a Yahtzee on the first roll and how much she appreciated being with others who shared the same passion for mathematics.

Anna also served as a mentor in an ongoing women’s math circle, organized by Professors Alayont and Keough, and loved being able to guide newer students in doing fun mathematics while also forming friendships that went beyond the circle.  Through experiences like these, she sees mathematics as something that can draw people together. 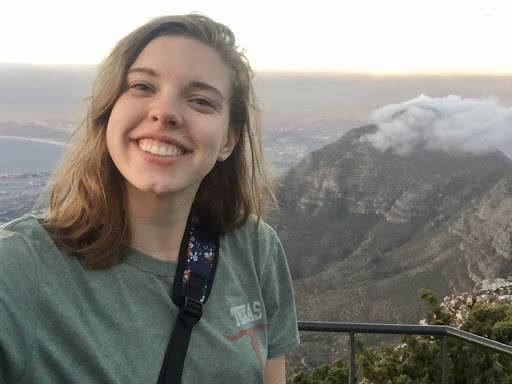 As another outcome of her participation in the math circle, Anna learned about opportunities for doing summer research through an REU (Research Experiences for Undergraduates) program.  While there are many math REUs around the country, there are relatively few that are focused on math education, but Anna put a lot of energy into finding them and last summer participated in an REU at Illinois State University designed for pre-service secondary math teachers.  During the first part of the program, Anna worked with a group of students researching a problem in hyper-graph theory.  Later the work evolved into organizing a summer math camp for high school students from across the country, a feature facilitated by the virtual environment.  Anna describes the students as initially being somewhat intimidated since they were asked to do original mathematics research with people they weren’t familiar with.  But she was also impressed with how they came together and learned to collaborate and with the creativity and joy that went into their final presentation.

Anna also participated in a study abroad taking a language class in South Africa before her junior year.  In addition to the adventure of traveling in a different part of the world, she appreciated the opportunity to live with a diverse group of students and came to understand the different perspectives that others brought to her living group.

From leading SLA sections to finding a unique REU program and mentoring fellow students within the women’s math circle, Anna has always chosen a path that’s felt right for her and that’s led her to build strong relationships with others.  She encourages fellow students to pay attention to their own interests and not worry if their friends are exploring different interests and opportunities.  She says, “I think I’ve ended up with some really cool opportunities, but the way I did that was following what I was most interested in and being willing to ask questions.”  If you do that, “things will come your way.”  To share her approach to finding new opportunities, Anna used her senior honor’s project to create a guide for navigating a mathematics education major here at Grand Valley.

After graduation, Anna will be working as a long-term substitute teacher in Lowell, MI for the remainder of this school year.  She’s also currently at work preparing for a summer camp for middle school students run by Grand Valley and centered around renewable energy.  In the fall, she hopes to have a permanent teaching position now that school districts are starting to advertise openings.

We appreciate everything Anna has contributed to the math department during her time here and can’t wait to see what amazing things she accomplishes next. 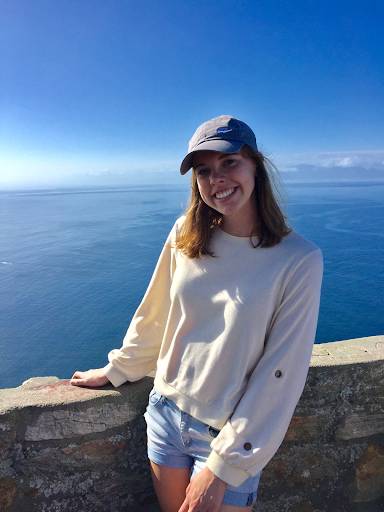 Anna at the Cape of Good Hope, the dividing line between the Atlantic and Indian Oceans


Page last modified April 16, 2021
Report a problem with this page