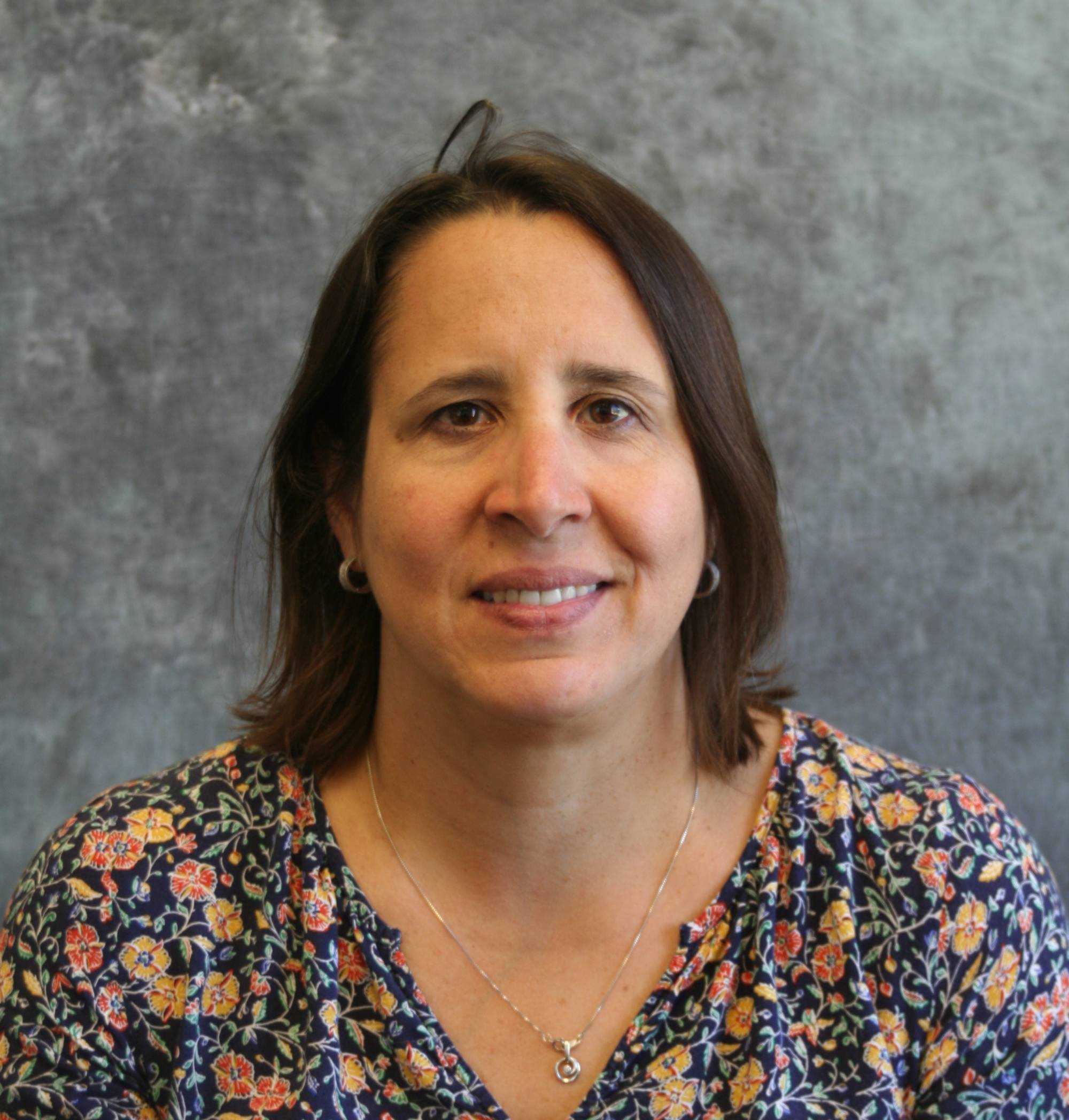 The mathematics department is pleased to introduce its newest faculty member, Norma Ortiz-Robinson. Norma has followed a circuitous path from her childhood home in San Juan, Puerto Rico to Grand Valley.

Growing up in a family of lawyers, Norma assumed that she would become a lawyer someday. However, after playing basketball for four years in high school, she was recruited to play at the University of Louisiana at Lafayette where she decided to enroll in the engineering program. After a change in the coaching staff, Norma left the team and, after taking a computer science course, she decided to pursue a major in computer science instead.

After completing her degree in computer science, Norma served as a co-director of Chi Alpha Christian Fellowship at Louisiana State University. After a few years, she found that she was missing more analytical work so she decided to take an abstract algebra course at LSU. She loved the class and found herself working hard and doing well. When the course ended, the mathematics department encouraged her to take more courses and offered her a tuition waiver. During this time, she was coaching basketball at a middle school and with the Amateur Athletic Union and was approached by a high school offering her a full time coaching position. Nevertheless, she decided to take advantage of the offer from LSU and pursue a Master’s degree in math. One thing led to another, however, and after passing the PhD qualifying exams she decided to pursue a Ph.D.

Norma’s interests led her to study applied math for she sees it as a way to answer questions that can help people. More specifically, her research interests are in optimal control, which studies how systems evolve and how we can control them to evolve in desirable ways. A car is a good example. Without input from a driver, the ordinary equations of motion determine how a car moves. A driver, however, can provide input through the gas pedal and brake to influence the car’s motion. Optimal control is the study of how to control a system to optimize some objective and applies to a wide variety of systems observed in the natural world.

After earning her PhD from LSU in 2005, Norma took a faculty position at Virginia Commonwealth in Richmond, Virginia, where she worked for 13 years. During that time, Norma continued her research and played an important role in the growth of the VCU mathematics department. She served as the Interim Chair while the department searched for a new chair, after which she became an Associate Chair. She took a lot of satisfaction in creating structures that organized the work of the department and enjoyed learning about the many aspects of the job.

Norma was drawn to Grand Valley because it seemed like a good fit for her professionally, and west Michigan allows her to connect with family more easily. She felt that every aspect of her talents would be appreciated here, and she enjoys the support of her colleagues in both furthering her research and teaching.

Putting her expertise in applied math to use, Norma has played a vital role in helping the department create the new applied mathematics emphasis. As part of this work, Norma is creating a new course, Mathematical Modeling, that will be required of all math majors who declare that emphasis. She has also initiated an undergraduate research project, which will be funded by the Summer Student Scholars program and which will apply ideas from optimal control to develop best strategies for cancer injections.

Besides her work in our department, Norma enjoys spending time with her husband and two boys and maintaining an active lifestyle. She enjoys sports, running, hiking, canoeing, cycling, and rock climbing. She also enjoys the performing arts and playing the guitar.

We’re glad that Norma has chosen to join us. We appreciate everything she has already contributed to our department in her first year and can’t wait to see what things she accomplishes in the future.


Page last modified April 5, 2019
Report a problem with this page