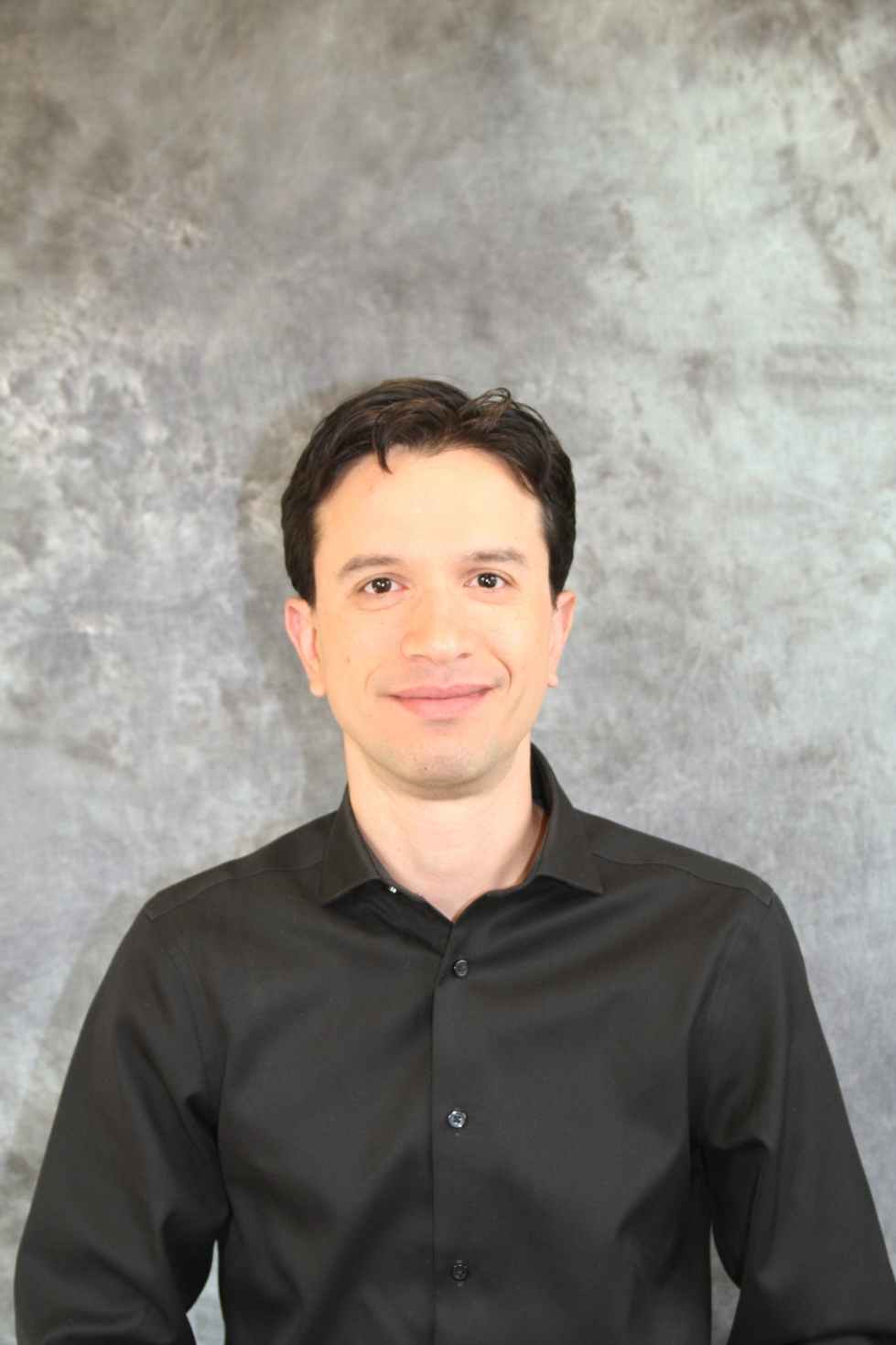 Rene Ardila, who began a faculty position at Grand Valley this past fall, came to mathematics through a less conventional path.  As a high school student in Colombia, Rene did well in his mathematics courses but had the sense that he didn’t really understand the subject or care deeply for it.  He did, however, feel passionately about music, which led him to study jazz guitar at the City College of New York.

After graduating, Rene describes himself as living the struggling “jazz life,” playing gigs at night and working part-time jobs in the day.  His quartet played jazz standards as well as his own compositions and provided him with the opportunity to perform with well-known musicians, such as Grammy-nominated Hector Martignon and John Benitez.  Over time, Rene began to notice that he increasingly wanted to arrange his compositions using mathematical ideas.  For instance, he began to use odd meters, which gave him a way to express his thinking about numbers and patterns, and he describes his feeling that an interesting harmonic progression is like a good mathematical proof with a surprising punch line.  Here is one of Rene's compositions.

Over time, Rene found himself reading math books and doing so with a different perspective since he was interested in understanding rather than just getting a grade.  As luck would have it, this coincided with an opportunity he had to teach at Boricua College in New York City.  Through both his reading and his teaching, Rene began to experience the same kind of “aha” moments he found in music.  Eventually, he began to take mathematics courses at City College, motivated purely by his passion for the subject.  Over time, he came to see that he could do math for a living.  He started to play around with research ideas and was able to continue doing so in an REU (Research Experiences for Undergraduates) program.  This led him to think about earning a Ph.D. in mathematics, which he eventually did at the University of Iowa.

Rene’s mathematical interests lie in operator algebras.  In the 1950’s, the Japanese mathematician Kiiti Morita developed a tool to compare the algebraic structure of different objects.  On the surface, these objects may appear very different, but Morita’s work gives a powerful way to reveal important similarities, which we now call Morita equivalence.  Rene’s thesis advisor at Iowa has created some operator algebras that Rene has been investigating using Morita’s theory.  In addition, Rene is interested in connections between music and mathematics and is investigating musical representations of some mathematical ideas.  In this way, he hopes to use his music background to develop interdisciplinary collaborations with musicians.

Grand Valley appealed to Rene since he felt the mathematics department here was aligned with the professional life that he wanted for himself.  He appreciates working with small class sizes and that the teaching environment is not restricted to a single philosophy.  In addition, he enjoys pursuing his teaching and research interests while knowing there are opportunities to do many more things as well.

Outside of work, Rene still listens to jazz and enjoys attending performances at St. Cecilia’s.  In addition, he has been cycling and exploring his new home in Michigan, particularly Lake Michigan and towns on the lakeshore.

We are happy to welcome Rene to Grand Valley and appreciate the wealth of experience and the passion he brings to our department.